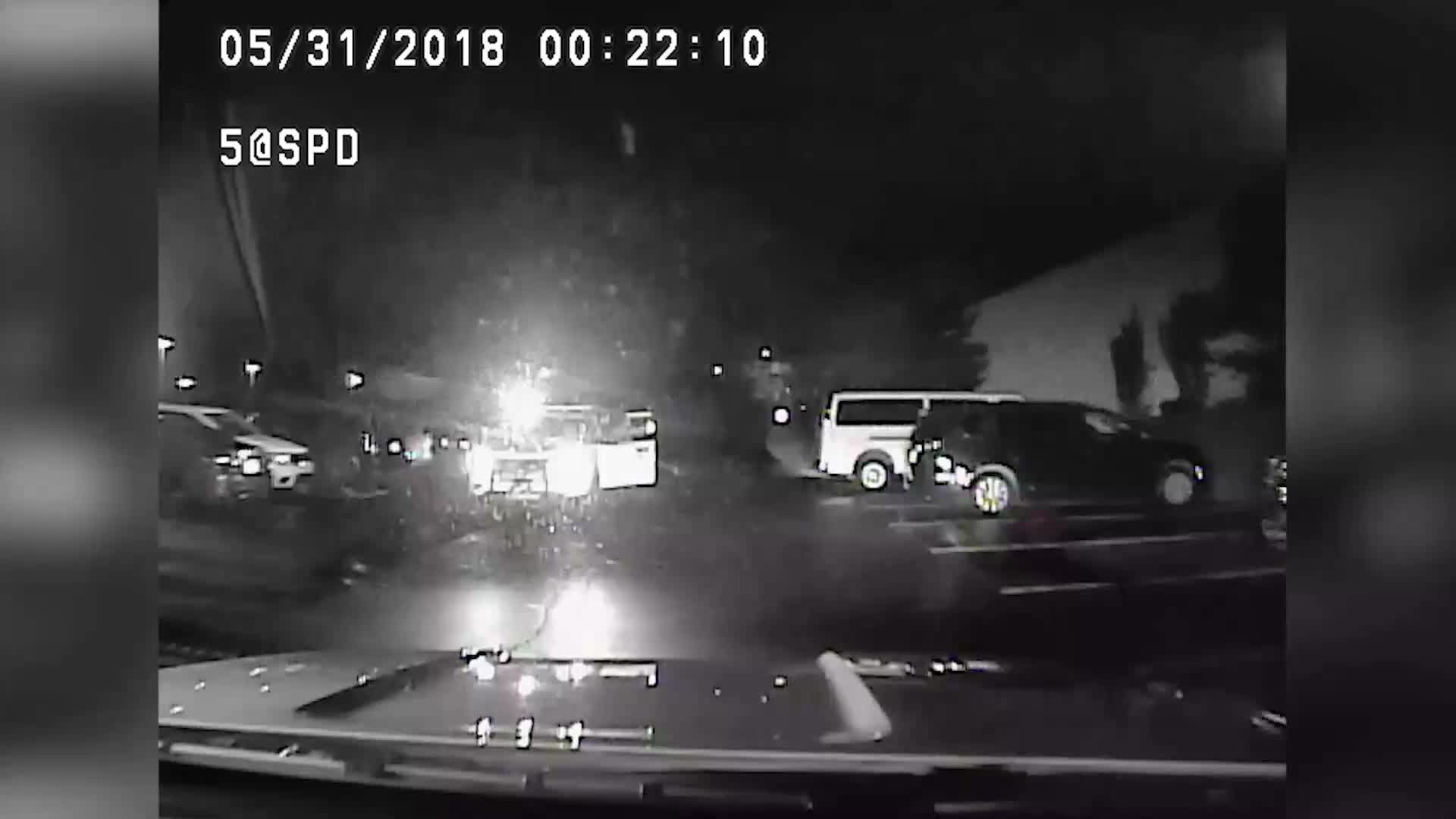 After a high-speed chase, cops in Ohio this week captured a young outlaw couple suspected in several bank robberies.

"Bonnie and Clyde" pair Joshua Beall, 29, and Casey Louis Cole, 19, were taken into custody Wednesday night without firing a shot, after they crashed their stolen car into a house while being pursued by police in Sharonville, Ohio.

A dashcam video documented the action.

“The suspects were wanted for a homicide that occurred earlier in the Dayton, OH area as well as multiple bank robberies in Oakwood, Beavercreek and Dayton. The car was stolen in an aggravated robbery in Huber Heights,” according to a news release by the Sharonville Police Department.

After taking the pair into custody, police searched the car and found a fully-loaded Taurus PT-99 9mm pistol with an extended magazine containing 33 rounds of ammunition, $466 in cash, a red wig, a loaded syringe “in a sharps container” and one green purse, according to a police report obtained by Oxygen.com.

A spokesperson for the Dayton Police Department, Cara Zinski, confirmed that Beall is a suspect in a homicide that occurred in Dayton on Wednesday evening. WHIO TV, the local ABC affiliate, reported that Beall is suspected of shooting and killing Donald E. Armstrong III, 26, of Cincinnati. Beall is scheduled to appear in court on Friday.

The alleged crime spree began on Sunday, when Beall ordered a pizza from Dominoes and had it delivered behind a business in Huber Heights, Ohio, according to Lt. Matt Dulaney of the Huber Heights police department. Beall then robbed the delivery person’s car at gunpoint, Dulaney said.

That car, a black Mazda, was the same one Beall and Cole were caught in after they crashed on Wednesday night, according to a Huber Heights Police Department news release.

On Wednesday afternoon, Beall and Cole allegedly robbed the LCNB National Bank, in Oakwood, Ohio, a Dayton suburb, according to police. The heist yielded $2,518, according to a police report obtained from Oakwood police by Oxygen.com.

During that robbery, Cole is alleged to have entered the bank, “wearing jean shorts and a button up shirt,” and “presented a note stating this was a robbery, and demanded money.” When the bank teller complied, Cole asked for the note back and “fled the bank without incident,” the report says.

A photograph of the bank robber was released by Oakwood police. It depicts a white female with auburn hair pulled back, wearing glasses and a red shirt.

Information about the couple’s other alleged crimes was not immediately available, but police said they suspect Beall may be the man who robbed a Beavercreek bank, wearing heavy makeup, twice, on May 26 and May 29.

Sharonville police found the stolen black Mazda, with Beall and Cole inside it. When police approached the vehicle, they took off, “in an effort to escape,” the statement said. Then they crashed, and were captured.

Beall and Cole are both in custody, held in separate jails, and face multiple charges in at least three jurisdictions, officials said.