An 11-year-old boy is accused of stealing his mom's vehicle and leading police on a high speed chase in Ohio after he got angry when his mom took away his PlayStation, police said.

The chase, which ended when the boy crashed into a parked car, was the third time in just over a year that he's stolen one of his parent's vehicles.

The altercation with police began around 11 p.m. Sunday evening, when a police officer noticed a black Dodge Dakota pulling into the parking lot of a former fire station in Brooklyn, Ohio, according to an incident report obtained by Oxygen.com. Sgt. Cindy Eschweiler pulled into the parking lot to see whether the driver needed assistance and had just begun reading the plate number to dispatchers when the vehicle pulled out of the parking lot, swerved into oncoming traffic, fled from the scene, and ran a red light.

Eschweiler started a high-speed pursuit after the car that would reach speeds as high as 87 miles per hour, according to the incident report.

"The vehicle crossed the double yellow lines, into the opposing lanes and continued to accelerate its speed," she wrote in the report. "At one point the patrol car speeds reached in excess of 70 mph and the suspect vehicle continued to gain distance." 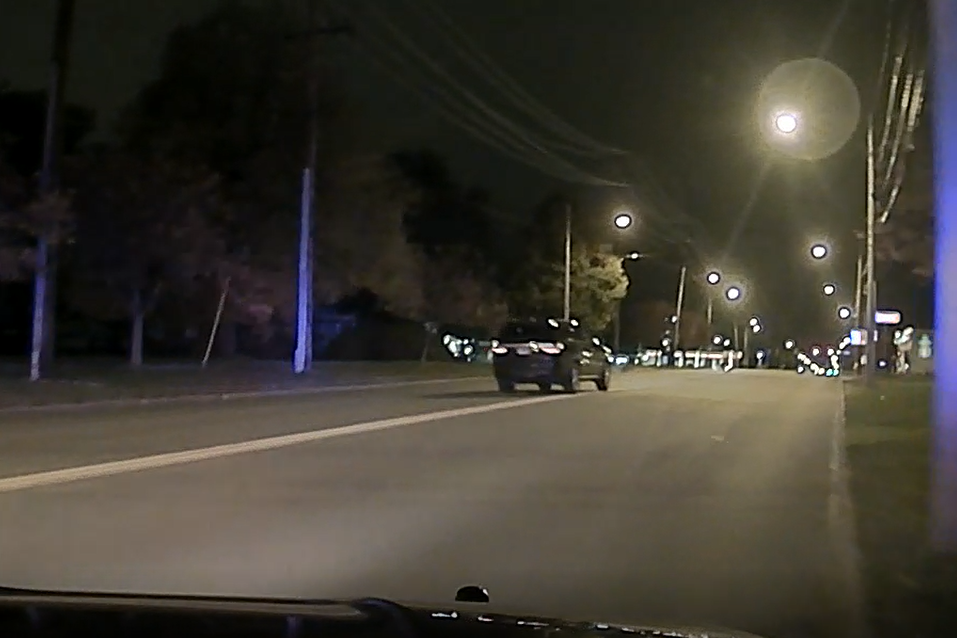 The driver flew through "numerous" red lights and showed a "willful disregard for public safety," according to a media release from the Brooklyn Police Department, obtained by Oxygen.com.

A second officer from the Parma Heights Police Department took over the pursuit after the vehicle — which had no headlights on — flew past the officer at an intersection. The officer soon lost sight of the driver, despite going 75 miles an hour.

Police officers backed off the pursuit after a call came in from the boy's father, Christopher Hampton, who said he believed his 11-year-old son was driving the car and had taken the vehicle without his mother's permission.

A short time later, the Durango crashed into a parked truck and the boy, who was apprehended at the scene, was taken to the hospital with minor injuries.

The driver of the parked truck told police he "heard the crash and when he came outside he observed one male walking away from the area and then the male collapsed," the incident report said.

The boy's mother, identified in the report as Amber Eckert, would later tell Patrol Officer Steve Reitz that she and her son had gotten into an argument earlier that night and she'd taken away his PlayStation. She told her son to go to bed and went to bed herself, only to be woken up a short time later by her boyfriend, who told her he thought her son had taken the Durango.

She called the boy's father because she thought he may be heading that way. Hampton saw his son drive past him and got into his car to pursue the vehicle.

The boy allegedly later told police he crashed the vehicle because he "wasn't paying attention," the release said.

This is the third time in just over a year that he has stolen one of his parent's vehicles. On Oct. 16, 2017, police said he stole his mother's vehicle because he was "bored." The car was later found on an Ohio interstate with several flat tires.

That same month, on Oct. 26, 2017, the boy stole his father's vehicle and got into a high-speed chase with police that exceeded speeds of 100 mph. The chase ended when police used stop sticks and a PIT maneuver, police said.