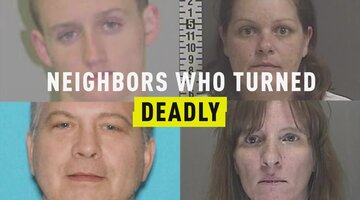 Four members of an Ohio family accused of systematically executing eight members of another family have been arrested in connection to one of the state's most infamous and baffling murders.

Ohio Attorney General Mike DeWine on Tuesday announced the arrests of a husband, wife, and their two adult sons for the brutal slayings of eight residents of Pike County who were killed in mid-2016. The victims, who were all killed on the night of April 22, 2016 in four different trailer homes, included seven members of the Rhoden family and the fiancée of one of the victims. Three children, including some who had been sleeping in the same bed as their murdered parents, were left unhurt.

Saying that that the alleged perpetrators from the Wagner clan were “under the cover of darkness,” DeWine detailed the arrests both in a press conference held late Tuesday afternoon as well as in tweets posted on his official Twitter page.

“We promised that the day would come when arrests would be made in the Pike County Massacres — today is that day,” DeWine told reporters, alleging that the family members would likely be shown to be responsible for the “heartless, ruthless, cold-blooded murder[s].”

Adding later that he believes “the evidence will show the suspects' months planning their crimes,” DeWine called the incident “by far the longest, most complex investigation” he has been a part of.

Shortly afterward, DeWine took to Twitter to detail the charges the family members are facing, which include “conspiracy, engaging in a pattern of corrupt activity, tampering with evidence, and obstruction of justice. They are also accused of forging custody documents.”

A motive has not yet been released.

Jake Wagner and Hanna Rhoden, one of the victims, share a daughter. The couple had allegedly worked out a custody arrangement for their young daughter before the killings, however, some had described the arrangement between the two as contentious, according to the Cincinnati Enquirer.

Jake Wagner and his mother both previously told the paper that it was an amicable agreement.

Angela Wagner had previously said the two families were longtime friends, according to the Enquirer, although others had claimed Christopher Rhoden Sr. and Billy Wagner had once been business partners who had fallen out with one another.

After the killings, the Wagner family moved to Alaska, in part to get away from scrutiny that they may have been involved in the killings.

"Really the point to moving up here was basically get into a better environment so they wouldn't talk about us. Sophia is getting older, so she wouldn't hear it," Jake Wagner reportedly told The Enquirer in June 2017 about the daughter he shared with Hanna Rhoden.

Just this September, investigators released the chilling details of the slayings in autopsy reports that described the deaths in gruesome details. Nearly all the victims had been shot multiple times in the head.

Christopher Rhoden Sr., who had been shot nine times and was in a back bedroom of a trailer, appeared to have decomposed more than the other bodies, suggesting he may have been killed first, the Chillicothe Gazette reported at the time. Gary Rhoden was found in the same trailer.

Dana Rhoden was killed in the same trailer as her children, Chris and Hanna. She had been shot four times in the right side of her head and a fifth time under her chin, the newspaper reports. Hanna Rhoden was found shot twice in the head laying next to her 5-day-old daughter, who was not hurt.

In another trailer, Frankie Rhoden and his fiancée, Hannah Gilley, were shot in their bed, while their 6-month-old son slept between them. The baby and Rhoden's other 4-year-old son were not hurt.

Christopher Rhoden Sr.'s older brother Kenneth Rhoden was also found shot once in the head in another camper.