A Florida man and former pastor is being accused of raping his 13-year-old step-daughter and then threatening her with voodoo to keep her quiet, police say.

Avo Avard Roker was arrested Saturday at an airport and was charged with three counts of sexual assault by a person with custodial authority on a victim between the ages of 12 and 18, according to Broward County jail records.

Police say the 32-year-old had sex with his 13-year-old step daughter more than 65 times over a yearlong period that ended in December 2016, according to the Miami Herald.

A second man, Ricardo Strachan, 40, was also arrested and charged with one count of lewd and lascivious battery on a minor between the ages of 12 and 16 years old, after police say he sexually assaulted the same young girl — allegedly having sex with her more than 36 times in the parking lot of her high school or in a nearby hotel, the Miami Herald said.

Roker introduced his step-daughter to Strachan at The Prophetic Worshippers International Church in Lauderhill, Florida, where Strachan once served as a pastor. 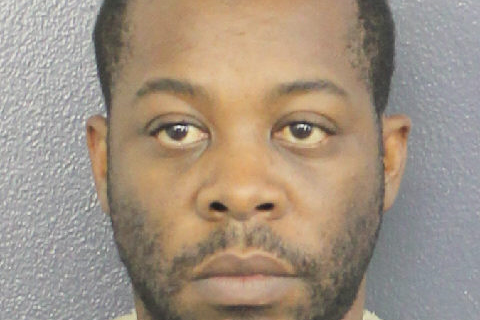 After the sexual abuse began, police say the pair threatened the 13-year-old by telling her they would harm her if she told anyone about it.

Police have also accused Strachan of forcing the girl to steal clothes from her family so that they could be used in voodoo rituals if she ever alerted authorities, the Miami Herald reported.

The abuse was reportedly discovered after the victim's cousin noticed her stealing clothes and other items from the family's home. The cousin had also noticed changes in the girl's sleeping patterns, WPLG reported.

"He completely denies them and he's looking forward to his day in court," Strachan's attorney, Lawrence Hashish, told NBC 6.

He is being held at the Broward County jail on $100,000 bond, although a surety bond is pending, according to jail records.

Mom Of Slain Boy Hopes Suspect ‘Will Rot In Hell’