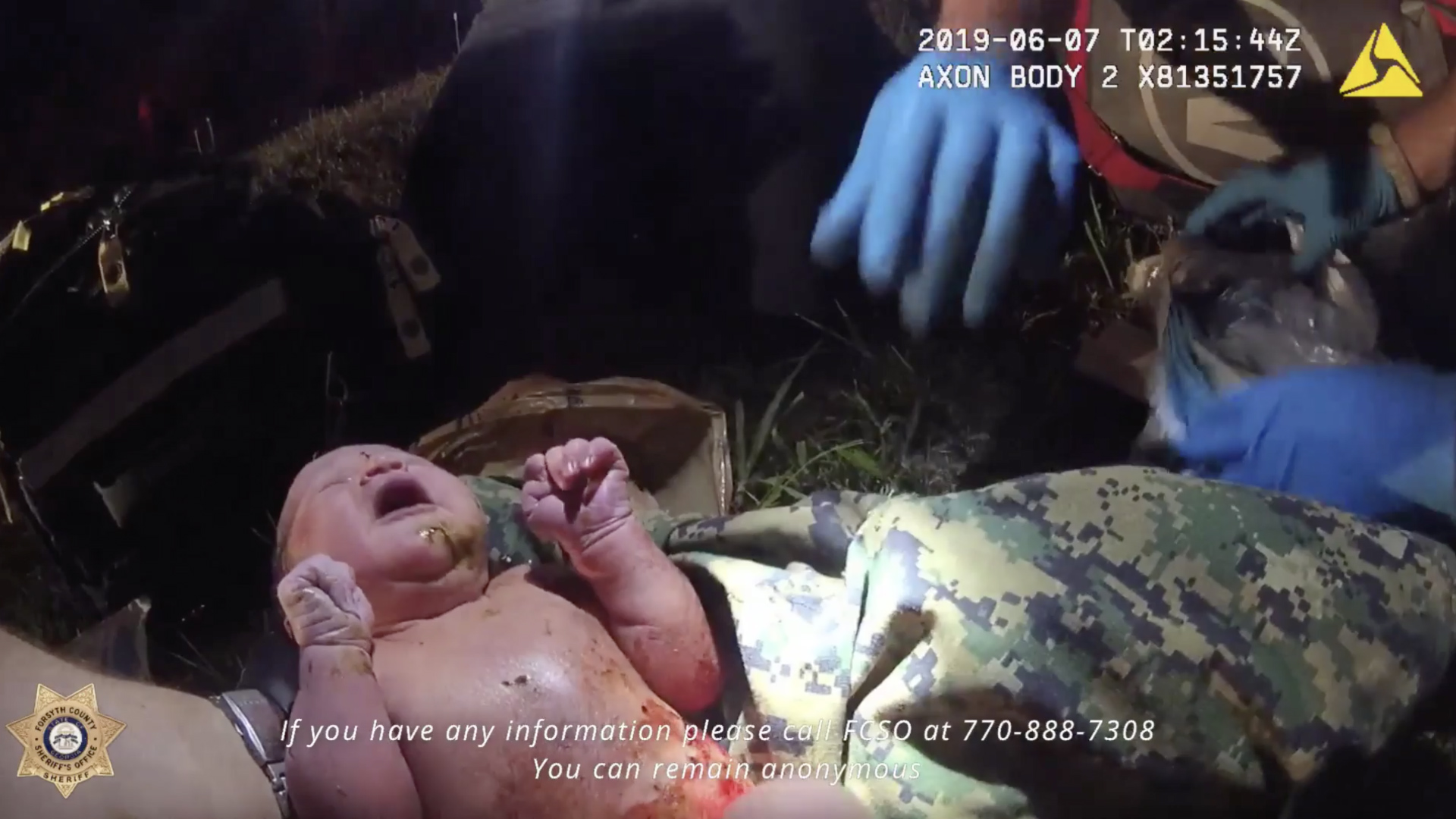 She began her life alone in the Georgia woods, buried in a plastic bag, but just days after baby India’s miraculous rescue, people are "waiting in line" to give the infant a new home.

More than 1,000 people in places as far off as Ireland have reached out to the Forsyth County Sheriff’s Office to inquire about giving the baby a permanent home after she was discovered abandoned in the woods, according to NBC’s "TODAY".

“It’s amazing the number of people who are looking to take on a new life into their families and we got somebody who tried to throw one away,” Sheriff Ron Freeman told the morning show.

The baby was discovered June 6 at approximately 10 p.m. in a plastic bag that had been left in the woods; the newborn's umbilical cord was still attached. A resident and his children heard the baby’s cry and went to investigate.

Earlier this week, the sheriff’s office released dramatic body cam footage showing the moment the baby was rescued from the bag as authorities try to identify where the baby came from or who her parents may be.

Tom Rawlings, the director of Georgia’s Division of Family and Children Services, told “Good Morning America” that so far authorities have been unable to identify a parent or relative.

“Baby India is doing great, her health is good, and miraculously, considering what she went through, she is doing so well,” he said. “We’re hoping of course that we can find perhaps who did this but we’re also hoping we can get her in a home that will be her forever home as soon as we can.”

Rawlings said that people are now “waiting in line" to provide the girl with that home.

She is currently staying in a foster home, where she is being well cared for, he said.

After a career of dealing with tragedy, Rawlings called the discovery of baby India alive and well a “miracle.”

“I’ve been working child protective services for almost 20 years now, this is one of the most exciting, wonderful miracles I’ve seen in my life,” he said.

Anyone with information about the baby’s possible origins is encouraged to contact the sheriff’s office.