Sign Up for Free to View
Infamous White Collar Criminals 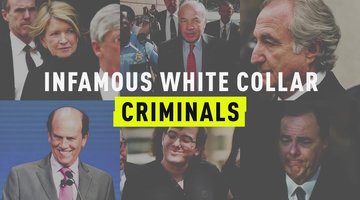 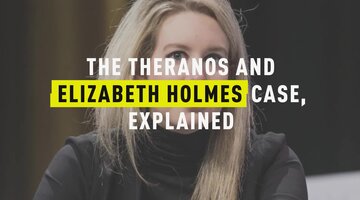 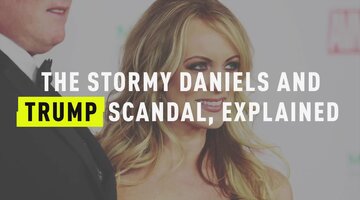 The widely despised pharmaceutical executive Martin "Pharma Bro" Shkreli was found guilty of defrauding investors in what was described by prosecutors as an $11 million Ponzi scheme on August 4, 2017. The trail was plagued by complexities, with a judge encountering difficulties in securing an unbiased jury. Now, Shkreli has been setenced to 7 years in prison.

At the sentencing, Shkreli was seen crying amidst the deliberations, according to The Associated Press.

“I’m not the same person I was. I know right from wrong. I know what it means to tell the truth and what it means to lie,” he said before apologizing to his investors. “I am terribly sorry I lost your trust. You deserve far better.”

Shkreli first rose to public infamy after notoriously gouging the price of a life-saving HIV medication by 5,000 percent. He quickly became known for his troll-ish antics, including his penchant for live-streaming sessions and the purchase of an ultra-rare Wu-Tang Clan album (which he was recently forced to forfeit, along with $7.3 million in a brokerage account).

Shortly after being found guilty, Shkreli had bragged about the verdict on his YouTube channel, saying that “A few months of jail doesn’t scare me. I saw 9/11,” according to The New York Post.

“I’m one of the richest New Yorkers there is, and after this outcome, it’s going to stay that way," he added.

Shkreli later changed his tune, saying to the judge in a letter that the months he spent at a Metropolitan Detention Center in Brooklyn had made him realize the error of his ways.

"I was a fool ...  I accept the fact that I made serious mistakes, but I still believe that I am a good person with much potential ... The trial and the six months in a maximum security prison has been a frightening wake-up call," Shkreli wrote, according to CNBC. "I understand how I need to change."

"This portrayal of Shkreli is skewed," prosecutors, who recommended a 15-year sentence, wrote, according to CNBC. "It does not accurately reflect who he truly is — a man who stands before this Court without showing any genuine remorse, a man who has consistently chosen to put profit and the cultivation of a public image before all else."

"And a man who believes the ends always justifies the means," prosecutors wrote, underlining the word always, according to CNBC.

At the sentencing, prosecutors continued this line of argument.

“I also want to make clear that Mr. Shkreli is not a child,” said Assistant U.S. Attorney Jacquelyn Kasulis, according to The Associated Press. “Mr. Shkreli is about to turn 35 years old, he’s a man. He’s not a teenager who just needs some mentoring. He is a man who needs to take responsibility for his actions."

Defense lawyers in the case had previously argued that Shkreli "is really a special kid who could cure cancer if left alone," according to CNN.

Shkreli was led out of the room in handcuffs after Judge Kiyo Matsumoto delivered the sentence.