"We are all shocked and deeply concerned for Elias' mother, as well as for Elias and his entire family," the team shared in an official statement. "We have Elias' mom and Elias' entire family in our prayers.  We are using all of the resources available at the Pirates and Major League Baseball to support Elias and his family during this incredibly difficult time.  As we work with authorities on his mom's safe return, we will withhold further comment and ask that you please respect the family's need for privacy."

There are few details in the incident. Diaz’s mother was reportedly kidnapped in San Francisco, in the state of Zulia, on Thursday afternoon, per an article from the Venezuelan website Meridiano. As the Pittsburgh Post-Gazette reports, kidnappings have been on the rise in Venezuela following government instability and a violent political situation. Other Pirates players have spoken out against the Venezuelan government. 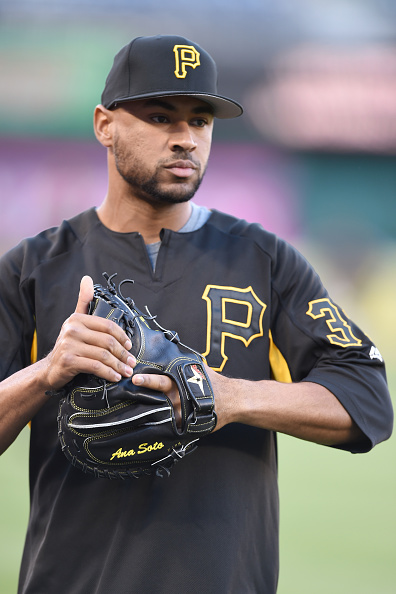 “It's hard to wake up every day and [see] what has happened,” Felipe Rivero said last year. “You see people dying. You see pictures every day. And you try not to take that into the game. It's tough.” “All the Venezuelan athletes in the world, we’ve got to make noise,” Francisco Cervelli said. “The people in my country are lonely. They are fighting, and no one is helping. People born in Venezuela are killing their own people. It’s crazy. They shouldn't have the kind of power to do what they're doing. It's been 18 years [of Socialist Party rule] already. It’s out of control.”

27-year-old Diaz has 206 plate appearances across parts of three major-league seasons with the Pirates. Last season, he played in 64 games for the team.

At Hearing, Britney Spears Says Dad Should Be ‘In Jail’

New Trial For Ohio Man Convicted Of Murder In 1989