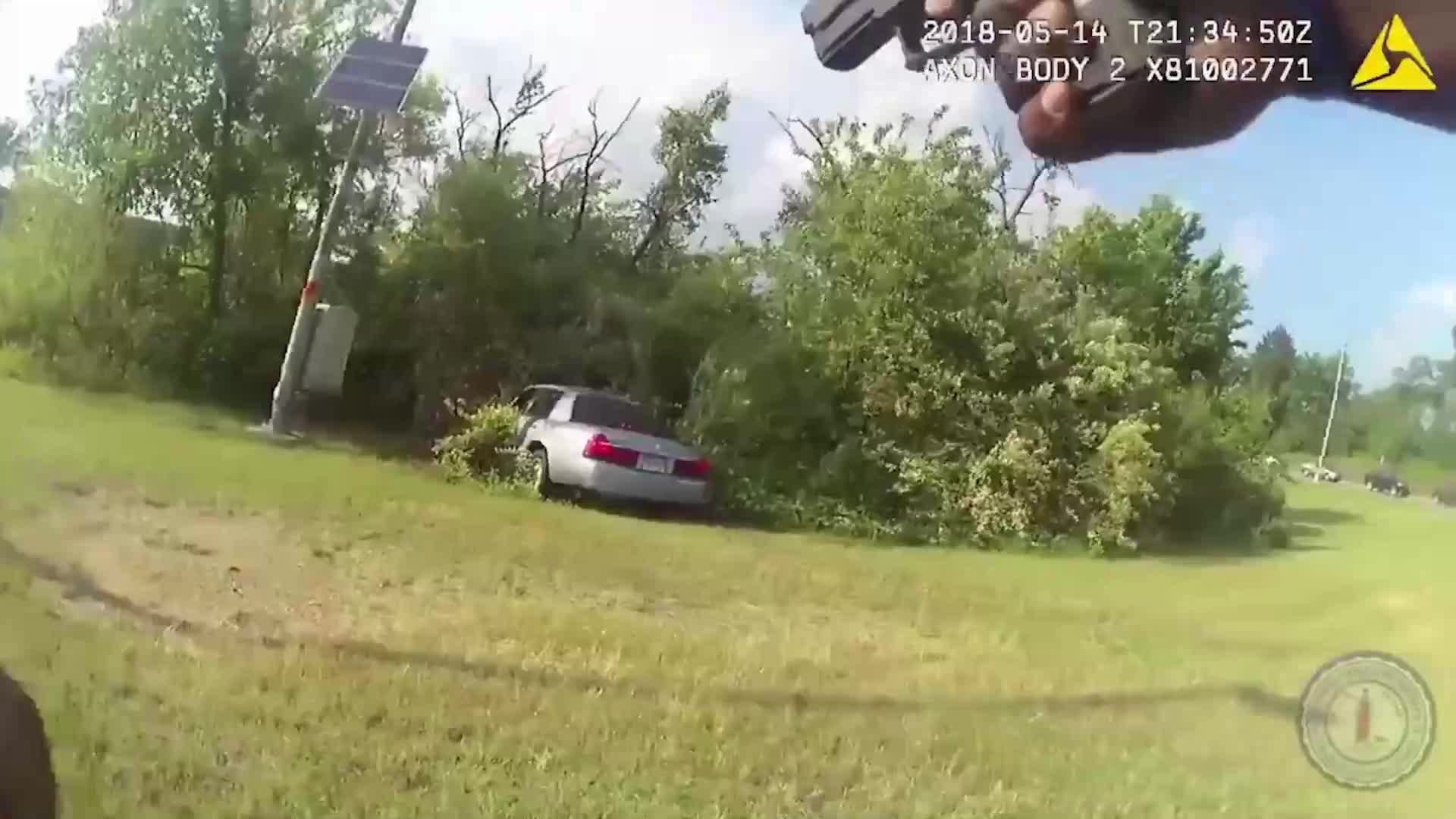 The video shows what happened on May 14, when police officer Michael Nyantakyi shot Marcus-David Peters, 24. After Peters charges towards him, the officer fires a Taser several times at him, but it doesn't seem to deter him. Within seconds, Nyantakyi shoots two rounds from his firearm into Peters' abdomen.

Peters, a teacher at Essex County High School with no criminal record, died that night at a nearby hospital.

In the video, the officer can be heard calling Peters "mentally unstable” before shooting him.

“It was all said and done in 18 seconds, ladies and gentlemen. That’s fast. That’s important,” Richmond Police Chief Alfred Durham told reporters at a press conference on Friday, the same day the footage was released. “I only wish that we could’ve helped Mr. Peters. […] Unfortunately, the situation didn’t turn out that way.”

Peters' friends and family, as well as many community members, say deadly force never should have been used. More than 200 people gathered at the Second Baptist Church in Richmond on Saturday to speak out against the shooting, according to The Associated Press.

"One thing that was made clear is that our officers, nationwide, need to be equipped with more than strategies that [use] deadly force," Peters’ sister Princess Blanding, told WRIC in Richmond. "Our officers need to be trained in de-escalation. And better training in crisis intervention. We also need to note that training without accountability is useless.”

“Having a mental breakdown in the middle of traffic should not be a death sentence,” Rob Gibson, Peters’ friend from college, told the Associated Press.

According to police, before they approached Peters, he had crashed into a vehicle with his car at an intersection. Police said he hit two more vehicles on the highway before fleeing from his car naked.

Durham defended the officers’ actions at Friday’s meeting, saying that police officers get just 40 hours of training about how to deal with the mentally ill.

He urged the community not to cast judgment on the cops.

"We want a fair and thorough investigation. Do not pass judgment. If you do, shame on you.”

Nyantakyi has been placed on paid administrative leave pending an investigation of the fatal shooting.