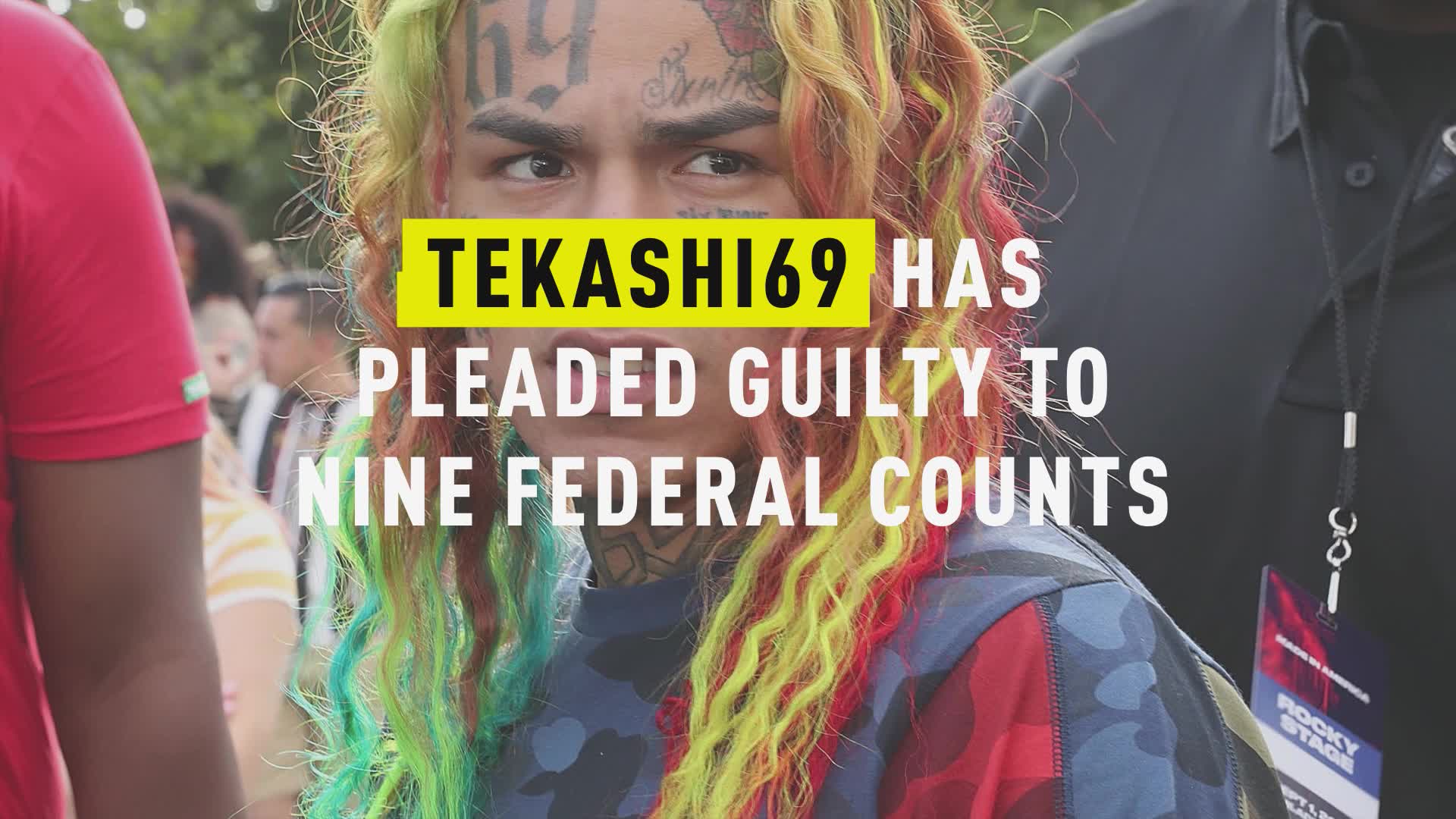 The hip hop artist, whose real name is Daniel Hernandez and also goes by the stage name 6ix9ine, entered his plea on Jan. 23. He now admits guilt on multiple counts of racketeering, conspiracy, firearms offenses and narcotics trafficking.

The rapper has not yet been sentenced, according to TMZ. Documents unsealed on Feb. 1 indicate that Hernandez had been dealing heroin, fentanyl, ecstasy, amphetamines and marijuana. The conspiracies Hernandez has admitted to involved multiple acts of murder, robbery and extortion.

Hernandez plans on cooperating with federal officials "against multiple violent people associated with the same criminal enterprise of which he admits, or will soon apparently admit, being a member," according to court records obtained by NBC New York.

The documents allege that Hernandez had been involved with the Nine Trey Gangsta Bloods, "a criminal organization whose members and associates engaged in, among, other activities, acts involving murder, robbery, and narcotics trafficking."

In transcripts of of the plea hearing, Hernandez explains some of his involvement with the Nine Trey Gangsta Bloods,

"I paid a person to shoot at a rival member of Nine Trey to scare him. The shooting took place in Manhattan. I did this to maintain or increase my own standing in Nine Trey," he said, according to The New York Times.

Tekashi also admitted to selling a kilo of heroin in 2017 and apologized for his actions.

"I apologize to the Court, to anyone who was hurt, to my family, friends and fans for what I have done and who I have let down," he said in court.

"An entertainer who portrays a 'gangster image' to promote his music does not make him a member of an enterprise," Lazzaro said in November.

Hernandez had been arrested in New York City on Nov. 18 along with ex-manager Shottie, (née Kifano Jordan), and their associates Faheem Walter (aka Crippy), Jensel Butler (aka Ish), Jamel Jones (aka Mel Murda), and Fuguan Lovick (aka Fu Banga), shortly after he fired many associates from his management team.

Alleged video evidence of Hernandez ordering a hit on a rival artist had been obtained shortly after his arrest.

Hernandez had previously pleaded guilty to three felony counts of the use of a child in a sexual performance in November 2017.

Hernandez had risen to prominence as a figure on social media, following through on his unlikely popularity with a series of singles and mixtapes in 2017, many of which were commercially successful despite a plethora of negative reviews from notable critics.  His multi-platinum hit "Fefe" with Nicki Minaj hit the No. 1 spot on Billboard's On-Demand Streaming Songs chart in August 2018, according to Billboard.