The reign of a modern-day Bonnie and Clyde has come to an end.

Seitaro Kline, 39, and his wife Carrie Kline, 34, were also charged with one count of conspiracy.

They were given the name "Criss-Cross Bandits" because the couple would alternate who would commit the robberies, according to a release from the FBI. During the robberies, the suspect would hand bank employees a note demanding cash and then flee the scene upon receiving the money.

Investigators were able to identify the suspects after Seitaro Kline's tattoos were visible during a July 16 robbery, the news station reports. The FBI also received a tip that the couple could be behind the robberies. 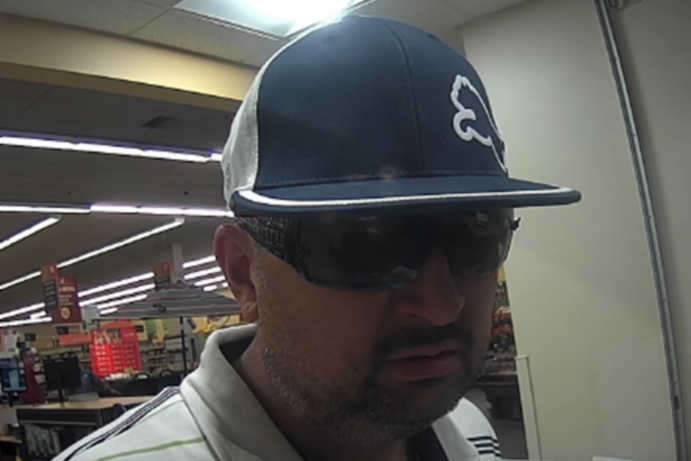 Seitaro Kline was apprehended after a Yavapai County Sheriff's Office deputy pulled him over as part of routine traffic stop for a license plate light violation at 2:15 a.m. on Aug. 25, according to a release from the Sheriff's Office. During the stop, the deputy discovered Seitaro had a felony FBI warrant out for bank robbery and also discovered heroin in his possession.

"Our deputies patrol this county 24/7 to protect the citizens we serve, and this is just another example of the tremendous work being done during all hours of the day and night to keep us safe," Sheriff Scott Mascher said in the release. "This is also an indication there are no 'routine' traffic stops and I am pleased to know a YCSO deputy had a role in capturing Mr. Kline."

Carrie Kline has also been apprehended. According to the FBI, both were taken into custody without incident.

Teen Rescued From Woods After Dad Is Shot To Death