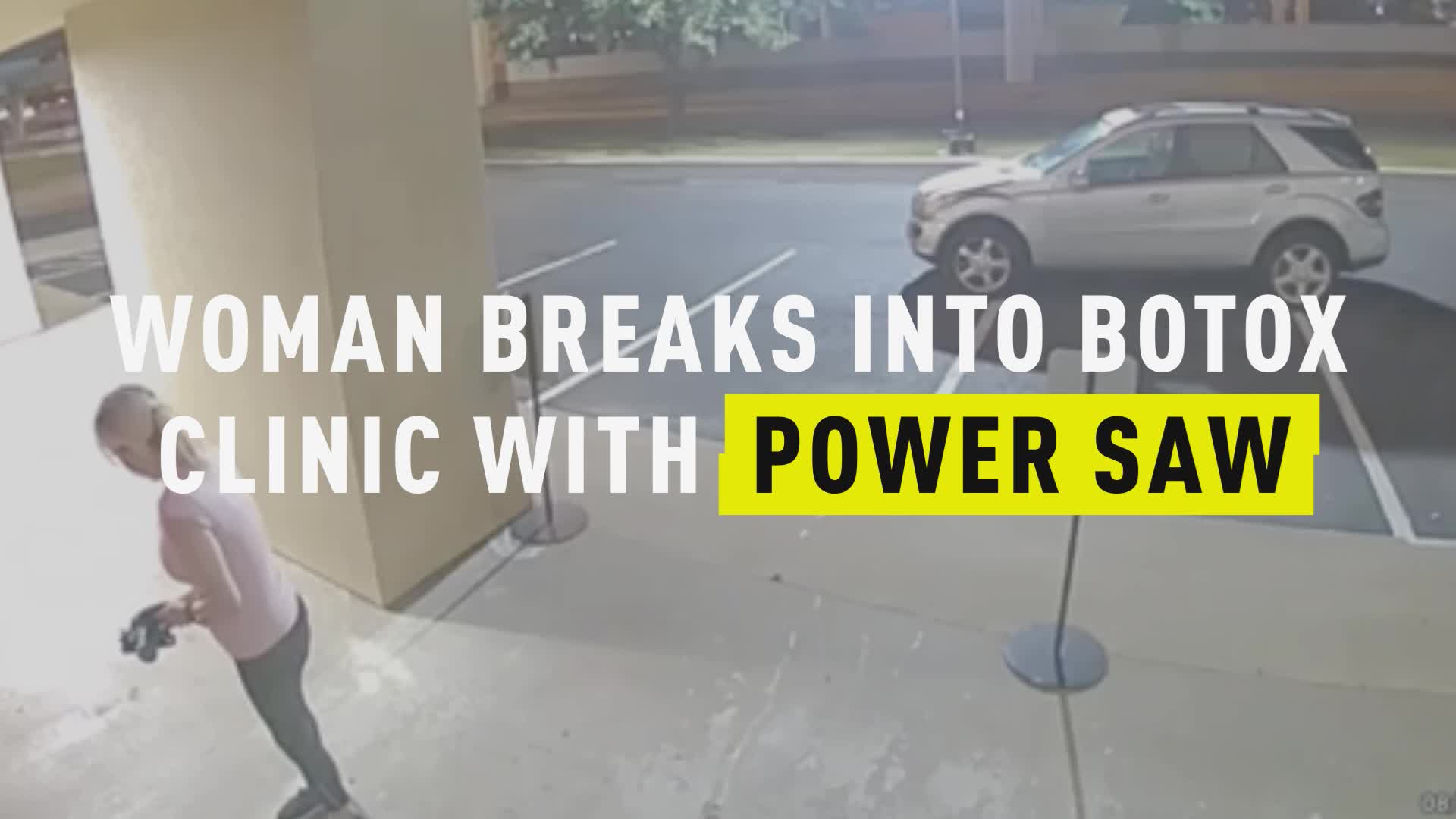 Police are searching for a Texas woman who was captured on video breaking into a Houston-area Botox clinic in her yoga pants with a power saw to steal anti-aging products.

The brazen theft was captured Friday on surveillance footage that was released earlier this week by the Sugar Land Police Department.

In the three-minute video, a woman wearing a pink top and dark-colored yoga pants can be seen walking up to the front door of the Botox RN MD Spa around 8:25 p.m. and tugging on the door of the business.

A few minutes later, she is seen again pulling a light-colored Mercedes sports utility vehicle up to the business and getting out with a battery-powered grinding saw in her hand. She tries to use the saw to gain entry in several places before she is able to remove what appears to be a piece of glass and step into the clinic.

While inside, police said the woman stole anti-aging products, according to a statement on social media.

The owner of the medical spa, Alonzo Perez, told local station KTRK that he was shocked to see the lengths the woman was willing to go to gain entry into his clinic.

“Looks like the average soccer mom in a Mercedes trying to break into your business,” he said.

Perez also said the woman “had no regards for anybody else’s property” and had “no regards for her own safety” in the bold robbery.

Perez estimates that each bottle of stolen Botox was worth about $1,000, according to KXAS-TV. While the woman made off with the anti-aging products, she left other valuables, including computers and iPads behind.

Perez said his business had also been broken into the night before and that one of the windows had been boarded up with plywood when the woman broke in Friday night.

He is offering a $5,000 reward for anyone with information about the theft.

Police have urged anyone with information to contact the Sugar Land Police Department.