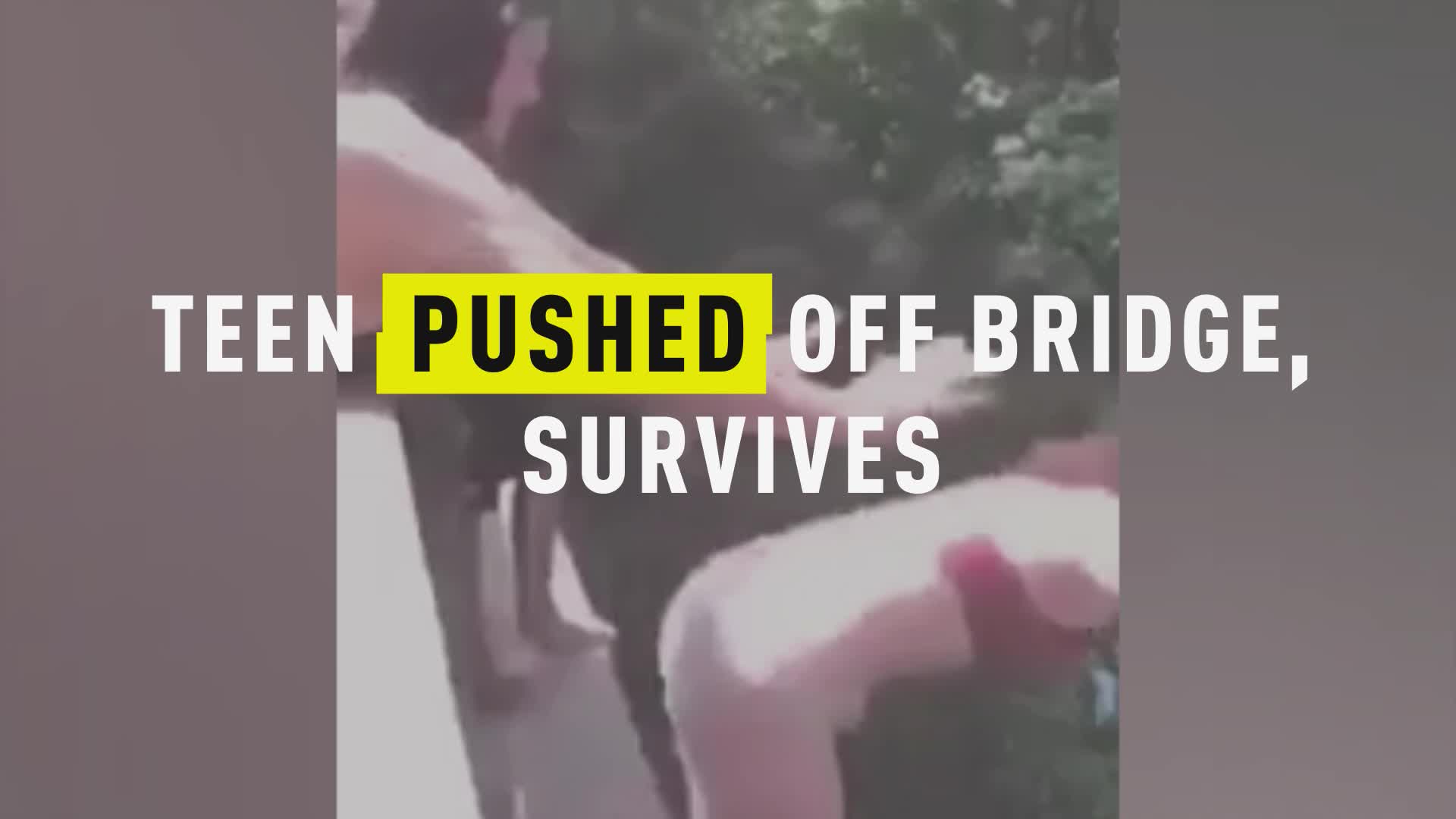 A woman who pushed her 16-year-old friend off a bridge at a popular swimming area in Washington state in August, a shove that became infamous when video of the incident went viral, was sentenced 48 hours of jail time and will have to complete 38 days of community service.

In addition to the two days of jail and community service, Smith must pay a $300 fine and avoid contact with the victim, Jordan Holgerson, according to NBC News.

Smith pushed her ex-pal off the bridge at Moulton Falls, which is northeast of Portland just over the Washington state border. Video of the push, posted on YouTube, went viral. Holgerson, now 17, suffered six broken ribs and punctured her lungs as a result of the more-than-50-foot plunge.

Before the sentencing Holgerson (pictured below) had a victim's advocate read her statement.

“This nightmare started for me when I was falling through the air, and I was really terrified," she said. "When I was being pulled from the water, I thought, ‘I’m going to die,’ because I couldn’t breathe. And I was watching my body change color by the second.”

Smith’s defense attorney Nathan Pliska pointed to the viral video of the push as well as media coverage of the incident as having a vilifying effect on Smith, according to local outlet Columbian.

“This is on the internet forever,” Pliska said. “She looks, so to speak, like a monster shoving someone from a bridge. I don’t think she’s that person.”

Holgerson and her mother told the Columbian that they are happy with the conclusion of the sentencing.

"I love that girl," Smith said. "I never intended to hurt her ever, nor would I intend to hurt anyone. I'm really sorry it turned out that way. I just pray that she heals and gets better."

The two stopped communicating after the incident.

Holgerson told local outlet KATU not long after the fall that her Smith was counting down but she didn’t “think anything of it."

Man Who Threw Daughter From Bridge Says He Was Insane