Terry Crews said in a Senate testimony Tuesday that the producer of "The Expendables 4" threatened him for speaking out against a Hollywood agent who allegedly sexually assaulted him.

Crews testified before the Senate Judiciary Committee to help create civil rights protections under the Sexual Assault Survivors’ Bill of Rights. He has helped propose a bill that would allow for a government-subsidized rape kit and give sexual assault victims access to police reports and rape kit results.

Crews, 49, testified that "Expendables" producer Avi Lerner said there would be trouble if Crews didn’t drop his civil suit against talent agent Adam Venit. During the eruption of the #MeToo movement last year, Crews said that Venit groped him at an industry party in 2016.

“What happened to me has happened to many many other men in Hollywood, and since I came forward with my story I have had thousands and thousands of men come to me and say ‘Me too, this is my story. But I did not have the confidence, or I did not feel safe enough, to come out,'” Crews said in testimony.

Although Crews has been praised for speaking out on behalf of male victims, he has also received some backlash, including from rapper 50 Cent, who mocked Crews on Instagram on Tuesday. 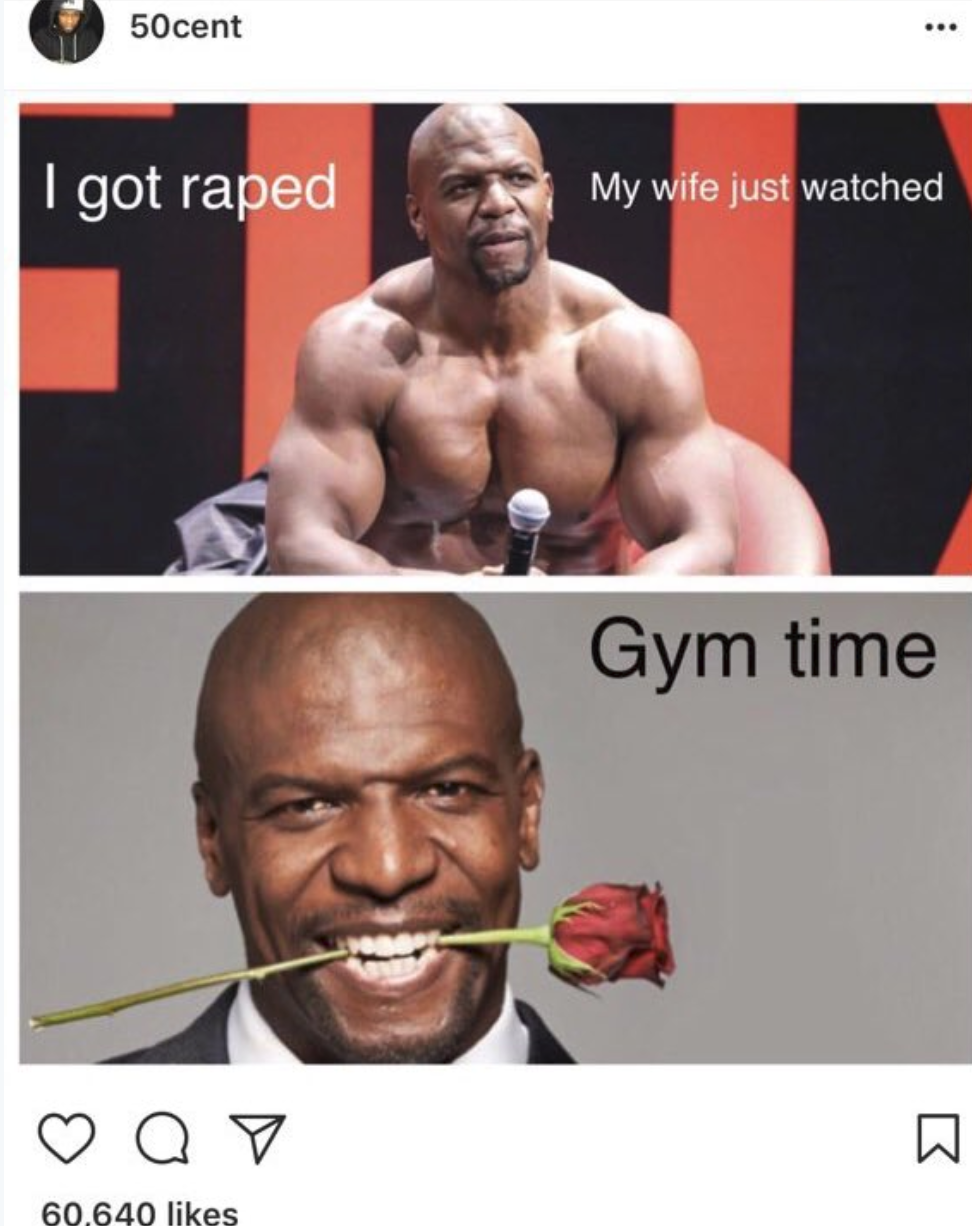 The post has since been deleted after 50 Cent himself received backlash for it.

As someone who was a fan of 50 cent since I was a kid, I’m disgusted at his ignorance and insensitive response to Terry Crew’s sexual assault story. To laugh and make jokes about such a serious matter is one of the main reasons why sexual assault victims are afraid to speak up.

Crews said in his testimony offensive posts from rappers are not the only reason men in the entertainment industry don't come forward.

“Because what happens is you get blacklisted, your career is in danger — after that, no one wants to work with you.”

Crews, who has starred in previous “Expendables” films, said he decided to skip the latest sequel because he wants to take a stand against sexual misconduct.

“Abusers protect abusers — and this is one thing I had to decide, whether I was going to draw the line on,” he told the Senate. “Am I going to be a part of this or am I gonna take a stand, and there are projects I had to turn down.”

Like Venit, Lerner has been under his own investigation. A former director of development that worked with Lerner, who has only been identified under the pseudonym Jane Roe, sued him for sexual harassment, for creating a hostile work environment and for gender discrimination, accusations that Lerner has denied.