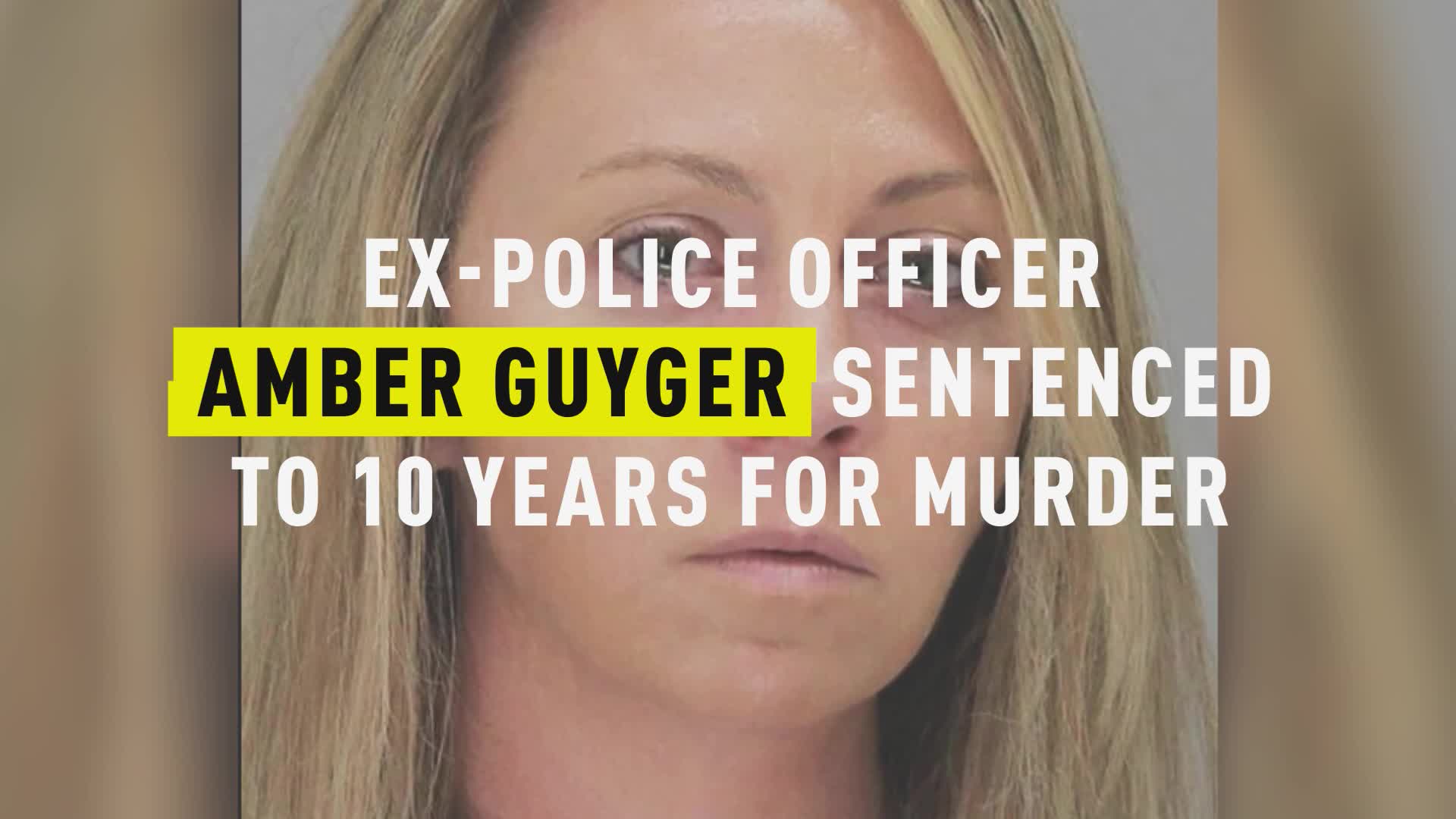 A Texas judge is defending her controversial decision to give convicted Dallas cop Amber Guyger a hug and a Bible after she was sentenced last week to 10 years in prison for killing neighbor Botham Jean.

“If she wanted to start with the Bible, I didn’t want her to go back to the jail and to sink into doubt and self-pity and become bitter,” Judge Tammy Kemp told The Associated Press of her decision. “Because she still has a lot of life ahead of her following her sentence and I would hope that she could live it purposefully.”

The embrace occurred after Guyger’s sentence was issued and the jury had been led from the courtroom.

Jean’s brother, Brandt, first delivered a powerful message of forgiveness from the witness stand before asking Kemp if he could give Guyger a hug.

“I thought they both needed it, and that’s why I didn’t want to stand in the way of it,” Kemp would later tell KDFW.

But it’s what happened next that has drawn criticism from some—including a Wisconsin-based group that has asked a Texas state agency to investigate allegations of judicial misconduct.

Kemp left the bench to speak to Jean’s family and then turned to Guyger, who she embraced before later handing her a bible and instructing her to study the passage John 3:16, the AP reports.

Kemp said Guyger asked her for a hug twice—a request she said she was unable to refuse.

“Following my own convictions, I could not refuse that woman a hug. I would not,” she said. “And I don’t understand the anger.”

Kemp said she and the former Dallas police officer also talked about forgiveness.

“What I told her is, ‘Brandt Jean has forgiven you. Please forgive yourself so that you can live a purposeful life when you get out of prison,’” she told KDFW.

Guyger then asked her whether God would forgive her and Kemp told her that she believed God would.

“I saw someone who was really, really hurting deeply. And if a hug was going to help her, I had to extend love and compassion to her,” she said.

She made the decision to give Guyger a Bible after she told her she didn’t know where to begin and didn’t even have a Bible. Kemp briefly left the courtroom and returned with one.

Those who opposed the judge’s actions believe she violated her position as a state official and injected her own religious beliefs into the proceedings.

The Freedom From Religion Foundation, a Wisconsin-based group, filed a complaint with a Texas state agency claiming Kemp's behavior fell into the category of judicial misconduct.

“Delivering Bibles and personally witnessing as a judge is an egregious abuse of power,” a letter from the group said.

Despite the criticism, however, Kemp told KDFW she wouldn’t change anything about how handled the situation.

She maintained to the AP that her interaction with Guyger occurred after the proceedings had concluded and were not part of the trial record.

“I didn’t do that from the bench,” she said. “I came down to extend my condolences to the Jean family and to encourage Ms. Guyger because she has a lot of life to live.”

Guyger was convicted of first-degree murder for Botham's September 2018 death. The Dallas police officer, off-duty but still in uniform, walked into the 26-year-old accountant's apartment and shot him twice in the chest. She told the jury that she believed she was entering her own apartment, which was one floor below Jean’s, and thought he was an intruder.

Ex-Cop Amber Guyer Gets A Hug From Victim's Brother