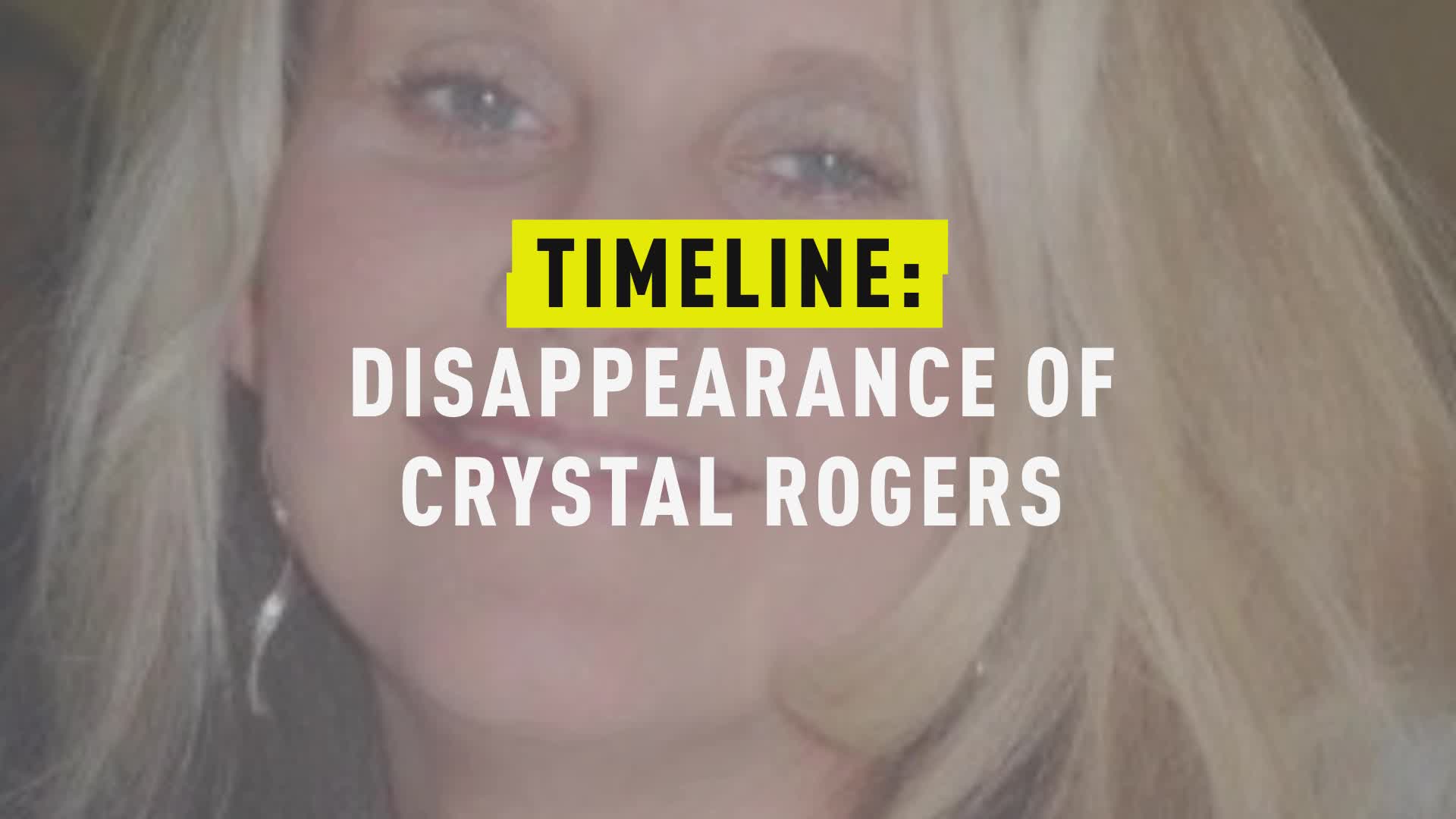 Since her disappearance on July 3, 2015, the case of Crystal Rogers has filled her hometown of Bardstown, Kentucky, with emotion and intrigue. The 35-year-old mother of five went missing from the home she shared with her boyfriend and children, and her car was found abandoned two days later on the side of the highway.

When Rogers' father was fatally shot two years later, it seemed like another plot twist straight out of a Southern Gothic mystery novel. It's been three years to the day since Rogers' disappearance, and police are still desperately searching for answers.

Get up to speed on the case with the timeline below:

According to live-in boyfriend Brooks Houck, who has never been charged or arrested in connection with Roger's disappearance, Crystal Rogers is last seen on the night of the 3rd, playing games on her phone until late at night at the home she shares with him, their 2-year-old son Eli and other children. The following morning she is gone, but he later says he didn’t think it was odd since she often spent the night at the homes of her girlfriends.

After learning of her disappearance, Rogers' mother, Sherry Ballard, reports her missing. Later that day, Rogers' maroon Chevrolet Impala is found off the Bluegrass Parkway with a flat tire and the keys still in it. Inside police find her purse and cellphone.

Brooks Houck is interviewed by detectives with the Nelson County Sheriff’s Office. During the interview, Brooks receives a phone call from his brother Nick Houck, an officer with the Bardstown Police Department, who was concerned that investigators may be trying to “trip him up.”

Accused by Rogers’ family of not taking her disappearance seriously enough, Brooks Houck agrees to an interview with Nancy Grace. While admitting that his and Rogers' relationship was “stressed,” he denies having anything to do with her disappearance.

Nick Houck takes a polygraph test, administered by the FBI, which he fails, according to The Huffington Post.

Following a month-long suspension, Nick Houck is fired from the Bardstown Police Department, after being accused of interfering with the investigation into Crystal Rogers’ disappearance. On the same day, Nelson County Sheriff Ed Mattingly tells NBC affiliate WLEX, "I would label Brooks Houck a suspect, yes," and that he believes Rogers is dead.

Danny Singleton is arrested and charged with 38 counts of false swearing for lying under oath in the investigation of Rogers’ disappearance. WLKY describes Singleton as “Brooks Houck's employee and right-hand man.” He will later plead guilty and be released from jail after being in custody for six months.

The Houck brothers' 82-year-old grandmother, Anna Whitesides, invokes The Fifth Amendment after being subpoenaed to testify. According to WDRB, police wanted to ask her about a car she owned, which they theorized could have been used to dispose of Crystal Rogers’ body.

Crystal Rogers’ parents file against Brooks Houck for custody of their grandson Eli.

Police search a farm belonging to Rosemary Houck, mother of Brooks and Nick Houck. This follows searches of the homes of Nick Houck and Anna Whitesides earlier in the month. According to WLKY, police remove several pieces of farm equipment.

Tommy Ballard, Rogers' father, is fatally shot in the chest by an unknown person. According to The Kentucky Standard, he was about to go out hunting with his 12-year-old grandson on family property when he was shot.

The Courier-Journal reports Kentucky State Police again search the home of Anna Whitesides, “looking for bullets and a reloader.”

Police arrest Brooks Houck’s current girlfriend, Crystal Maupin, after she is caught on camera ripping up signs that say “Standing With The Ballards,” which were posted around Bardstown. She is charged with theft by unlawful taking and released the same day.

Signs showed up around Bardstown on the one-year anniversary of Tommy Ballard’s death, speculating about Brooks’ involvement in Rogers’ disappearance. According to WDRB, Rogers' family deny knowing who’s responsible.

The Kentucky House of Representatives and State Senate pass a resolution honoring the murdered and missing people of Bardstown, including Crystal Rogers and Tommy Ballard, and urge anyone with information on the crimes to come forward.