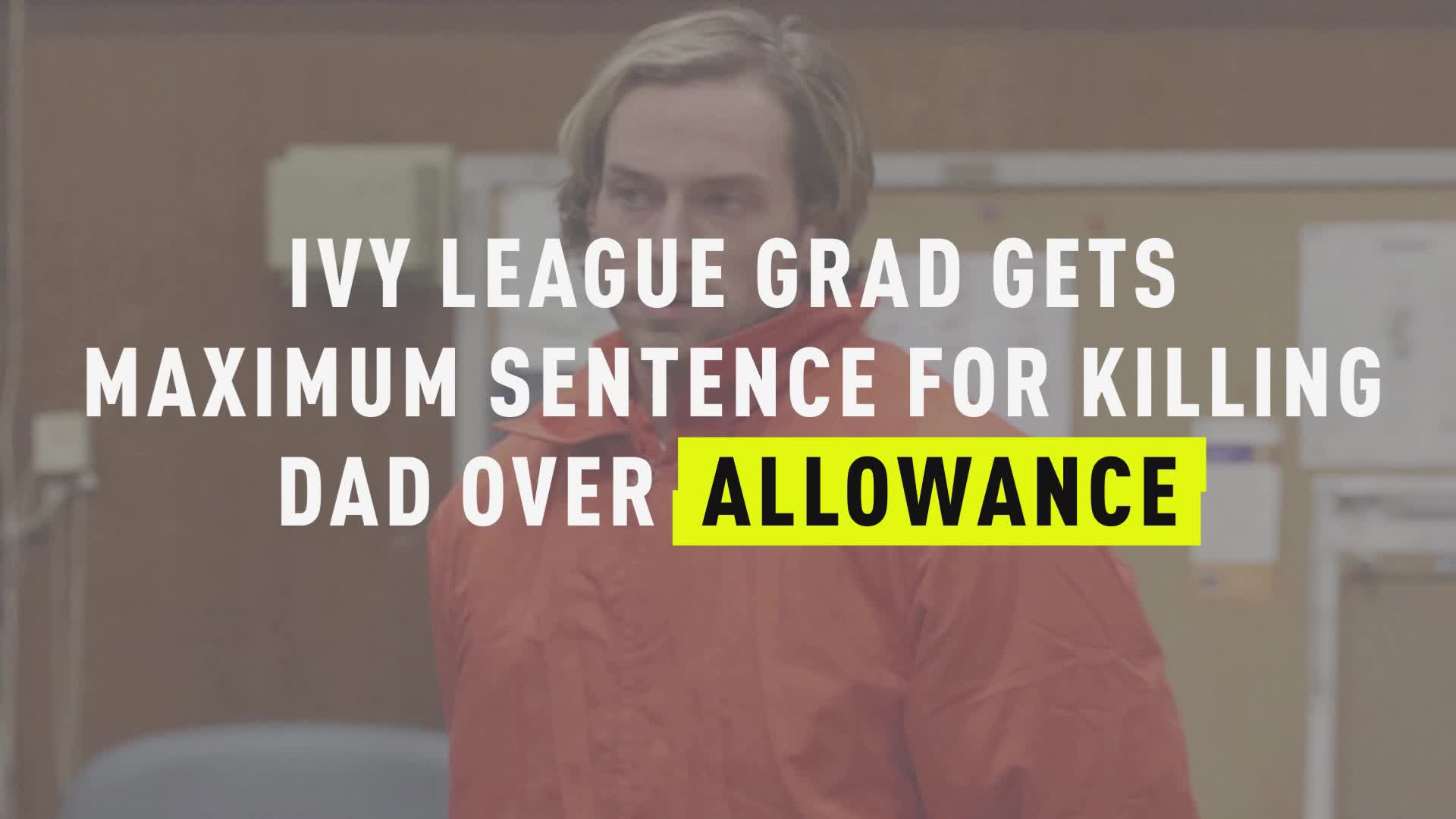 An Ivy League graduate who shot his father in the head after his allowance was slashed received the maximum sentence Friday.

Thomas Gilbert Jr. was sentenced to 30 years to life behind bars for the Jan. 4, 2015 death of his father, Thomas Gilbert Sr., according to The Associated Press.

The wealthy hedge fund manager was shot to death in his apartment on Manhattan’s East Side shortly after an unexpected visit from his son. Prosecutors have said Gilbert was angry that his weekly $1,000 allowance had been slashed by his wealthy parents as they tried to get him to assume more responsibility for this life.

Gilbert was found guilty of second-degree murder and gun charges in June, according to The New York Times.

On Friday, before judge Melissa Jackson handed down the sentence for killing his 70-year-old father, Gilbert’s mother, Shelley Gilbert, addressed the court, pleading for leniency.

“We need Tommy to be given as light a sentence as possible,” she said, according to The New York Times. “I ask that you give him a chance and give him hope for his future, not just for him, but for us as well.”

She believes her son is mentally ill and needs psychiatric help rather than jail time.

“I know if my husband was speaking from heaven, he would be saying the same thing as well,” she said.

Gilbert also addressed the court himself in a 10-minute speech in which he cited random court statutes and referred to himself as “the defendant,” The Times reports.

“The defendant expresses remorse,” he said.

However, Jackson would agree with the jury and decide that Gilbert had known what he was doing at the time of the shooting.

Gilbert arrived at his parent’s apartment on Jan. 4, 2015 and asked his mother to go get him a soda from the store, Fox News reports. When she returned just a short time later, she found her husband’s body in his bedroom, bleeding from a gunshot wound.

Gilbert had reportedly bought the gun used to kill his father months earlier in Ohio. He had tried to stage the death as a suicide by placing the gun near his father’s body, according to the trial.

Man Convicted Of Prep School Sex Assault Out Of Jail