What we know so far: Things are getting sticky for the Los Angeles Police Department (LAPD). Detectives Greg Kading (played by Josh Duhamel) and Russell Poole (played by Jimmi Simpson) are investigating the murders of Tupac and Biggie and stumble upon dirty LAPD cops. David Mack, who is the suspect in a burglary, could be involved in the Biggie murder. Remember, he has a black Chevy Impala in his garage. The same make of car used in that crime. In real life, or course, no police officers nor anyone else has ever been charged or officially connected to the murders of Biggie or Tupac, which remain unsolved to this day.

Random observation: Police work can be long and tedious. When Kading and his partner are in the car, sipping a Big Gulp, they mention how it’s been weeks with no movement in the investigation. Good thing this episode gets moving pretty quickly.

Here’s what we know after episode 4:

The Mack Gets Caught

Officer David Mack is caught for the bank robbery we saw in last week’s episode. He’s in federal custody and smoothly answers none of their questions. Poole asks Mack if he worked security for Death Row Records and he flatly denies everything. “Are you a member of the Bloods?” asks Poole. “I got a photo of me at Disney wearing mouse ears. Does that make me Mickey?” jokes Mack.

Despite his good humor, Poole goes through Mack’s visitor records and finds out that a guy named Amir Muhammad has been visiting Mack. Interesting. This matches the description and name of what witnesses described as Biggie’s shooter. 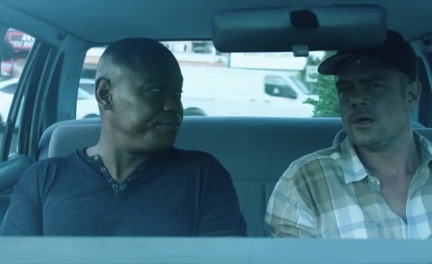 Officer Daryn Dupree (played by Bokeem Woodbine) and Kading are following Corey Edwards. The longtime fugitive may be connected to Keffe D. He’s a tough one to catch. Dupree throws on the charm and talks to the teacher of Edwards’ daughter. Meanwhile, the rest of Kading’s unit goes through his trash. It’s not glamorous but they find the location and time of the daughter’s eighth birthday party: Joe’s Crab Shack.

The cops pull up to the Crab Shack and spot Edwards. Dupree, not wanting to ruin an 8-year-old’s birthday, arrests Edwards. Despite Edwards getting up in his face, Dupree gives him the honorable option of not being arrested in front of his daughter. Unlike a lot of cops that operate in black and white, it seems that Dupree has a more nuanced approach to police work. 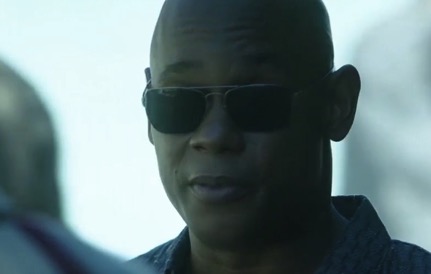 Dupree reveals that he has family in the dope game and he’s worked off-duty security before; not for Death Row Records. His ethics and moves have been suspicious throughout the series. It will be interesting to see if a conflict arises. “When it comes to family and the dope game, I get it bro,” assures Kading. “LAPD don’t work like that when you look like me,” says Dupree. 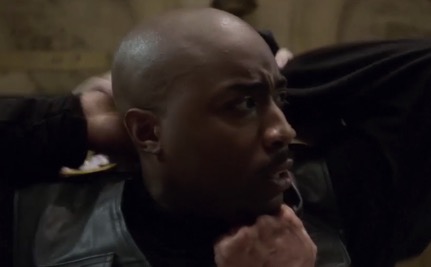 In 1993, Ayanna Jackson accused Tupac of sexual assault. We don’t see the actual events that took place but she’s seen entering the Parker Meridian Hotel and then leaving, screaming and disheveled. “He raped me!” she yells through the lobby. The rapper denies any attack.

“I’m guilty of a lot of things. I’m guilty of probably being a male chauvinist pig…I’m not guilty of rape,” he asserts. “I don’t want to be a scapegoat.”

Later, we see Tupac and Biggie partying together and a man named Haitian Jack causes them issues. Tupac is visibly angry that Biggie won’t kick Jack out of his party. Biggie says that he can't because Jack is a real “gangsta.” There's visible tension. The problems continue to mount for Pac and we see him get shot during a robbery Quad Recording Studios. He walks in, blood all over his face, into a room where Biggie and Puffy are sitting. Did they set him up? What did they know about the robbery? By the looks of his face, Pac has had it with Biggie and Bad Boy Records.

As Poole keeps digging into corrupt LAPD officers and Death Row Records, his partner—and department—have had enough. He gets taken off the case for not being “on the same page” as his partner.

Then, he gets suspended for letting his coworker Grace, who he has a budding romance with, drive him home so he wouldn’t drive while intoxicated. It's a small infraction that the brass makes a big deal out of. He takes his suspension, knowing that the department just wants to derail his case. 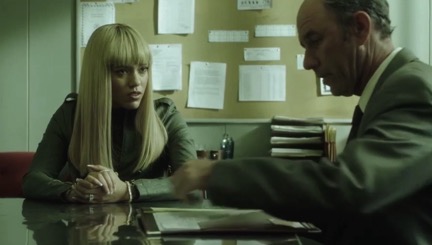 One of the most prominent women who knew both Biggie and Tupac was Faith Evans. The singer was married to but estranged from Biggie. On the night of his death, she was actually at the same party as her husband. Although she doesn’t provide any details on the shooting, she brings police a list of guests from the party. The officer sees the name “Zip Martin”—a Harlem drug dealer and Crip--and asks who he is. Faith gives him a strange look. She says that he’s her son’s godfather but she doesn’t really know him. The cops don’t buy it.

“It’s sad people believe what they read in the tabloids. The truth is, BIG and I loved each other until the end,” she says. “I just want to help.”

'UNSOLVED' Is A Scripted Take On Tupac And Biggie Murders