It was a robbery that never was. In a scheme fit for the movies, the plans of a would-be bank robber were thwarted Wednesday when investigators discovered an underground tunnel leading toward a Florida bank.

The makeshift tunnel, estimated to be between two and four feet in diameter and more than 50 yards long, stretched from a wooded area toward a Chase Bank branch in Pembroke Pines, Florida.

“The only thing I’ve ever seen like this is in the movies. This is truly a unique case here,” FBI spokesman Mike Leverock said after the discovery of the tunnel, according to the Associated Press. “It’s very small, very claustrophobic.”

The tunnel was discovered after the Pembroke Pines Public Works department got a call about a possible sink hole in the road near the bank, a statement from the FBI said. But after they arrived on the scene to investigate, they noticed an orange power cord inside the hole and contacted police.

Pembroke Pines Police discovered the entrance to the tunnel, which had been covered by a wooden pallet, and found a generator, winch, and wagon, further evidence that this had not been an act of nature. Inside the hole, they also discovered muddy boots, a homemade ladder, and other digging tools, WPLG reports. 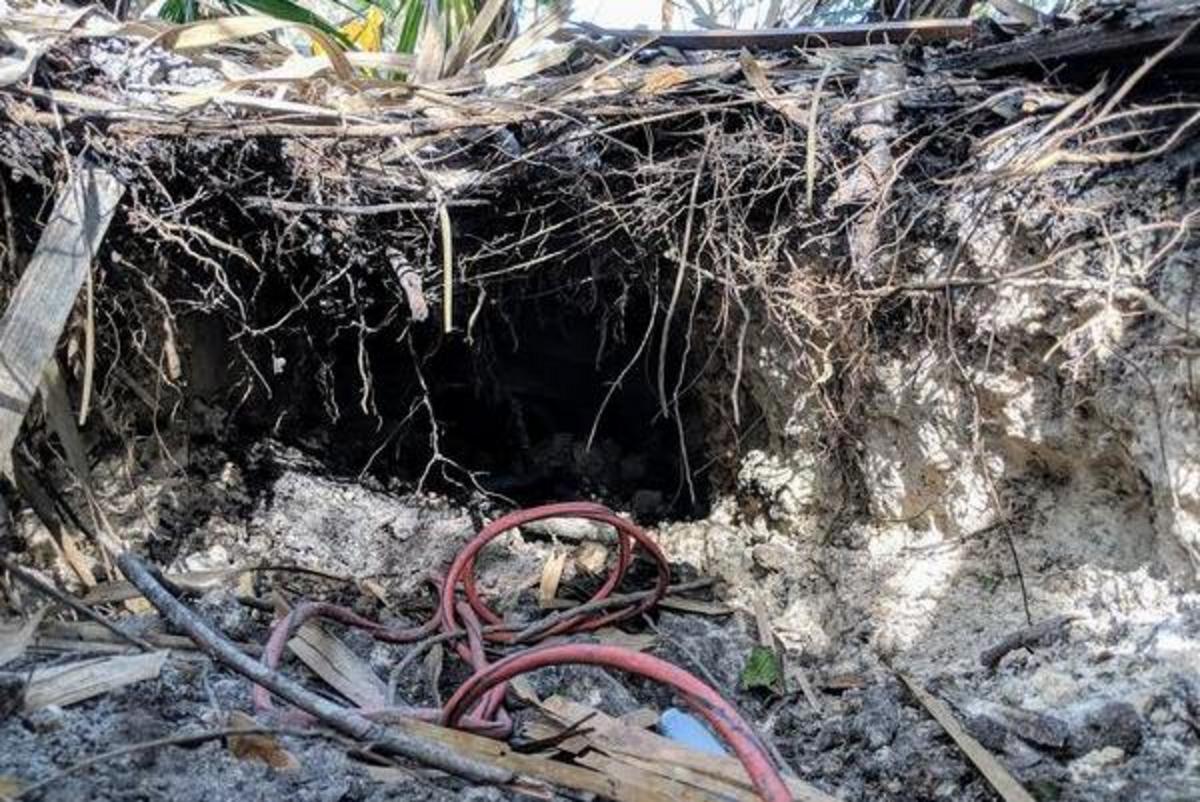 “These people were using pickaxes and a small little wagon,” Leverock told the local station.

The FBI is now investigating the case as an attempted bank burglary, even though the bank was never reached and no money was taken.

Investigators haven’t determined who was digging the hole, but believe more than one person may have been involved.

“They could have been here earlier that night or it could have been a few nights ago or weeks ago,” Leverock said, according to the South Florida Sun Sentinel. “This was not an overnight project.”

Investigators used a cadaver dog to go through the small tunnel to confirm that there were no bodies inside, the AP reports.

Investigators now plan to dig the tunnel up, opting for a backhoe rather than the would-be thief’s hand tools.

“It’s going to be a while,” Leverock said. “We’re going to dig up the whole thing.”

The FBI has asked that anyone with information about the case contact authorities.

On Wednesday, as law enforcement officers swarmed the area, bank customers were enjoying the excitement.

“We don’t have this excitement going on here on a regular basis at all,” customer Lois Benjamin told the South Florida Sun Sentinel. “It’s a crazy story. But I’m just here to see the ending of it. And hopefully, nothing like this happens again.”

All 5 Victims Of Florida Bank Massacre Were Women

Where Did The Urban Legend About Killers In Vans Come From?

Who Are The Toolbox Killers?