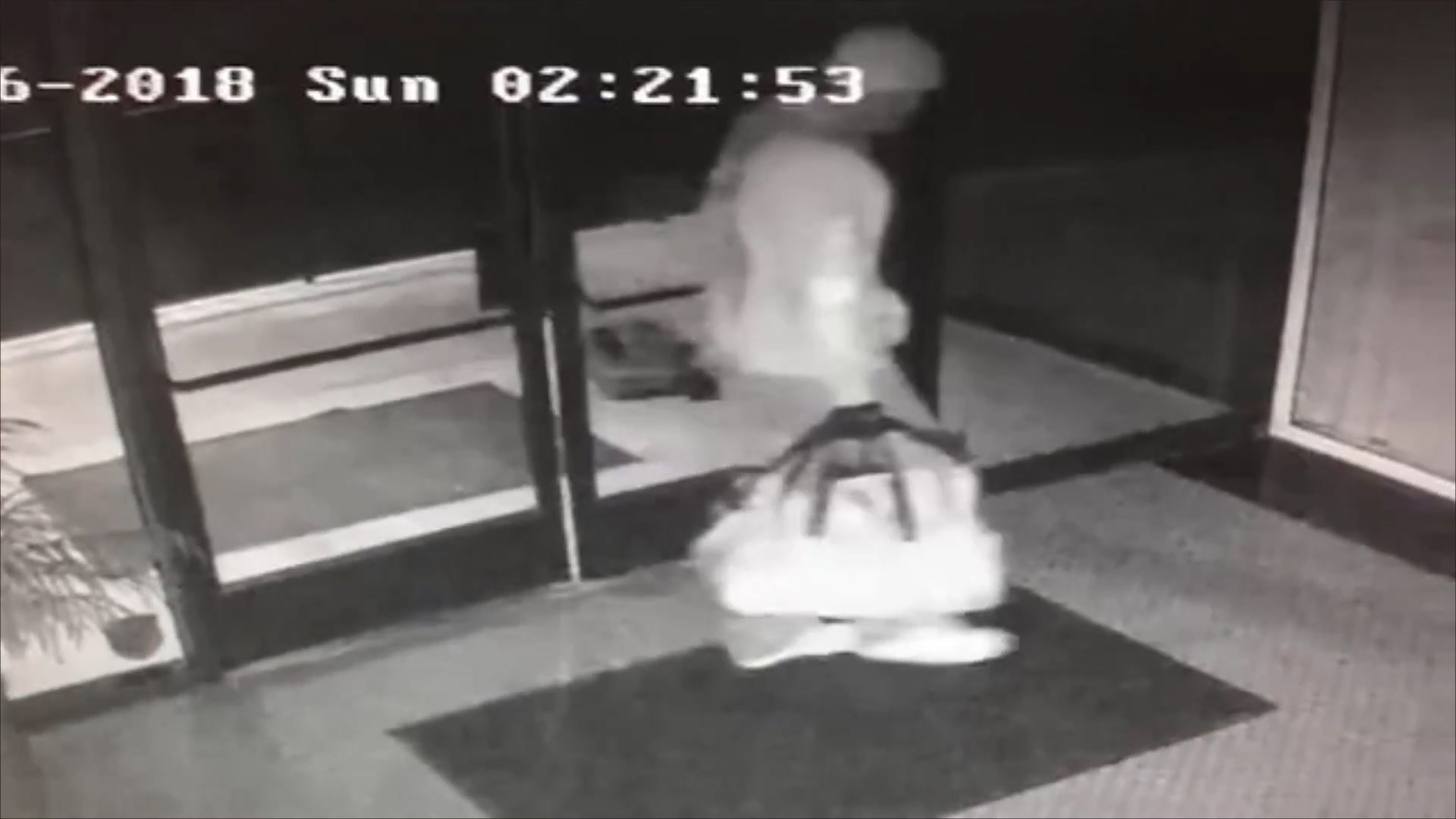 A California burglary suspect may have busted one too many moves.

In a video captured by surveillance cameras at a Fresno business, a man can first be seen entering the building and closing the door. Apparently overjoyed at his progress, he then starts doing the pop and lock in the lobby.

The suspected dance machine, David Seale, was arrested on charges of possession of stolen property, providing false information, and commercial burglary for the May 6, 2 a.m. break in, according to the San Francisco Chronicle.

Someone working in the building contacted the Fresno Police and said a laptop was missing. At first, the cops didn't find any signs of a break in, so they watched three days of surveillance video until they found the suspect.

When they caught up with Seale, he had the stolen laptop in his possession and keys to the front door of the business, cops told KFSN-TV in Fresno.

"The office keys the suspect had in his possession were copies and not originals," the Fresno Police Department wrote on Facebook. "It is unknown where the suspect obtained the keys from."

Seale was also found to have several standing warrants out for his arrest, the Chronicle said.

On Wednesday, a judge suspended criminal proceedings for Seale because of questions about his mental competence. He'll be back in court at a later date, according to KFSN-TV.