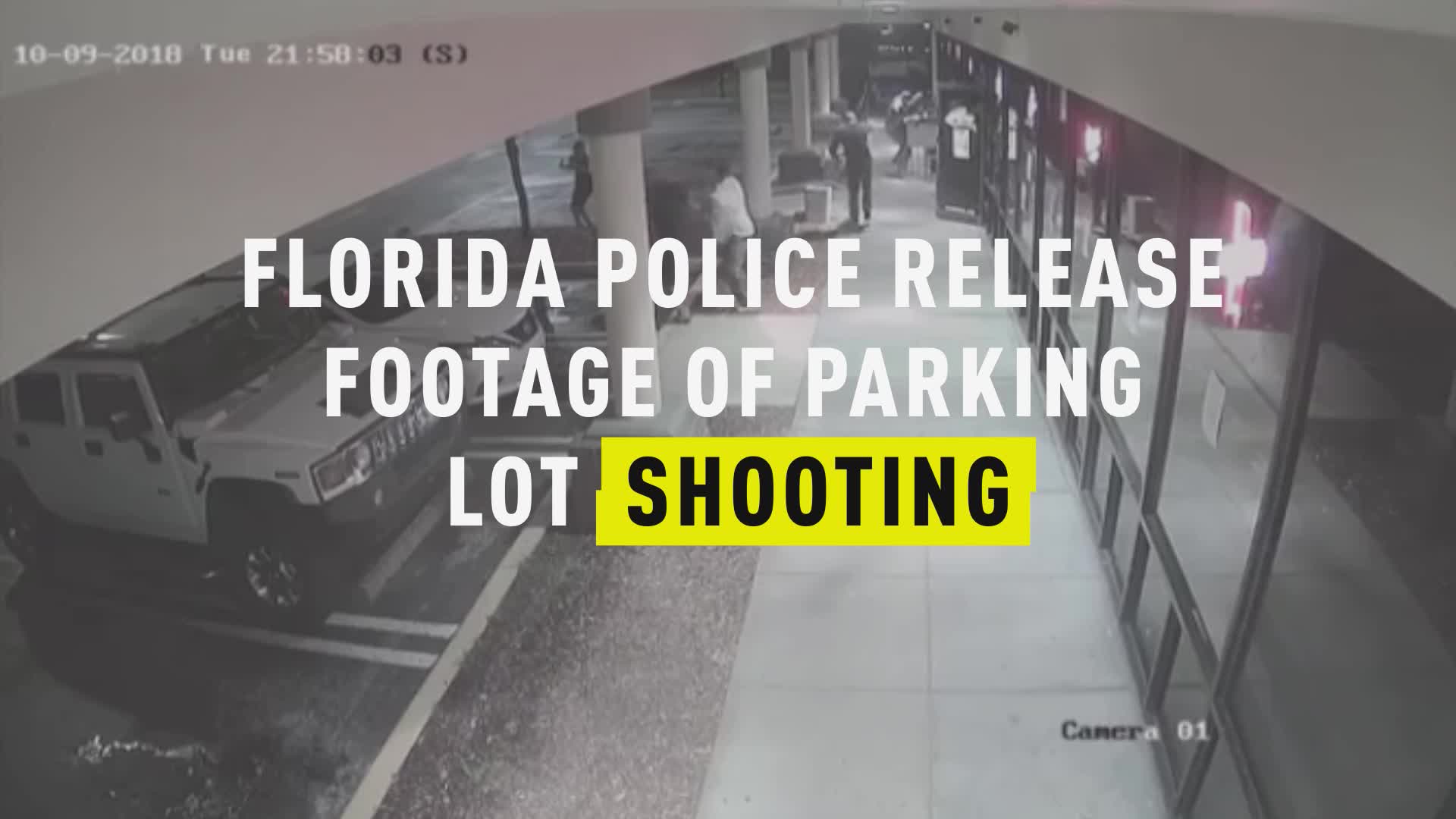 A Florida man who rejected a free shot at the bar probably never expected he'd be given a shot of an entirely different kind.

The 39-year-old man, identified as Eric Meeks by the Orlando Sentinel, told police he was approached by an unknown man at a bar called Frank's Place in Ocoee and offered a shot of alcohol.

“The victim refused the shot and an argument ensued,” the Ocoee Police Department said in a statement. “The victim and suspect agreed to take the argument outside of the bar. Once outside the bar the suspect pulled a firearm and began to shoot at the victim.”

Surveillance video captured the dramatic Oct. 9 altercation. It shows a group of people gathering outside the establishment before two men barrel out of the bar and one can be seen appearing to try to push the other almost immediately after exiting. Then, the pusher gets shot and flees as bystanders scatter.

When police arrived on the scene, they found the victim with a gunshot wound to his right foot, according to authorities.

Police said the shooter fled in a luxury car, either a black BMW or Mercedes. He was later identified as Lathon Jeen Yee (pictured above) and arrested on Monday. He has been charged with attempted second-degree murder and is being held without bail.

"I keep hearing (a) gunshot in my head. I tremble every time (I go) into this building since it happened."

Teens Rob Store After Clerk Collapses, Leave Him to Die