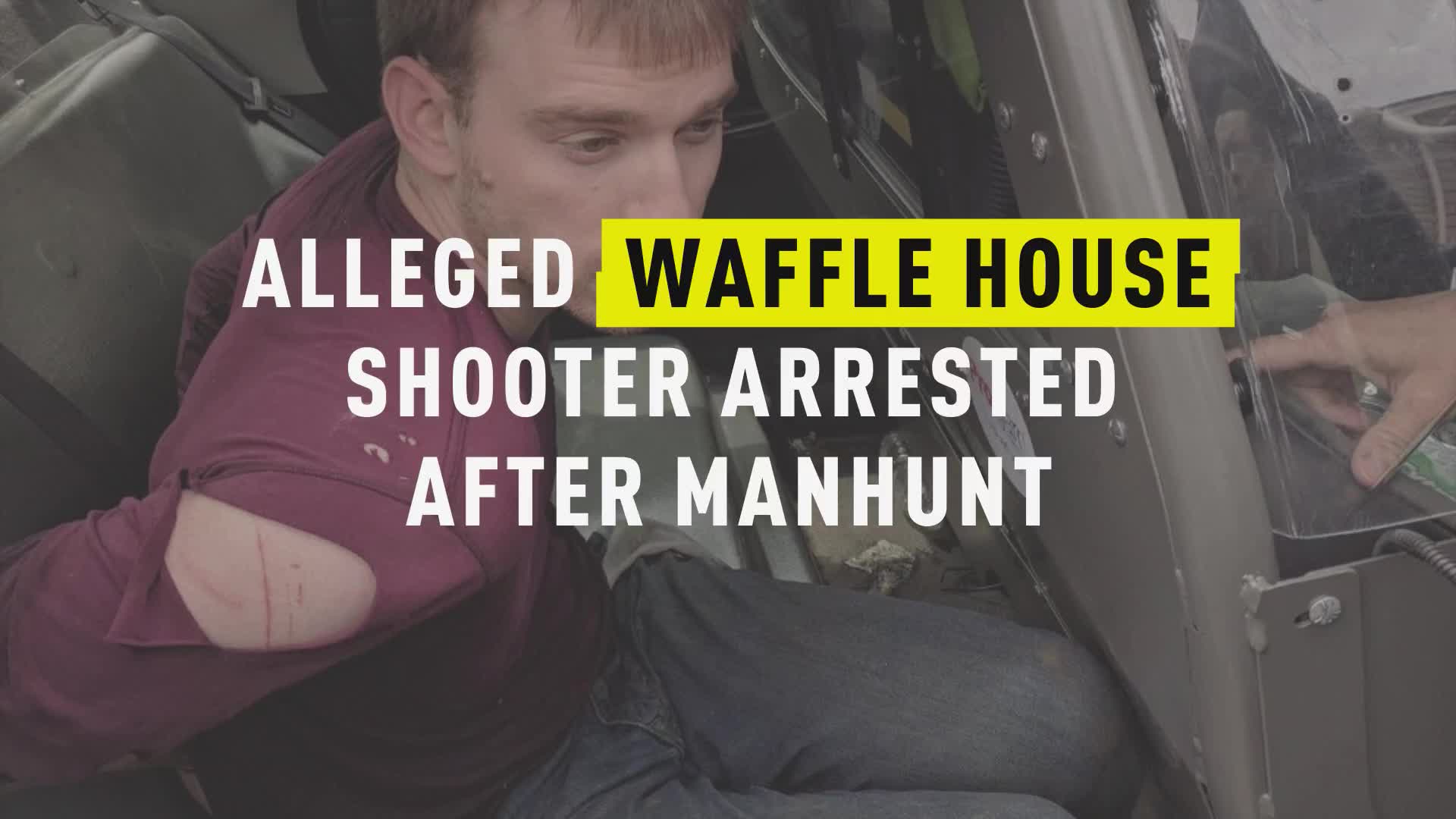 The Sunday shooting at a Waffle House in Nashville cut short the lives of four Tennessee residents in their 20s. One was set to graduate college in weeks; another was new to the area where he died.

These are the lives lost in the attack:

The 20-year-old had only moved to Tennessee a few months ago from Texas. He was shot to death standing outside of the restaurant.

“He was always there for everybody. You know, he loved everybody, he was just a happy person most of all," his uncle JoJo Sauceda told WTVF-TV in Nashville.

He lived with his brother and their grandmother in South Nashville and worked in an appliance store, the New York Times reported.  Perez' mother changed her Facebook profile picture to a photo of her son after his death.

Sanderlin, 29, was the lone Waffle House employee killed in the attack. He was fatally shot while standing outside the restaurant after saying he was stepping out for a break. He had worked for the company for five years, the restaurant chain’s CEO told The Tennessean. According to a Facebook page that appears to belong to him, he was a fan of Gucci Mane and Waka Flocka Flame.

Groves was 21-year-old student studying social work and set to graduate college in May, according to a GoFundMe page set up by her family.

“DeEbony was an amazing young woman with an incredibly bright future ahead of her. She was an upstanding member of Delta Sigma Theta Sorority Inc. and set to graduate from Belmont University next month,” the page says. “The loss of DeEbony is insurmountable, she touched so many lives, and she will never be forgotten or replaced.”

She died inside the restaurant.

Groves was a star athlete in high school. "She was a very likable young lady," her former basketball coach Kim Kendrick told The Tennessean. “She was one of three seniors on her team, and she was a great role model for the other players because of her hard work and dedication to her studies and to her school.”

Dasilva, 23, was killed while dining with his girlfriend and brother. He had been studying musical engineering at Middle Tennessee State University. His mother Shaundelle Brooks told WTVF that he was "humble, kind, compassionate, outgoing, and very creative."

He was a rapper who performed under the moniker Natrix and posted tracks on SoundCloud.

“Music is my life and I will never stop until I achieve my dreams,” he wrote on his Twitter page.

Hundreds attended a vigil held for the four victims Monday evening. A minute of silence was held for each of them inside the sanctuary at Mount Zion Baptist Church, which is just a few miles from the scene of the shooting.

The wounded have been identified as Dasilva's girlfriend Shanita Waggoner, 21,  and Sharita Henderson, 24, both of Nashville. Both are in stable condition as of Monday.