Last week, a 17-year-old girl escaped from her Perris, California home to report horrific abuse that she and her 12 siblings were allegedly enduring at the hands of their parents, 57-year-old David Allen Turpin and 49-year-old Louise Anna Turpin.

Police found her siblings, some of them allegedly shackled to furniture, inside their dark and "foul-smelling" home. The brothers and sisters range in age from 2 to 29, and they are all currently being treated for malnourishment. Both David and Louise were initially arrested on charges of torture and child endangerment.

Disturbing details have been slowly emerging over this past week about the Turpins, and this is what we know so far about the "California torture house" parents.

David and Louisa Anna Turpin, the California parents accused of torturing their 13 children, have been arraigned in court. Their bail has been set at $12 million each.

1. The parents pleaded not guilty.

On Thursday, the Turpins pleaded not guilty to multiple felony charges, including torture, child abuse, abuse of dependent adults and false imprisonment. David Turpin has also pleaded not guilty to his additional charge of committing a lewd act on one of the female children by force, according to The Washington Post.

Each defendant's bail is set at $13 million, Riverside County District Attorney Michael Hestrin said at a news conference. If they are found guilty, they could spend the rest of their lives in prison.

David Turpin’s attorney, David Macher, said outside the courtroom that “our clients are presumed to be innocent — and that’s a very important presumption," adding that the case will be tried in court, not in the media.

2. They allegedly rationed their children's meals and showers.

3. They dressed the 13 siblings in matching outfits.

Multiple photographs on social media reveal that the family was often dressed up in identical outfits. In group photos, the family appear to be happy. 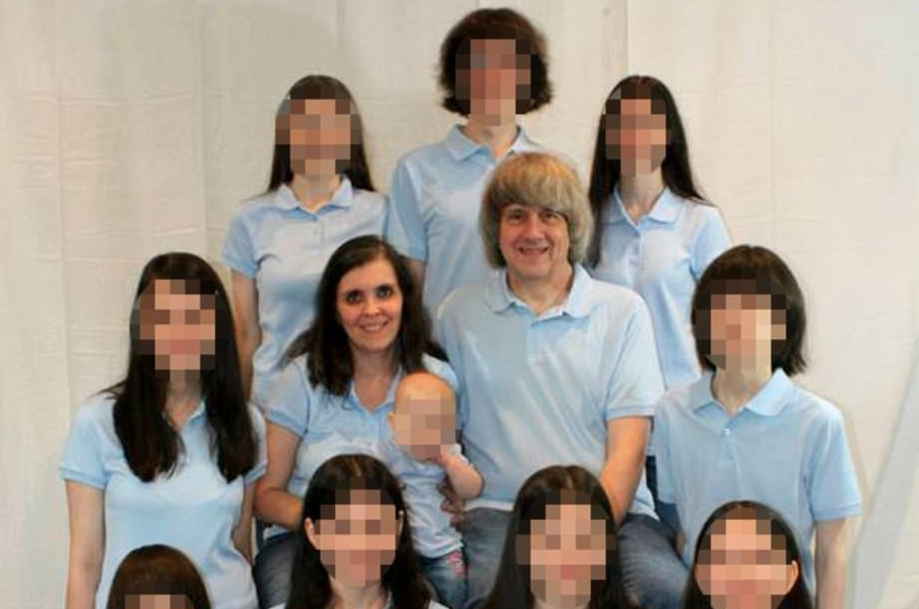 4. The grandmother is defending them.

David Turpin's mother has defended him to the media, stating that the couple had a "highly respectable family."

“They were just like any ordinary family,” said Betty Turpin, 81. “And they had such good relationships. I’m not just saying this stuff. These kids — we were amazed. They were ‘sweetie’ this and ‘sweetie’ that to each other.”

"If convicted of all of these charges as currently filed, these defendants are facing up to 94 years to life in prison," Riverside County District Attorney Michael Hestrin says, outlining charges against David and Louise Turpin https://t.co/uIuXMbpPjN pic.twitter.com/0n9sgIPZvG

5. One relative was creeped out by the father.

Elizabeth Jane Flores, the sister of Louise Anna Turpin, revealed to ABC News' "Good Morning America" that her brother-in-law made her uncomfortable. She recalled disturbing encounters.

“If I were to get in the shower, he would come in there while I was in there and watch, and it was like a joke,” Flores said. She made sure to add that “he never touched me or anything.”

The aunt of the 13 shackled kids claimed their dad would watch her in the shower: https://t.co/b5of5oKx3A

6. The father ran a private school out of the home.

David Turpin apparently ran a small school out of his home. He was both the administrator and the principal of Sandcastle Day School, according to the California Department of Education. Authorities believe the only students were his own children, who were homeschooled. That aspect is being investigated further.

The "father", David Turpin, is also the principal of Sandcastle Day School, a private K-12 school that he ran... https://t.co/qVKAbyXSuq

7. The parents were allegedly in debt.

David had worked as an engineer in the tech industry, and he and his wife, identified as a homemaker, filed for bankruptcy in 2011. They had over $240,000 in debt, and they fell more than $1,000 a month short on expenses, according to Reuters.

David and Louise Turpin used to live in Fort Worth. Moved out after foreclosure. Current owners still keep pics of what it looked like inside pic.twitter.com/E56stUObZP

8. The mother married David Turpin when she was a teenager.

According to NBC News, Louise Anna Turpin fled home at 16 to marry David. The couple has since renewed their vows multiple times, including recently by an Elvis impersonator in Las Vegas.

9. They allowed their kids to keep journals.

The 13 siblings reportedly weren't allowed to watch TV or talk on the phone, but they could keep diaries, according to CNN. Hundreds of their journals have been taken into evidence.

Elizabeth Smart Sends Message To 13 Siblings Held Captive: 'Life Is Not As Dark And Terrible As It Has Been'