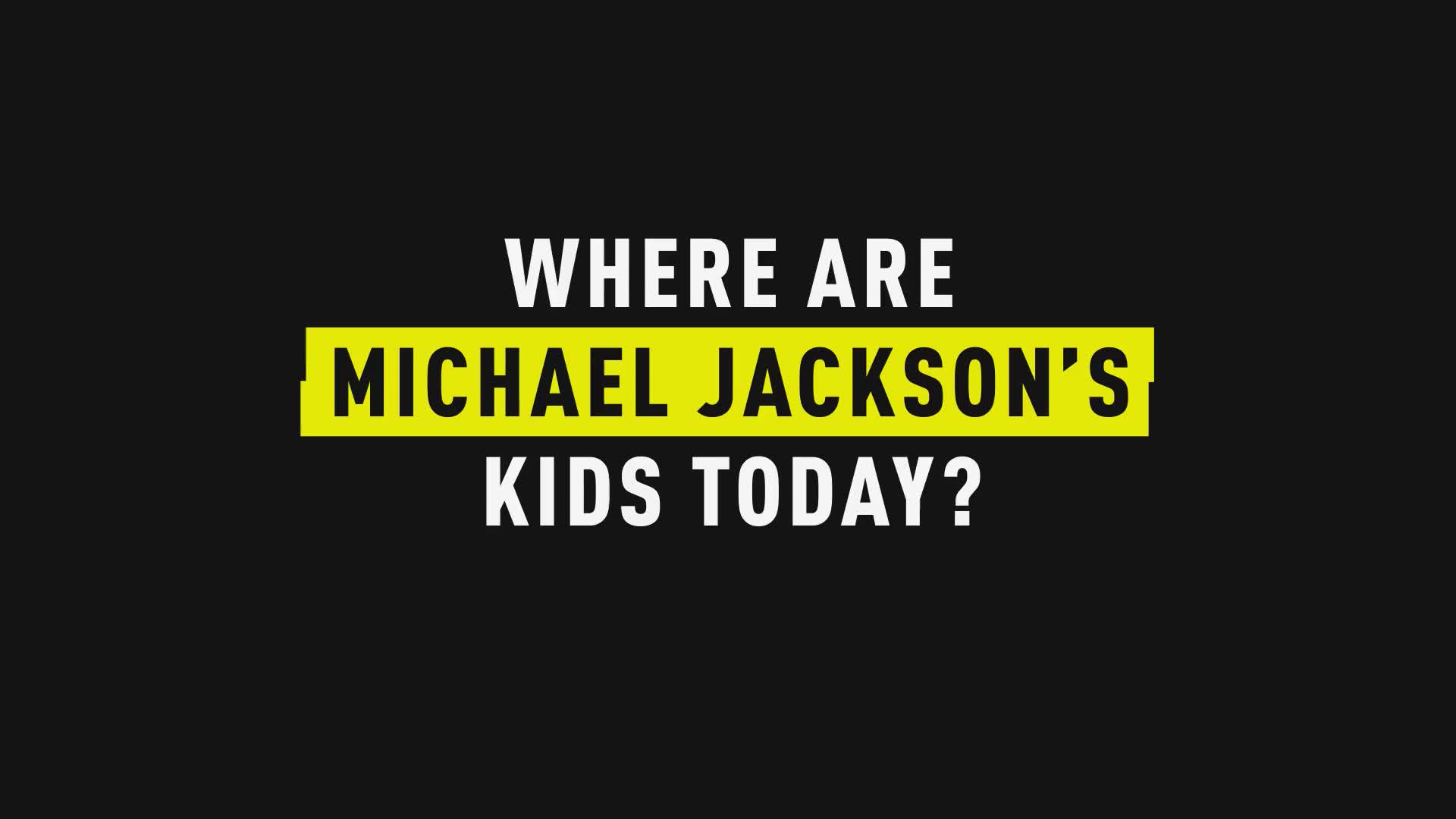 Michael Jackson died on June 25, 2009. The King of Pop succumbed to an overdose and died of acute propofol and benzodiazepine intoxication after suffering from cardiac arrest.

In life, Jackson was a reclusive celebrity who kept a private personal life. In the aftermath of his death, we've seen his three children — Paris Jackson, Michael Joseph “Prince” Jackson Jr. and Prince Michael “Blanket” Jackson II — emerge into the spotlight.

Here's where they are now.

At the time of Jackson's death, his children were literally young kids. Fans remember a young Paris tearfully speaking at her father's funeral.

Prince and Paris share the same mother, Michael Jackson’s second wife, Deborah Rowe, while Blanket was born to unnamed surrogate, according to Newsweek.

Since 2015, the young man (seen left) known to the world as Blanket Jackson changed his name to "Bigi" after reportedly being bullied for years, People reports.

A family friend told the magazine that while he’s still “shy around people he doesn’t know,” he is more “confident” nowadays.

Standing 5'10" with piercing blue eyes, Paris Jackson made her high fashion debut in 2017. Paris, who many say looks a lot like Michael's friend Madonna, modeled for Chanel.

She signed a deal with top agency IMG Models, according to E! Online, and has been seen in the pages of Vanity Fair, Harper's Bazaar and Rolling Stone.

In addition to modeling, Paris made her feature film debut in the movie “Gringo” in 2018, according to USA Today.

Outside of her professional career, Paris is currently dating musician Gabriel Glenn.

Being the daughter of Michael Jackson hasn't been easy.

Paris revealed to Rolling Stone in 2017 that she struggled with depression and addiction. She tried to kill herself at age 15, slashing her wrist and downing 20 Motrin pills.

"It was just self-hatred," she says, "low self-esteem, thinking that I couldn't do anything right, not thinking I was worthy of living anymore."

She shared that some of her many tattoos cover her scars, including places she used to intake drugs.

The Jackson children were raised by their large extended family. Drama that affects the Jacksons affects them as well. In 2017, family matriarch Katherine Jackson was in the middle of a heated legal battle with her nephew.

Paris and Prince were notably kept away from their grandmother during this time, so as not to reportedly affect her legal testimony.

Blanket, however, lives with his grandmother in her Calabasas, Calif., mansion as of 2017, according to People.

The Jackson kids grew up largely away from the public eye. As they've gotten older, Paris, in particular, has spoken out about being the scion to the superstar.

She told Rolling Stone how she copes with his death: "They always say, 'Time heals,' she says. "But it really doesn't. You just get used to it. I live life with the mentality of 'OK, I lost the only thing that has ever been important to me.' So going forward, anything bad that happens can't be nearly as bad as what happened before. So I can handle it."

Paris also said her father still visits her in her dreams.

Meanwhile, the family friend who spoke to People said “the kids live like Michael is constantly looking down upon them.”

The Jackson children continue to keep their father's memory alive.

In 2016, Paris honored the superstar with a tattoo. The new ink recreates the artwork of her father's 1991 album, “Dangerous.” Prior to that, she got the phrase “Queen of my Heart” inked on her wrist, which was written in her father’s handwriting.

Jackson’s eldest son founded Heal Los Angeles, which, according to its Facebook page, “is founded to further the cause of Michael Jackson’s ‘Heal the World’ organization and improve the conditions of those in Los Angeles.

Prince was awarded the Motif Lifetime Medal of Honor, the country’s highest honor in youth advocacy, in September 2018 over his work in the charity, according to Entertainment Tonight.

All Posts About
Michael Jackson