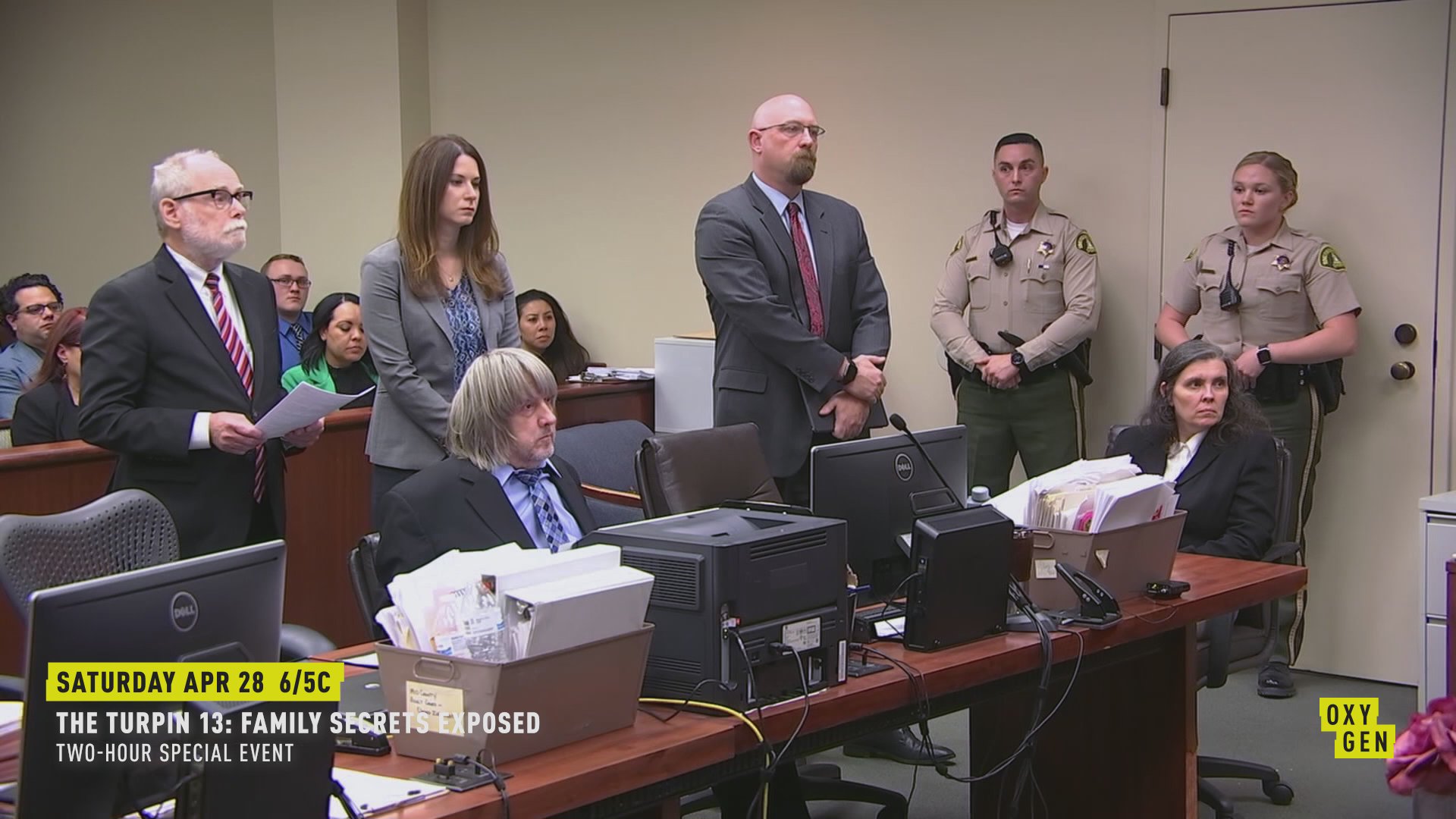 A woman who went to college with one of the 13 tortured children and adult siblings found in Perris, California, is speaking out. Angie Parra told NBC4 that she was in a music class with one of the older sons of David Allen Turpin, 57, and Louise Anna Turpin, 49. She called him a "sweet, but odd introvert.” She also recalled that he was “famished.”

Earlier this month, a 17-year-old girl escaped from her home to report horrific abuse that she and her siblings were enduring, allegedly at the hands of the Turpins. Police found the 13 family members, some of them allegedly shackled to furniture, in their home.

The Turpins have pleaded not guilty to multiple felony charges, including torture, child abuse, abuse of dependent adults and false imprisonment. David Turpin was also additionally charged with committing a lewd act on one of the female children by force, according to The Washington Post.

Parra told NBC4 that one memory sticks out: how the young man ate food at a school potluck. She said it seemed like he had been starved.

When the victim and his siblings were rescued, police initially thought all of the victims were children because of their severe malnourishment. The tortured family members range in age from 2 to 29. Seven are full-grown adults.

"I could see sadness in his face," Parra recalled. "His eyes – he never wanted to make eye contact with anyone."

Mike Hestrin, the Riverside District Attorney, detailed in a news conference last week how the Turpins allegedly only allowed their children to eat once a day and shower twice a year.

"There are cases that stick with you that haunt you," Hestrin said. "Sometimes in this business we're faced with looking at human depravity, and that's what we're looking at."

Oldest California Sibling Tortured By Parents Was Bullied For Being Smelly, Says Classmate