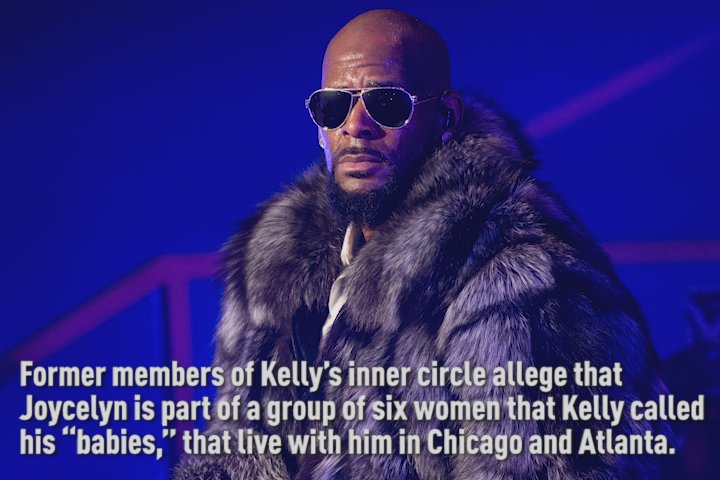 Singer R. Kelly is being hit with even more allegations of sexual abuse. This time, it’s being made by his former girlfriend.

Kelly’s ex Kitti Jones, now 34, is speaking out again during a BBC3 documentary, R Kelly: Sex, Girls and Videotapes. On the film, she reveals that Kelly alleges she was groomed by Kelly. She accuses the singer of forcing her to have sex with him and other people inside a “sex dungeon.”

“I was introduced to one of the girls, that he told me he ‘trained’ since she was 14, those were his words,” she said on the documentary, according to The Guardian. “I saw that she was dressed like me, that she was saying the things I’d say and her mannerisms were like mine. That’s when it clicked in my head that he had been grooming me to become one of his pets. He calls them his pets.”

Jones went on to say she witnessed that particular girl  “crawl on the floor towards me and perform oral sex on me, and he said, ‘This is my fucking pet, I trained her. She’s going to teach you how to be with me.’”

Kelly has not responded publicly to these particular accusations. Previously, Kelly has denied other allegations against him.

Jones has spoken out against Kelly before. Last year she detailed alleged abuse by the singer.

Last year, BuzzFeed published a bombshell report that alleged he is holding multiple women as sex slaves, and controlling their contact with the outside world.

At the time,  R. Kelly’s attorney, Linda Mensch told Pitchfork in a statement: “Mr. Robert Kelly is both alarmed and disturbed by the recent revelations attributed to him. Mr. Kelly unequivocally denies such accusations and will work diligently and forcibly to pursue his accusers and clear his name.”

All Posts About
R. Kelly