Kelly Coltrain spent the final hours of her life huddled under a blanket in a jail cell, vomiting on the floor as her body tried to detox from drugs without any medical help. She'd been arrested days earlier for driving with a suspended license after failing to appear for traffic violations.

Her family has since filed a lawsuit against Mineral County for what they believe was a preventable and negligent death. Relatives say the jail failed to provide the 27-year-old with medical help, even after she had divulged her history of drug-induced seizures and dependence.

Now best friend Katie Andreano is left with haunting memories of her last exchange with her friend as they discussed the recent heroin overdose of another mutual friend. Coltrain had texted her, "you know, that's why I am sober, because I would never want my mom to find me like that.'"

Before the final hours where Coltrain lay dying, she was known to those around her as an intelligent, optimistic person who cared deeply for others.

The two met in a 2005 high-school gym class and soon became inseparable, working and even living together after high school.

"She was just an incredible friend and person," Andreano said.

Relatives described Coltrain as extremely close with her parents and extended family. She was a vegetarian who loved yoga and aspired to become a nurse, according to the complaint filed by her family's attorneys.

She'd traveled to Nevada from her Texas home to celebrate her grandmother's 75th birthday in Lake Tahoe, visiting with relatives and even participating in a family talent show before her arrest.

Once a talented athlete, a severe tear in Coltrain's knee ended her sports career in high school. The injury left Coltrain "depressed, confused and disheartened," according to the complaint, and she began experimenting with drugs, including heroin.

Andreano said that while her friend wasn't perfect, she was more than just the addiction she battled.

"I think people should not be identifying anyone as just something, just a user, just a junkie, because it is a disease and she was much more than just a drug user," she said.

The two remained close friends up until Coltrain's death, however, Andreano said she did distance herself for several years after she found her own sobriety.

"It was really hard for me to live with her addiction because I just wanted her to get better," Andreano said.

In the months before her death, Coltrain told Andreano that she was no longer using drugs.

Andreano can't say for sure whether that was true, but she knew Coltrain wanted to be clean.

"She was embarrassed that she was addicted to a substance," she said.

Just a few months after Coltrain told Andreano she was sober, Coltrain would be found dead in her jail cell on July 23, 2017.

Andreano said she immediately had questions surrounding the circumstances of her friend's death, but didn't learn all the details until recently, when the suit was filed.

"It's completely devastating to see someone I love so much be treated that way," she said.

"The other thing I would really want from this is for people to just see people more as human instead of giving them such a title as an addict," she said. 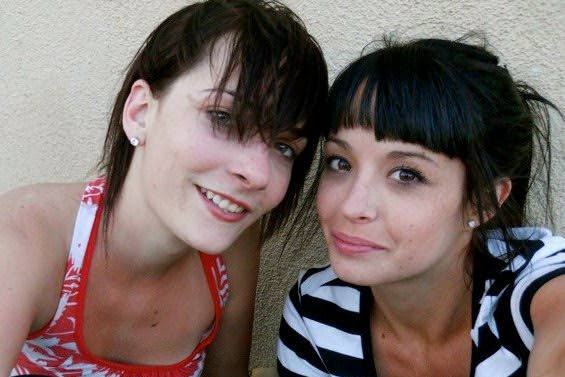