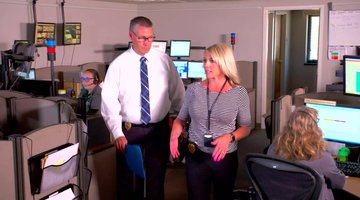 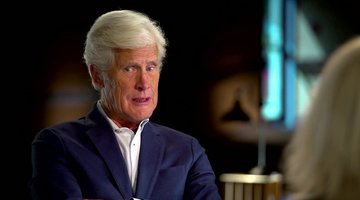 1:17
Preview
Was Angila Wilder’s Ex-Husband Involved in Her Murder? 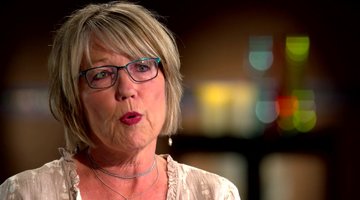 1:31
Preview
What Happened to Angila Wilder?

When a promising, young nursing student was found savagely killed in her North Dakota home, the evidence quickly pointed toward her ex-husband.

But after Richie Wilder Jr. was convicted of killing Angila Wilder, a casual conversation with a former bartender would reveal there was much more to the dark story, as seen on “Dateline: Secrets Uncovered," airing Thursdays at 8/7c on Oxygen.

Angila Wilder — a busy mother of three — had a bright future ahead of her. Angila was pursuing her nursing degree at Minot State University and had just found out she was expecting her fourth child when she was found dead in her Minot, North Dakota home on November 13, 2015.

Her fiancé, Chris Jackson, had called 911 to report he came home to find the back door of the home had been kicked in. Officers who went inside found the couple’s 2-year-old son unharmed in his crib and Angila stabbed to death in her bedroom.

“I didn’t know at the time exactly how many times she was stabbed, but I knew that it was vicious,” Minot Police Sgt. Dave Goodman told "Dateline" correspondent Keith Morrison, adding he’d later learn Angila had suffered around 40 stab wounds.

Jackson told police Angila had driven him to work at Wal-Mart just before 11 p.m. He also noted Angila had been nervous that night about staying alone.

“The night before she thought that she had heard somebody messing at the front door of the residence,” Minot Detective Sgt. Krista Mattice said. “She felt that she was being watched.”

Jackson texted and called her during his shift, but after 2 a.m. she stopped answering. He figured she had fallen asleep until he arrived home and discovered the back door kicked in.

As he sat in a police interrogation room, Jackson placed a phone call to a friend and clearly identified the person he believed was responsible: his fiance’s ex-husband, Richie Wilder Jr.

“Richie’s probably the [expletive] piece of [expletive] who did it,” he can be heard saying on the call. “God, I [expletive] hope they piece it to him.”

With a new potential suspect in the case, investigators reached out to Richie, who claimed he had been at home all night with his new wife, Cyndi Wilder, a kindergarten teacher at the local school district, after leaving work.

Cyndi confirmed the alibi, telling investigators that she had gotten up several times with their baby and Richie had been asleep in the bed each time.

“I don’t know anything,” she insisted to the detectives in a taped interrogation.

Although Richie and Angila — who first met at church in Alabama — once had a loving relationship, at the time of her death, they were embroiled in a bitter custody battle over the couple’s children.

“I got a frantic phone call from her one morning and I was like, ‘Calm down, what’s going on?’” her sister Crystal Morton recalled. “And she says, ‘It’s Richie. I just woke up, came out of my bedroom, went into my living room and he’s sitting on my couch and looked at me and said, 'See, I told you I can get to you if I wanted to.’”

Family members also described a violent end to their marriage, with Richie convicted of domestic abuse and forced out of the military after he had gotten physical with Angila.

Despite the alibi, the physical evidence discovered during the investigation also pointed toward Richie. A small drop of Angila’s blood was found in one of the couple’s vehicles, Richie’s DNA was found under Angila’s fingernails, and Richie had a scratch along his cheek bone after the murder.

“We were excited, we couldn’t believe it,” Mattice said of the evidence.

Richie was arrested and charged with murder. And although he initially didn’t want to talk to investigators, after a few months of sitting in jail, he asked to speak to detectives and laid out a shocking story.

Richie said he had planned the break-in with Angila’s fiancé because the men suspected that she had been cheating on Jackson and were hoping to get evidence of the infidelity to use in their custody cases.

Richie claimed once inside the home Jackson had gone crazy and started to stab Angila to death.

But detectives didn’t buy the story. Coincidentally, Goodman had been watching surveillance footage the night before their interview that clearly showed Jackson was at the Wal-Mart during his entire shift.

“I felt I had a very strong case,” prosecutor Kelly Dillon told “Dateline: Secrets Uncovered.” “My strategy was to simply present the crime scene, to present the physical evidence and present Richie’s multiple stories about how this went down.”

It took the jury less than an hour to convict him.

“I’ve had simple theft cases that have taken longer to decide,” Dillon said.

His wife, Cyndi, dissolved into tears outside the courtroom.

“He’s a good man,” she told reporters, according to the show. “He’s a good husband. He would never do anything that would hurt his kids. None of it makes any sense to me at all.”

She continued to insist that Richie had been home the night Angila was killed.

It initially appeared the case was complete, until Cyndi rekindled a friendship with a former local bartender and made some shocking admissions of her own.

Matt Walters had met Cyndi before she was married while he was working as a bartender at The Original in Minot.

“We’d hang out on slow nights and sit there and do shots together,” Walters told Morrison. “There was one night where we had a really good, in-depth conversation and ever since then she felt this connection.”

The friends drifted apart for a while but after Richie was arrested Cyndi tracked Walters down on Facebook.

Cyndi insisted that Richie was innocent and had been home alone with her, but as Walters and Cyndi continued to talk online, she revealed a startling new detail.

During one conversation about Richie’s arrest, Walters commented that killing someone with a knife had not been a smart way of carrying out the murder — and Cyndi confessed it had not been the original plan.

“She said, ‘Well, the knife was a backup. It was supposed to be a gun,’” Walters explained.

Disturbed by what he heard, Walters reached out to police and eventually agreed to help by letting them wire his car and arranging to meet Cyndi in person.

The pair headed to the bars but the conversation never steered toward the murder — until Walters was about to end the night.

Cyndi told him that she was “proud” of her husband.

“I’m just pissed that he got caught, and that he got sloppy and impatient,” she said, according to a recording obtained by “Dateline: Secrets Uncovered.”

She went on to add that they had the murder planned for “like two f--king years” but when Richie came home the morning of the killing he told her it had gotten messy and she had fought back.

“She put up a good fight,” Cyndi said. “She scratched his face. Like — and that’s what got him, too, was [expletive]. Like, if it was me I [expletive] would’ve gone back and cut her [expletive] fingers off. I would’ve burned them. I would have lit the house on fire.”

According to Cyndi, Richie had gone “psycho” on his ex because of the “hate,” “anger,” and “frustration.”

She admitted during the conversation to helping Richie clean up after the murder, surveilling Angila from her car for Richie, and helping him plan the murder.

“I fully believe that it needed to be done,” she said of the slaying.

The recording was enough for investigators to arrest Cyndi and charge her with conspiracy to commit murder.

She’d later tell Morrison that although “a handful of things in that conversation were "somewhat true” most of what she had said was “extremely exaggerated” to try to impress Walters, who had his own criminal past.

Even with the damning recording, prosecutors offered Cyndi a deal that would have included a 25 year-sentence, but Cyndi turned it down.

Instead, she hoped to get less time behind bars by taking an Alford plea, which didn’t admit guilt but acknowledged there was enough evidence to lead to a conviction in the case.

It would be a costly gamble. Rather than the 25-year sentence that was part of the plea deal, a judge sentenced Cyndi to life in prison without the possibility of parole.

“You were the one person who could have stopped this nightmare,” Judge Stacy Louser said while handing down the sentence.

For more on this case and others like it, watch "Dateline: Secrets Uncovered," airing Thursdays at 8/7c on Oxygen.

Investigator In Murder Case Ends Up Behind Bars Himself

Who Killed A Kentucky Mom At Her Workplace?