Sign Up for Free to View
Who Was Sabine Buehler? 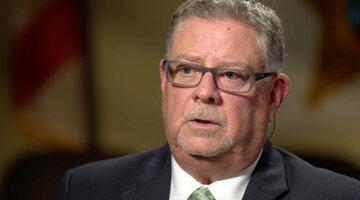 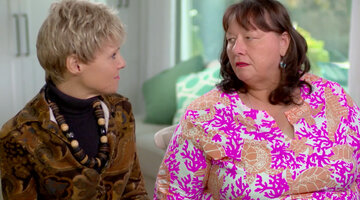 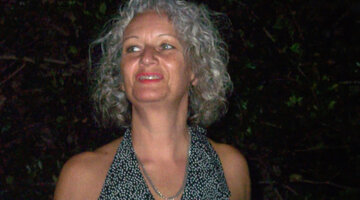 Sabine Buehler had wanted nothing more than to own an island resort.

With the help of her husband, Tom Buehler, that dream was realized when they became the proud owners of a ‘50s-style motel on the Florida island of Anna Maria and renovated the run-down property to once again become a vibrant island getaway.

The couple was known in the seemingly idyllic beach community for their generosity and fun-filled parties that brought the whole town together. But the dream would turn into a nightmare after Sabine mysteriously disappeared in 2008, leaving behind a disturbing set of clues that signaled a terrifying end to her life in paradise.

Sabine had always been a rescuer, whether it was restoring a run-down motel to its former glory, volunteering to help the island’s turtles safely nest and breed, or giving someone often overlooked by others a second chance, according to her neighbor Barbara Hines.

“Sabine never saw something that had a broken wing that she didn’t try to fix,” Hines told “Dateline: Secrets Uncovered,” airing Wednesdays at 8/7c on Oxygen.

For friend Nancy Ambrose, it had been giving her a chance to work despite her struggle with cancer and a complicated and demanding chemotherapy schedule.

“She was just amazing,” Ambrose recalled. “I mean, she was just one of those people that cared about everybody.”

On election night in 2008, Ambrose had been planning to meet Sabine at a watch party for soon-to-be President Barack Obama, who Sabine had tirelessly helped campaign for despite the state’s Republican history.

But when Ambrose arrived at the party, she couldn’t find her friend. She assumed that because she had been late, she must have missed Sabine — but days later she would learn that Sabine, a native of Germany, had mysteriously disappeared.

Authorities found her beloved white Pontiac convertible just two days later around 2:30 a.m. in a seedy neighborhood across the bridge from Anna Maria.

A police officer had pulled the driver of the car over for having a broken tail light, but it wasn’t Sabine behind the wheel. Instead, the officer found a man named Robert Corona, who was a known street criminal with a lengthy criminal past.

Sabine’s friends and family insisted, however, that Sabine would have never been doing drugs — she didn’t even like anyone to smoke around her — and Tom maintained that his wife would never have let anyone else drive her car.

When Manatee County Det. Jeffrey Bliss went to visit Corona in jail and explained that he was a homicide detective looking into Sabine’s disappearance, Corona quickly changed his story, admitting he had never really met the car’s owner.

Instead, he told investigators that he had found her car parked behind the Gator Lounge in a bad area of town with the keys inside, and decided to take advantage of his luck by stealing the convertible.

At the time Sabine disappeared, there had been trouble in paradise. The impeding recession meant that Tom and Sabine were struggling financially and Sabine had even confided in Hines that the couple was “highly, highly, highly leveraged” as they tried to hold onto their prized motel.

The couple’s marriage had also deteriorated. After 10 years together, Tom and Sabine had decided to break up and were each living with other people at the time of her disappearance, although they decided to stay married and run their business together.

Tom seemed concerned about his wife, although he never reported her missing until after investigators had come to knock on his door. He told detectives that he only stood to gain $100,000 in life insurance in the event of his wife’s death, but investigators would soon learn that figure was actually $300,000.

The suspicion around Tom grew among those in the small island community when 12 days after Sabine had disappeared, a portion of the motel property caught on fire in what authorities would later deem was arson.

“We weren’t sure if something happened there and then she was buried somewhere. We just didn’t know,” Bliss said of the possibility that the fire had been an attempt to conceal evidence.

Investigators also considered the other man in Sabine’s life, her new boyfriend, Bill Cumber — who carried a dark set of secrets from his past.

Cumber had been a handyman at the motel before getting arrested and serving time behind bars for arson after he had tried to burn down the home of his then-girlfriend while she and her children were inside.

Sabine had been struck by Cumber’s charm and good looks and began writing him letters while he was in prison. When he got out, she was waiting for him and helped Cumber, a struggling artist, get set up in his own workshop to start a woodworking business.

Tom had discovered the pair together one day in one of the motel rooms.

“He had caught them having sex in room 11 of Haley’s Motel, but he said it wasn’t a jealousy thing. It was a lack of respect,” Kenney said of Tom’s reaction to his wife’s activities.

Bill and Sabine eventually moved in with one another, and Tom devoted his time to a new romance of his own.

Bill told investigators that on the day Sabine disappeared they had an argument about his smoking and she had stormed out of their apartment.

“I think it’s a tragedy. I think the world is missing somebody special,” Cumber told local media while getting choked up. “I feel responsible for her leaving, leaving here. As far as what happened after that, I have no idea.”

Authorities began to wonder if there was more to that story when Cumber moved out of the couple’s apartment about a month later and investigators went inside and found a strong smell of bleach and “blood evidence” that was matched to Sabine.

Her blood had also been found in her white convertible and Cumber's DNA had been found in the driver’s seat, despite the insistence of those around her that she never would have let someone else drive her car.

Investigators also discovered that Cumber had friction burns on his hands that they felt could be consistent with someone digging a hole to conceal a body.

Without Sabine’s body, however, prosecutors didn’t feel they had enough to make an arrest.

As luck would have it, Cumber was taken into custody anyway a short time later after he had violated his parole by moving out of the county to try to escape law enforcement scrutiny.

When Sabine’s purse was found discarded in some brush just a few blocks from her apartment, authorities finally felt they had enough to make a circumstantial case against him and Cumber was arrested for second-degree murder in 2012.

Three years later, as Cumber was preparing to face a jury trial, he made the decision to accept a plea deal with prosecutors. He agreed to lead authorities to Sabine’s body in exchange for a 20-year prison sentence.

Cumber had buried his girlfriend on the beach, just feet away from a bench where the couple had liked to sit to watch the sunset together.

He told authorities he had killed Sabine in a fit of rage after they argued about his smoking and she told him that she wanted to end the relationship.

“I lose control. And I — I hit her in the head … with my fist … And … it’s a disgusting situation, man,” he said in his confession, adding that he had later strangled her to death.

After leading detectives to her body, Cumber took a moment to kneel on the makeshift burial spot and say his final goodbye to the woman who had chosen to see the best in him.

“I walked him back to the car and he just asked me to let her family know she was a very good woman and she didn’t deserve to die and he was very sorry for what he had done,” Bliss said. “He was very emotional and crying quite a bit.”

For more on this case and others like it, watch “Dateline: Secrets Uncovered,” airing Wednesdays at 8/7c on Oxygen or stream episodes here.