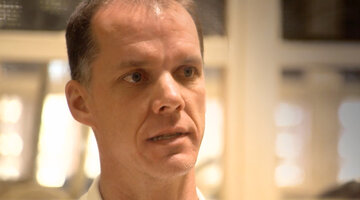 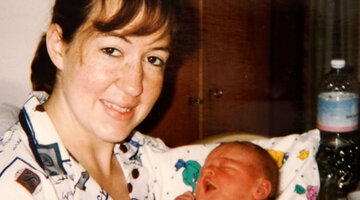 2:56
Preview
Your First Look at the Murder of Lynn Armstrong Reister 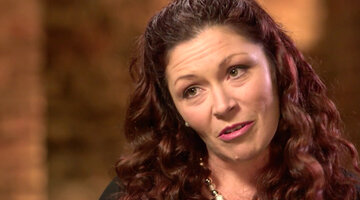 The soldiers and staff at the Fort Bliss military base gathered to bid their beloved Commander Capt. Lynn Reister goodbye on May 24, 2001 before the pregnant mom embarked on a new job.

Those she supervised had ordered a special plaque for the farewell party to commemorate the contributions the 30-year-old had made during her time at with the Army unit.

“She inspired people and that’s maybe why she made such a great commander,” Army veteran Debbie Moore told “Dateline: Secrets Uncovered," airing Wednesdays at 8/7c on Oxygen. “She inspired her troops. She inspired those that worked for her to want to do well.”

But Lynn would never arrive at the party held in her honor.

She was found dead with her throat slashed in her El Paso home, cutting her life, as well as that of her unborn child, short, and leaving her 4-year-old son without a mother.

Lynn’s husband, Roger, said he found his slain wife in the bedroom of their home.

“I just got home,” Roger, who was heavily panting, told the 911 dispatcher. “My wife is dead.”

Throughout her career, Lynn had been fighting overseas and had been in charge of the Army’s air defense artillery in Saudi Arabia — but she lost her life to an enemy much closer to home.

Lynn grew up with a brother and two younger sisters in the military town of Pensacola, Florida. She earned her own officers commission from Vermont’s Norwood University and was later stationed in Germany, where she met Moore, one of her closest friends.

“Lynn was very intelligent,” Moore recalled. “She knew how to bring out the best in people.”

The women often spent free Saturday nights at an Army bar on base, where Lynn caught the eye of Roger, an enlisted soldier.

“She had a smile that just, you know, lit up the room,” Roger told "Dateline" correspondent Andrea Canning.

The pair tied the knot and before long they welcomed their first son. Roger seemed to relish the role of being a father.

“He would bring him up to visit and you know, they would play and he seemed very happy being a dad,” Lynn’s assistant told Canning.

But the couple also had their challenges. The military lifestyle meant that they often had to endure long periods apart and when their son was 4 years old, Lynn was deployed to Saudi Arabia. While she was away, Roger was often seen out partying with a group of young teenagers and hosted alcohol-fueled parties at their home. When word got out to Lynn halfway across the world, she wasn’t pleased.

“Our marriage cannot withstand another deployment like this. Period,” she said in one message left on the couple’s answering machine.

When she returned, Roger convinced Lynn to let his troubled brother Rodney come live with them. Rodney had been on probation on Florida but was allowed to move to El Paso, Texas, where the family was stationed, after Lynn agreed to write the court a letter taking responsibility for him.

She also found out she was pregnant with the couple’s second child. With her family growing, Lynn decided she wanted to stay closer to them and put in a transfer to teach ROTC in Minnesota.

“She was going to be a teacher. It was something that she was really looking forward to,” Roger said.

But before she ever started the new position, Lynn was brutally murdered.

After finding no signs of a robbery, investigators concluded Lynn had been targeted. But who would have wanted the beloved military leader dead?

“It could be anybody,” El Paso Det. Gonzalo Chavarria said. “It could be a neighbor. It could be a lover. She was a Captain, she was a supervisor, and we thought about her troops and her subordinates and maybe somebody that she might have disciplined.”

Investigators felt certain the one person who couldn’t have killed Lynn that day was her husband, Roger. He had a solid alibi and had been seen all day by his coworkers.

But detectives soon learned that there had been tension between Lynn and Rodney, who had become an unwelcome house guest.

“There were times where he would just lay around all day long,” Moore recalled, adding it had become a “not very good relationship” between Lynn and Rodney, and Roger had asked his younger brother to move out.

Rodney initially cooperated with authorities and suggested another possible suspect, a woman who he said had a crush on Roger. But investigators discovered the relationship between the woman and Roger had gone much deeper — the pair were having a full-blown affair and the woman, who was 19, was pregnant.

Lynn had even gone to the woman's home once to try to talk and work things out. Despite the betrayal, Lynn had remained committed to trying to make her relationship work.

“I think it was important to Lynn that her family stay together and that her son be raised by you know, a mother and father, and that she would work it out,” Moore said.

Her devotion may have been a deadly mistake.

Police were able to link the murder to Rodney through a bloody palm print found on Lynn’s arm.

When he was confronted with the evidence, Rodney allegedly confessed to the crime and told police that he had only killed Lynn because his brother asked him to carry out the murder. Rodney said Roger had helped him prepare the weapon and had even laid out a spare set of clothes Rodney could change into after the killing, investigators alleged.

“Roger wanted a life insurance policy, he wanted custody of his young son. He knew that if his affair became apparent that he’d face consequences in the military, including prosecution and military jail,” prosecutor John Gibson explained of this theory in the case. “He didn’t want to move to follow Lynn and her career to Minnesota. He wanted to stay and he wanted to party back here in El Paso.”

Investigators also spoke to six people from Roger’s inner circle who said they knew he wanted Lynn dead, including two who said Roger had asked them to carry out the deadly act.

Rodney — who would later refuse to testify against his brother — was convicted as a civilian of capital murder and sentenced to life in prison.

Roger was found guilty of solicitation of murder and given four life sentences, according to the El Paso Times.

He continues to profess his innocence from behind bars, placing the blame for his wife’s death solely on his brother.

“I love my wife,” he told Canning from a Texas state prison. “We were trying to build a future together.”

For more on this case and others like it, watch “Dateline: Secrets Uncovered," airing Wednesdays at 8/7c on Oxygen or stream episodes here.