Sign Up for Free to View
What Happened to Cassy Farrington? 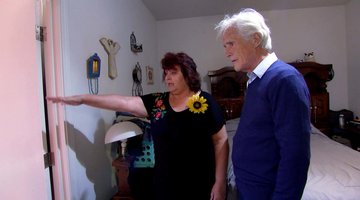 1:34
Preview
What Happened to Cassy Farrington? 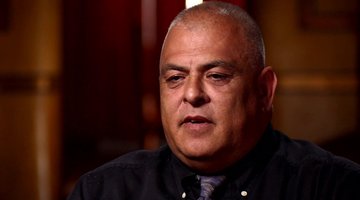 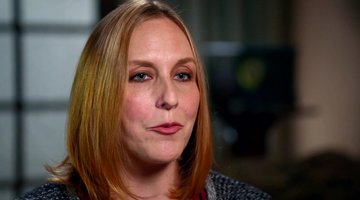 Just hours after Cassy Farrington was found dead with bruises all over her body and fully clothed in an overflowing tub at her New Mexico home, investigators released the home back to her family.

But her parents were shocked to find critical pieces of evidence — including the 23-year-old’s broken glasses and hair ribbon in a guest bathroom — had been left behind and were never collected by investigators.

The tub in the master bedroom, where Cassy’s body had been found, was still full of water, concealing a series of black scuff marks along the side of the tub that suggested a possible struggle.

The Grant County Sheriff’s Office would even later confirm that no fingerprints or DNA swabs had been taken at the scene.

The day after Cassy, a nurse and mother of two, was found dead in the Silver City home, authorities discovered that landlord Billy Lee had ripped up and removed the carpet there, disposing it along with any evidence that may have been left behind.

“How can you be done with your investigation that quick?” Cassy’s dad Chuck Brooks asked “Dateline: Secrets Uncovered,” airing Wednesdays at 8/7c on Oxygen.

Growing up, Cassy had excelled at nearly everything she tried. She earned straight A’s, was a member of the National Honor Society and had a slew of athletic pursuits including volleyball, basketball, softball, track, and poms.

“She never quit. I would have to make her take down time,” Brooks recalled.

Cassy had dreamed of one day becoming a doctor, but her plans were derailed when at 16 years old, she discovered that she was pregnant. Within one month, she had her baby, graduated from high school, got married to Brad Farrington, and moved out of her family’s home.

Although she would never attend medical school, Cassy became a nurse and had one more child.

The marriage to Brad wouldn’t last and by the time Cassy was 23 years old, she was embarking on a new relationship.

Her new boyfriend, David Berry, had been great with her kids and the pair were “just building a life together,” friend Mary Flores told “Dateline: Secrets Uncovered.”

Cassy was living in a home she rented from one of her nursing professors, Charnelle Lee, and life seemed to be going well for the young mom until the tragic events of March 24, 2014.

Cassy had finished her graveyard shift at a Silver City hospital and told her mom, Darlene Brooks, on the telephone that she planned to get her children to school and then take a nap before she had to pick them back up.

When her parents got a call that she never arrived to pick up the children, they requested that Charnelle go check on Cassy at the house.

When Charnelle arrived at the back door, she noticed water was pouring into the kitchen from the hallway.

“It was very strange,” she recalled.

After getting the key for the property, Charnelle went inside and made a grisly discovery. Cassy was floating face down in an overflowing bathtub, wearing her nursing scrubs. Water still poured out of the faucet and onto the floor, soaking the home.

Charnelle discovered there was also water running in the tub in the guest bedroom at the other end of the house and found that the towel bar had been ripped from the wall in that room.

Lead detective Jose Sanchez, of the Grant County Sheriff’s Office, arrived at the scene and began the investigation into Cassy’s death, noting there had been no signs of forced entry and Cassy’s backpack and lunch box still sat at the foot of her made bed.

Cassy’s parents rushed to the scene and were asked repeatedly by investigators whether their daughter had been suicidal — a suggestion they had bristled at.

But Lt. Ray Tavison — who had been Sanchez’s supervisor at the time — insisted he had just been trying to gather information.

“A young lady just doesn’t die, you know, out of the blue. We consider it a homicide until we’re proven otherwise,” he told “Dateline” reporter Keith Morrison, noting there had been bruising on her arm and around her neck.

Investigators would spend just several hours in the home before releasing it back to the family.

Sanchez would later tell Tavison that he never dusted for fingerprints at the property because he assumed it would have been “too clean.”

Her family  questioned whether Berry, her new love interest, could have been involved.

“His behavior the first few days after her death was very strange and peculiar to me,” Chuck said. “I, myself, never really saw him shed a tear but I was suspect of everyone that had any contact with her.”

Without any physical evidence, the case quickly went cold.

But Sanchez had never even spoken to the family’s prime suspect in the case, Cassy’s ex, Brad, a former Silver City police officer.

Her family believed that Sanchez may have been trying to protect a fellow law enforcement officer and decided to take their concerns to the district attorney’s office. They met with then-chief deputy district attorney George Zsoka.

“People got a little hot under the collar,” Zsoka recalled of the meeting that also included the sheriff, undersheriff, and Tavison.

The group agreed Sanchez had made mistakes in the case.

“I had no reason to doubt him, but I should have. I should have micromanaged him,” Tavison said, attributing the lag in the investigation to laziness.

Sanchez was removed from the case and veteran detective Sgt. Jess Watkins took over, quickly turning his attention to Brad, who had been going through a nasty custody battle with Cassy at the time she died.

Her family painted a picture of a volatile relationship between the pair, saying one time Cassy woke up to find her husband standing over her in the dark as she slept. On another occasion, Darlene saw Brad put her daughter in a headlock and push her against the wall.

“He had her convinced he was going to kill her,” Chuck said.

Cassy told others that Brad had also been abusive to their children, allegedly binding their hands and feet together and putting tape over the youngest’s mouth in what he claimed had been a game.

Just weeks before she was killed, Cassy’s 5-year-old son came home from a visit with his father and told her that Brad told the child he planned to kill Cassy and Berry.

“I don’t think a five-year-old makes that up,” Chuck said.

Watkins determined that Brad had been the only person with a motive to kill Cassy and believed evidence uncovered during an autopsy determined that Cassy had been killed by someone who had been trained in defensive tactics, like the former police officer.

After evaluating all the evidence, Brad was arrested and charged with the murder.

“I think that was his way to take what he could from her, to say, ‘Hey, look those kids are not going to have you,’” Watkins said of the perceived motive.

Brad’s defense team argued that there was no physical evidence placing him at the scene of the murder, but the judge in the case made the unusual decision to allow hearsay evidence and prosecutors paraded a string of witnesses before the jury who painted a picture of a violent and abusive marriage.

It took the jury just hours to convict Brad of first-degree murder. He was sentenced to life in prison.

Brad attempted to appeal the decision, arguing that the hearsay should not have been allowed at trial, but in 2020 the New Mexico Supreme Court upheld the conviction, according to local station KRWG.

Her two children are being raised by Brad’s family.

For more on this case and others like it, watch "Dateline: Secrets Uncovered," airing Wednesdays at 8/7c on Oxygen, or stream episodes here.

Calling All True Crime Fans
Oxygen Insider is your all-access pass to never-before-seen content, free digital evidence kits, and much more!
Sign Up for Free
All Posts About
Movies & TV
Related