Sign Up for Free to View
Is Somebody Out to Get the Harrison Family? 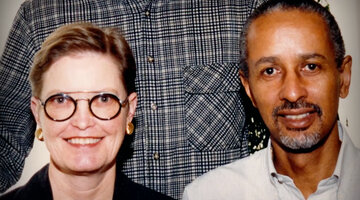 2:28
Preview
A Clue Points Authorities in a Surprising Direction in Harrison Case 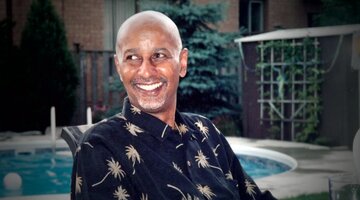 Now Playing
1:40
Preview
Is Somebody Out to Get the Harrison Family?

When Bill Harrison was found dead in his bathroom, authorities believed he died of natural causes.

But just over a year later, his wife, Bridget Harrison, was found dead at the bottom of the stairs.

Investigators believed once again that it was nothing more than a tragic coincidence — but after a third member of the family was killed, it soon became clear that someone had been systematically killing off members of the Harrison family for years.

“This isn’t a curse, this isn’t a fluke,” Bridget’s brother Doug Blackwell told “Dateline: Secrets Uncovered,” airing Wednesdays at 8/7c on Oxygen, of the stunning realization. “Somebody has made an action here.”

But just who would have wanted to eliminate an entire family?

The Harrison home had once been a “home of happiness” according to relatives who had spent countless family holidays and gatherings at the house on Pitch Pine Crescent in a suburb of Toronto.

Bridget — a one-time child actress — met Bill as a teenager and quickly fell in love. After the couple got married, Bill worked in management at one of Canada’s largest grocery store chains.

“I think he was just a natural leader,” niece Nicole Gallant remembered. “He was very deliberate in his thought process about everything. He was a thinker.”

Bridget gave up acting and eventually became a school superintendent.

“She was kind of fiery and a bit of a rebel and a real, you know, seeker of justice,” Gallant recalled.

Together the couple adopted their son, Caleb, who Gallant described as being “constantly on the go.”

“She was lovely,” Caleb’s childhood friend Stephanie Dunn recalled. “She was very, very outgoing so it just seemed like where has this girl been, you know? It was a great match.”

The pair eventually got married and welcomed a son and daughter.

Even with their busy lives, Bill and Bridget had doted on the grandchildren.

But the family hit a rough patch when Caleb and Merritt split up after five years of marriage. Caleb — who had been distraught by the breakup — moved back in with his parents. After a night of drinking, he slammed head-on into a taxi driver, killing the driver, while behind the wheel. He was sentenced to 18 months behind bars for the deadly crash.

While he was in jail, his parents shared custody of the couple’s children with Merritt.

The family was struck by tragedy again on the night of April 16, 2009 when Bill Harrison was found dead in the bathroom of the family’s home at the age of 64. Bridget told 911 dispatchers that she had found Bill “wedged in against the wall, between the toilet and the door.”

The pathologist concluded that Bill had died of acute cardiac arrhythmia. The family had been troubled by several clues at the scene — including that even though Bill had been home alone, he had been found inside a locked bathroom — but concluded his death had been caused by natural causes.

A few months later, Caleb was released from jail and the family tried to carry on without Bill. But just after the one-year anniversary of Bill’s death had passed, Caleb’s young son came home from school to find 63-year-old Bridget dead at the bottom of the stairs on April 21, 2010.

“It was even more traumatizing,” Gallant said of the second death. “There’s a whole other level of disbelief that something like that would have happened and it was — it was shocking.”

Paramedics noticed bruising around her throat. Bridget’s family was convinced that foul play was involved.

“There was nothing believable about a perfectly healthy person having a catastrophic fall,” Gallant said. “I don’t buy it for a hot second.”

Peel Regional Police investigated the death and called in Merritt for questioning, who told police that Caleb “didn’t have a good relationship with his mom.” She also said that Caleb had been physically violent with her when they were married and was later convicted of domestic assault.

“He was, like, sneaky about the way that he would assault me, so I know that he has in him a tendency to harm people if they piss him off,” she said, adding that she “didn’t want to make any assumptions” about the case.

But ultimately, authorities concluded there was no foul play and classified the death as “undetermined.”

RELATED: After A Woman Told Her Ex To Move Out, He Framed Her For A Series Of Armed Robberies

Blackwell said he grew concerned that Caleb or the children could be in harm’s way and urged Caleb to create a will.

Caleb was busy being a devoted dad and regular coach of their baseball teams, but in a stunning twist, he’d also be found dead by a coworker in the same home on Pitch Pine Crescent on Aug. 23, 2013.

Caleb was found in the bedroom with bruising under his chin and throat and scratches on his chest. Paramedics immediately suspected foul play and called police.

“This time I collapsed,” Gallant recalled. “This one like floored me in a whole new way, so this was devastating.”

The evidence was clear that Caleb had been beaten and strangled. His death was ruled a homicide, but police also began to reconsider his parents’ deaths just years earlier.

Police discovered that at the time of each death, it had been at a critical point in a custody battle between the Harrison family and Merritt.

Just after Bill was discovered dead, Merritt and her boyfriend, Chris Fattore, kidnapped the children. Authorities finally tracked the couple, Caleb’s children, and their own four children, down seven months later in Nova Scotia. Merritt was arrested for parental child abduction.

Merritt pleaded guilty to the charge against her and Bridget had been expected to give a victim impact statement against her former daughter-in-law at the time of her death in 2010.

Meanwhile, when Caleb died, Merritt had been seeking to have her children for more time, but Caleb had been resistant to the idea.

After piecing the timeline together, police embarked on an undercover mission to catch Merritt and Fattore. They managed to get them out of town through a free trip set up by an undercover officer, so that they could bug the family’s home.

They captured the couple seemingly talking about the deaths and the evidence they might have left behind.

“He did grab me by the neck,” Fattore said in an apparent reference to the DNA under Caleb’s nails.

“Even if, by chance, he did get you on the neck, by chance, that would be a miniscule amount,” Merritt responded.

They also found a pair of black gloves that had Fattore and Caleb’s DNA on it. Fattore’s DNA was also found under Caleb’s fingernails.

Ultimately, Fattore confessed to police he killed both Bridget and Caleb, but claimed he “knew nothing” about Bill’s death.

As part of the new look at the case, a pathologist who reviewed Bill’s autopsy files discovered that Bill had bruising on his chest and neck and concluded that Bill had been assaulted before his death.

Despite his denial, Fattore was charged in all three deaths but was only found guilty of killing Caleb and Bridget.

Merritt was convicted of first-degree murder of her ex-husband, Caleb.

For the Harrisons'' extended family the verdicts brought some measure of justice, but still left them with lingering questions about whether police could have acted differently earlier in the investigation before all three family members were killed.

“If everybody would have done their job they way they should have, there would have been one death and Bridget and Caleb would still be alive,” Blackwell said.