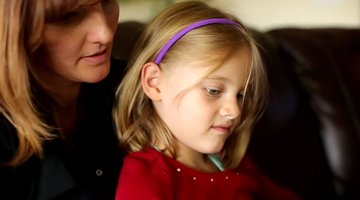 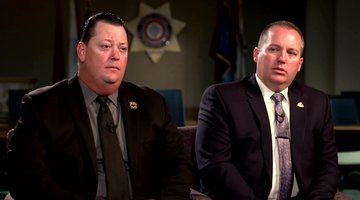 2:02
Preview
“She Was Not With Us Anymore,” Erin Corwin’s Mom Says 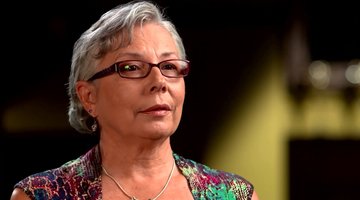 1:33
Preview
What Happened to Erin Corwin?

The 19-year-old was expecting a baby and was anxiously awaiting her mother's first visit to California since Erin had moved to Twentynine Palms with her high school sweetheart and husband, Jon Corwin.

But after waking up early and leaving the couple’s military base housing around 7 a.m. on June 28, 2014 to scout out possible trails in Joshua Tree National Park to take her mother to the next month, Erin seemingly vanished without a trace.

“I was just so stressed and worried,” Jon would later tell “Dateline: Secrets Uncovered,”airing Wednesdays at 8/7c on Oxygen, adding that he had tried to call his missing wife at least 50 times before reporting her missing the next morning.

Lore Heavilin initially believed her quiet, directionally-challenged daughter may have just gotten lost in the vast national park, but when the teenager’s car was found abandoned several miles north of the park a few days later, she knew her daughter had likely met a more sinister end.

“When they found her car, without her, that’s when I knew something else had happened and I think I knew at that point and time she was no longer with us,” Heavilin told "Dateline" correspondent Andrea Canning. “I knew my daughter, and I couldn’t get to Twentynine Palms quick enough.”

Detectives with the San Bernardino Sheriff’s Office began to delve into Erin’s life and soon discovered damaging secrets that could have put the young military wife’s life in danger.

Erin, who had been adopted by the Heavilins, had grown up in Oak Ridge, Tennessee. Those who knew her described her as a quiet and shy girl, with a big love for horses.

“When I think of Erin with horses … she’s very confident, she knows exactly what she wants and what she’s going to do, but with people she was much meeker, much quieter, calmer,” her friend Abby Gooch told “Dateline: Secrets Uncovered.”

Jon proposed to Erin — who he said he was “always able to talk to” — when she was just 18 years old. The couple eloped in Las Vegas and soon set off to begin their new life together in Twentynine Palms, where Jon had been stationed.

But the young romance quickly began to derail. Erin suffered a miscarriage early in their marriage that left her feeling devastated and depressed, and Jon soon learned that she had also been carrying on an affair with their neighbor on base, Chris Lee.

Chris, his wife, Nichole, Jon, and Erin had all been close friends, often spending time together on the White Rock Ranch Horse Rescue in nearby Watsonville. While it initially just seemed like the four had developed a strong friendship, the ranch’s founder, Isabel Megli, told Canning she soon noticed a deeper bond forming between Erin and Chris around Christmas 2013.

“They were laughing and carrying on about something on the computer,” she said. “I hadn’t seen her act like that. It was like a kid in the candy store.”

The behavior was so odd, Megli said she warned Chris’ wife, Nichole, but Nichole initially shrugged off Megli’s fears, telling the ranch owner that the pair were just friends and had developed a close bond because they both struggled with depression.

Chris, a Marine himself, had reportedly been having a difficult time after returning from a tour in Afghanistan.

Megli’s suspicions were soon confirmed, however, and just two months later, Jon said Nichole reached out to him to let him know their spouses were having an affair.

“It was a bombshell,” Jon said. “It was earth-shattering.”

Yet, Jon had been determined to make his marriage work. Erin assured him the affair was over, they patched things up, and Erin soon found out she was expecting a baby. On the morning of June 28, 2014, when Erin woke him up and kissed him goodbye, Jon believed his life had gotten back on track.

It wasn’t until she was reported missing that Jon said he learned from investigators that the affair had secretly continued.

Before she disappeared, Erin had been planning a new life with Chris and had texted her friend back in Tennessee that she was planning a special visit to the national park with Chris.

“So apparently this surprise trip is super important and I finally got him to tell me it’s by the national park … ” Erin had texted on June 25, 2014.

She said she was “clueless” about what the surprise might be, but when her friend texted a ring emoji Erin admitted she was excited about the possibility of a proposal.

“This day cannot come quick enough!” she wrote, according to “Dateline: Secrets Uncovered.”

After learning of the affair, detectives soon brought Chris in for questioning. He admitted to the affair, but claimed that on the day Erin disappeared he had been at the national park by himself to hunt coyotes and had shot his gun several times at some rocks.

“It was just a very unusual, wild story that he was telling me,” San Bernardino County detective Daniel Hanke said.

Detectives were suspicious of Chris, but without enough evidence to go on, they were forced to release him. Chris was ultimately discharged from the Marines and moved with his wife and young daughter back to Alaska.

Without a body, investigators were unable to prove that Erin was no longer alive.

The investigation hit a road block, until Megli remembered that the week before Erin had disappeared Chris had mentioned going to the national park with a friend and exploring some mines, including one that “no one would ever find.”

With the help of a skilled volunteer familiar with the mines spread across the terrain, investigators and volunteers began to meticulously search the mines.

After weeks without any luck, investigators were planning to halt the search after one last effort on Aug. 16, 2014. In the final hours of the search, volunteers sent a bucket with a camera down one last mine and discovered what looked like a body.

After a harrowing recovery effort by authorities, investigators were able to recover Erin’s body, finally providing investigators with enough evidence to link Chris to the scene and the murder.

“There was so much connecting him out there at that mine shaft — even the very location of that particular mine tied him to the crime — that for him not to have done it he would probably have been the unluckiest man ever,” prosecutor Sean Daughterty later told “Dateline: Secrets Uncovered.”

The 19-year-old had died from blunt force trauma and strangulation with a garrote.

For more on this episode and others like it, watch “Dateline: Secrets Uncovered,”airing Wednesdays at 8/7c on Oxygen or stream episodes here.

Search On For Missing Mom Who Vanished During Road Trip