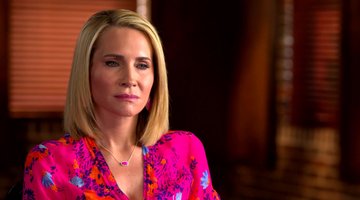 1:47
Preview
What Happened to Emma Walker? 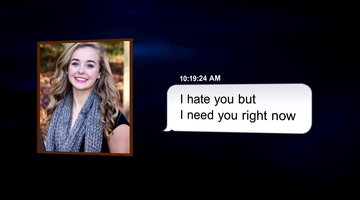 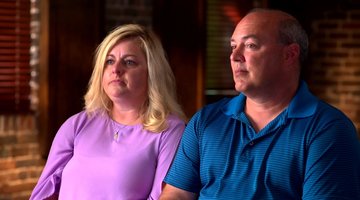 16-year-old Emma Walker, a popular, bubbly Central High School cheerleader, went to sleep in her bedroom at her family’s Tennessee home just like she had so many nights before — but this time, the teenager would never wake up.

When she didn't rouse the next morning, Emma’s mother, Jill Walker, went to check on her and discovered she was dead.

Her sudden death initially seemed to be a mystery, but investigators ultimately discovered a bullet hole in the bedroom wall, suggesting that as the 16-year-old was sleeping, someone crept up outside the home and fired two bullets into the side of the house before sneaking away virtually unnoticed.

“It sounded like someone was in the house and opened a door and slammed it,” he told “Dateline: Secrets Uncovered." “I opened up her door to her bedroom and I stared at her for probably 15, 20 seconds and she was just lying asleep in her bed and I shut the door and went to my son’s bedroom and he was in the bed asleep so I thought, ‘I’m hearing things.’”

Friends who knew Emma — who spent her days volunteering at an animal shelter and dreaming of one day becoming a neonatal nurse — described her as “down to earth,” “sweet,” and the cheerleader on her high school squad who “put the sparkle into what she would do.”

“She had a smile that could light up the room, a big, beautiful smile,” Jill said.

Emma was bright and fun and soon attracted the attention of stand-out wide receiver Riley Gaul.

Although Gaul, who was two years older, already had a girlfriend of his own, he promised Emma that he would break up with her. She found out later that had never been the case, and Gaul came up with an unorthodox plan for both girls when it came time for prom.

“He had like promised his ex-girlfriend he would still take her to prom that year and take Emma his senior year,” Emma’s friend Kelsey recalled to “Dateline” reporter Andrea Canning.

“She wasn’t OK with it, but she did let it happen,” friend Lauren added.

The arrangement didn’t sit well with Emma’s parents, but Emma could be stubborn. Emma and Gaul dated on and off for two years. When Gaul started college, Emma discovered he had been photographed with other girls and ended the relationship for good just before Thanksgiving.

The Friday before Thanksgiving as Emma was at a party with friends, she got a disturbing text message telling her that Gaul had been kidnapped. She also received a call from Gaul, who was screaming and begging her for help, according to the show.

She ran out of the house and found Gaul standing outside.

“He had his hands on his head. He just looked confused. I could see her like yelling at him, like ‘What’s going on?’ and she was really angry,” her friend Kegan later told Canning.

Although Gaul would later insist to investigators that he had been kidnapped by two men who threw him into a van, Emma believed Gaul had been faking the kidnapping.

The next morning as she was driving home from a sleepover, Emma was spooked by a man she saw near her home dressed in all black.

“As she’s pulling in the subdivision approaching her residence, she sees a person dressed all in black and as she gets closer, you know, he cinches the hood up and puts some sunglasses on,” Knox County Sheriff’s Office Detective Allen Merritt told “Dateline: Secrets Uncovered.” “As she gets in the residence, then this person comes to the front door and starts, you know, trying to get in the front door of the house, turning the door knob, beating on the door. She’s in fear, she’s in a panic and so she reaches out to the one person that she thinks can help her which was Riley Gaul.”

He quickly came to her aid and searched the house and neighborhood but found no signs of the hooded figure.

Just hours before Emma was shot the next day, Gaul told investigators he had spoken to Emma on the phone.

“I just told her, um, how much I loved her, and, uh, that I was sorry she didn’t want what we had anymore,” he said in an interrogation tape. “She said she didn’t care about the relationship anymore.”

He told investigators he spent the rest of the night in the parking lot of his college dorm, 25 miles away, crying over the breakup.

“I sat in the parking lot, just looking at pictures of us,” he claimed.

The next morning Emma was dead. Investigators found two bullets had been fired into the walls of her bedroom, with one fatal bullet striking her in the left side of her head just behind the ear. They also uncovered spent shell casings and a live round in the grass outside her home.

When news of her tragic death spread, Gaul was quick to memorialize his ex-girlfriend on Facebook.

“That’s my beautiful Emma. Rest easy now sweetheart,” he wrote in one message.

But friends and family recalled Gaul’s possessive and controlling habits with Emma and suspected the grieving ex-boyfriend may have played a bigger role in her death than he was letting on.

“He just wanted her to think that he was all she had,” Jill said of the toxic relationship.

Investigators had their suspicions, too — especially after a witness in the neighborhood told detectives she believed Gaul had been the man in black trying to terrorize Emma the day before her death — but they didn’t have enough to pin the murder on him until two unlikely heroes stepped forward with a new lead in the case.

Gaul’s close friends, Alex and Noah, reached out the sheriff’s office after Gaul had confided in them that he needed to dispose of his grandfather’s gun and needed their help to toss the gun into the Tennessee River.

Although he denied killing Emma, Gaul said he believed if law enforcement officers discovered the gun, they may link him to a crime he didn’t commit.

In a daring and brazen plan, Noah and Alex agreed to wear wires and go with Gaul to dispose of the weapon, allowing investigators to swoop in at just the right moment to recover the weapon.

Just hours after calling law enforcement authorities, the 18-year-olds were ready to carry out the plan.

“This is insane,” Noah can be heard saying in the recording as they head to meet Gaul.

The plan went off without a hitch and investigators took Gaul into custody that night.

In court, Gaul tried to claim that had never intended to kill Emma when he fired those fatal shots and thought the gunfire would only scare her, but a jury didn’t buy his account and he was convicted of first-degree murder. He was sentenced to life in prison.

“We’re extremely proud of all the investigators and all the work but we’re almost more proud of Noah and Alex in this,” Knox County Sheriff’s Office Major Mike MacLean said, calling the teens the heroes of the investigation.

For more on this case and others like it, watch "Dateline: Secrets Uncovered," airing Thursdays at 8/7c on Oxygen, or stream episodes here.