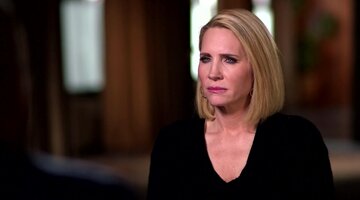 1:58
Preview
A New Character Enters in the Story of Ira Bernstein and Kelly Gribeluk 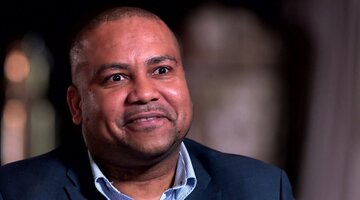 2:08
Preview
How Will This Car Salesman Help Police in the Investigation of Ira Bernstein? 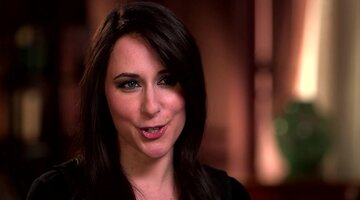 When Kelly Gribeluk approached a New York car salesman in his office at a luxury car dealership, she wasn’t planning to purchase a vehicle.

Instead, the successful Rockland County podiatrist’s mistress was hoping to purchase a murder.

She asked salesman Marckensy Louissaint —who had once sold her a car—to help her hire a hitman to kill her boyfriend Ira Bernstein’s wife, Susan.

But rather than help Gribeluk, a former mortician and aspiring model, the father of four went to police and agreed to go undercover in a daring plot to take down Gribeluk and her doctor boyfriend.

It initially seemed that Ira and his wife Susan had the ideal life. After meeting at a fraternity party at University of Pennsylvania in the mid-1990s the couple got married and had three children. While Susan pursued higher-level degrees in education, Ira headed to medical school.

“She was just so caring and compassionate,” Ira told “Dateline: Secrets Uncovered.” “She was supportive of me. She was there when I had to study for long hours.”

Ira soon opened a thriving group of foot surgery centers. Together, the family lived in a sprawling 13,000 square foot home, complete with a pool, pool house, tennis court and nearby lake.

But Ira alleged that while he was working tirelessly to provide for his family, Susan — a stay-at-home mom with a live-in nanny — was reaping the benefits by racking up large bills.

“I overextended myself and then her spending just started amplifying and amplifying to the point where you know $40,000 a month on her credit cards was standard operating procedure,” he said.

The romance splintered even further when Susan discovered that Ira had been having an affair with Gribeluk, one of his former patients.

He said the couple decided to have an open marriage in a last-ditch attempt to stay together, but just three months later Susan filed a restraining order against him claiming that he had been physically and verbally abusive to her and their children.

Susan dropped the restraining order a few months later and the couple once again tried to reconcile, but the marriage seemed irretrievably broken and Ira soon returned to his mistress.

The tension between Susan and Ira soon bubbled over.

“You’re off with your girlfriend in the Bahamas,” Susan screamed in one recording obtained by “Dateline: Secrets Uncovered.” “We can’t get in touch with you. I have to call your dad, your office manager.”

In another, she threatens that he’s going to go to “(expletive) jail).”

Gribeluk told "Dateline" correspondent Andrea Canning that the stress was tearing Ira apart. He was having panic attacks and wasn’t sleeping. That’s when the couple came up with an unconventional plan: They would have Susan killed.

Gribeluk approached car salesman Marckensy Louissaint, a man who had been sympathetic when Gribeluk had been going through her own divorce.

Louissaint told “Dateline: Secrets Uncovered” he had told Gribeluk in the past to let him know “if she needed any help,” and that he knew “a few people that could help you out.”

Louissaint had meant police intervention — because he had a close friend on the police force — but Gribeluk believed the comment held a more sinister meaning and later returned to ask Louissant to help her find a hitman.

“She sounded like she was so desperate to get this done, I think any little affirmation she would force herself to believe in,” he said of why he believed she chose him.

Louissaint decided to play along, telling Gribeluk while it wasn’t something he did himself, he might be able to help connect her to someone who could carry out the hit.

When she left his office, he quickly reached out to police. Before long he was working as an amateur undercover detective. Police equipped his vehicle with a video camera and microphone and Louissant began to meet with Gribeluk — and eventually Ira — in a series of meetings to plan out the attack.

During another meeting, she went into even more detail.

“What about like a — either a hit and run, like, when she’s getting out of the car, or, like, plain an accident. Somebody backed into her, and the guy stays and says, ‘I didn’t see her.’ You know, it’s plain an accident, so there’s no investigation,” she said.

The price was negotiated to $100,000, but before the couple would commit to going through with the hit, they asked Louissaint to carry out another, smaller job. They wanted him to arrange a beat-down of two insurance investigators who were looking into Ira’s business practices.

“We believe that they don’t think that someone working with the police would actually have two innocent people just doing their job, beat up,” Rockland County Executive Assistant District Attorney Richard Moran told “Dateline: Secrets Uncovered.”

Gribeluk said Ira would “feel more comfortable” about committing to the hit on his wife, once the attack on the investigators was carried out.

The request presented an interesting challenge, but quick-thinking detectives soon recruited the help of the insurance investigators and through some staged photos and some sophisticated make-up, they created a series of images that appeared to document the attack.

Louissaint showed the pictures to Gribeluk and then the pair stopped by Ira’s office to show him the images in the parking lot.

In one heart-stopping moment, footage of which was obtained by "Dateline: Secrets Uncovered," as Ira is telling Louissaint he just needs a week to decide once and for all whether to go through with the hit, he spots the camera in the back seat of the car and asks what it is.

“What’s this little thing between the seats there?” he asked.

In an effort to cover the police equipment, Louissaint calmly pointed to two other screens embedded into the back of front seats and told him the device is a receiver for kids to plug into to play video games.

It appeared that the ruse was working until a meeting five days later when Gribeluk refused to get into Louissaint’s vehicle and said they had a “few concerns” because there were “red flags.”

She said Ira was concerned that none of the local hospitals had records of either insurance investigator being admitted. Despite her concerns, Gribeluk did give an answer about the proposed hit. Investigators said she held up her phone with the typed word “yes,” but never verbally answered. Authorities also said a date for the hit was set.

Investigators believed they had enough evidence to arrest the pair, but while out on bail both Ira and Gribeluk told “Dateline: Secrets Uncovered” that while they had initially entertained the idea of a hit, they had changed their mind in the end.

“There was no way in hell I was ever going to go through with this and hurt Susan,” Ira insisted.

He admitted to stealing from an insurance company and over-billing for medical expenses. He said his wife knew about the illegal activity and was using the information against him, pushing him to a place of desperation.

“She was trying to blackmail me in every way,” he said.

Gribeluk insisted in the end that she had called the plan off.

While she initially agreed to help prosecutors put her boyfriend away in exchange for a plea deal, she later moved in with the man she called her “true love” and prosecutors felt she was too much of a wild card to use in court.

In the end, Ira pleaded guilty to second-degree conspiracy to commit murder and two misdemeanor counts of fifth-degree conspiracy and was sentenced to five to 15 years in prison, according to The Journal News.

The case was also featured on an episode of Oxygen's "Murder For Hire."