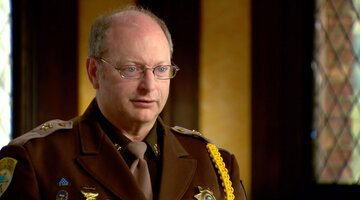 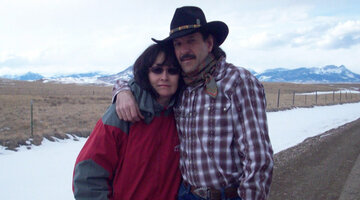 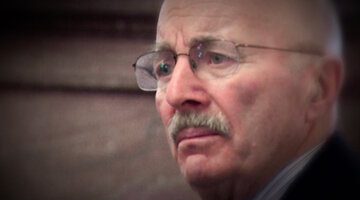 The vast Montana wilderness was paradise for the residents of The Bob Marshall Wilderness Area — but just how far would one man go to protect his piece of it?

A heated dispute over the land left 53-year-old Timothy Newman dead. His neighbor Joe Campbell insisted he had shot Newman to death when Newman was trying to trespass onto his property and pulled a gun.

But was Newman’s October 2013 death self-defense or murder?

For years, the residents of The Bob Marshall Wilderness Area had lived peacefully together. Located just south of the Glacier National Park, those looking for quiet solitude purchased small plots of land down the hill from the public land to build small cabins and take advantage of the nearby fishing and hiking trails.

“It was a place to get away from your daily grind and go up on the weekends and let your hair down and have fun,” neighbor Dan Della Rosa told “Dateline: Secrets Uncovered,” airing Wednesdays at 8/7c on Oxygen.

Newman — who his daughter described as a “real mountain man” — had been one of the people who found happiness amongst the wilderness. He and his wife, Jackie, were fixing up a cabin.

“I felt so blessed,” Jackie recalled of the couple’s life together. “We were blessed.”

RELATED: Who Poisoned An Ohio Father With Antifreeze? The Answer Was Close To Home

But trouble began when one of Newman’s fellow neighbors, Joe Campbell, bought up hundreds of acres in the area surrounding the small cabins and refused to let anyone else use the long-standing trails to get to the nearby national park.

The move infuriated the neighbors who — according to deputies often called to the area — saw Campbell as a “bully.”

In one video captured in 2008 by hunters walking through the land, Campbell can be seen confronting the men with a high-powered shotgun known as a “street sweeper” in his hand.

“You’re on private property without permission,” Campbell told the men.

Dan Della Rosa and his wife, Sue, wrote a letter to the county attorney asking him to do something about Campbell, but they were told it was a civil matter. The Della Rosas and other families sued Campbell, and as part of a deal worked out by the attorneys, some of the families in the area were given permission to cross Campbell’s land to get to the public land.

Campbell even put signs up that listed the specific families with permission to use the trails — but Newman hadn’t been part of the lawsuit. He didn’t believe Campbell had a right to keep him from the trails and went about using them anyway, often documenting his trips with a video camera.

“This is the gate to annoy us, is the way I think, because it’s annoying,” he said in one video.

The tension between the two men escalated even further after Newman started bringing bolt cutters with him and cutting off the padlocks Campbell placed on the gates to try to keep him and other trespassers off his property.

It all led to that fatal confrontation in October 2013.

Campbell told deputies the day of the shooting that he and his wife, Tani, had been walking on a trail to their property when Newman began to chase them in his ATV. Tani left to call the sheriff, and Campbell said Newman got out of the ATV, grabbed his bolt cutters, and approached the lock on one of the gates before noticing that Campbell was carrying a gun.

“He said, ‘Oh, you’re armed.’ And he started putting the bolt cutter down, and then he started putting both hands on his gun, and coming up. And that’s when I drew my gun…” Campbell told deputies while sitting in the back of a squad car. “I shot and he spun around. I thought I’d hit him, but I wasn’t sure. And he spun around, and he still had the gun in his hands, and he was going down. I shot him again in the back.”

Campbell insisted he had feared for his life and believed Newman was going to kill him. State law in Montana allows residents to use lethal force if they feel threatened, and initially, Campbell was allowed to go home.

“We didn’t arrest him because he asserted it was self-defense,” Lewis and Clark County Sheriff Leo Dutton told "Dateline" correspondent Keith Morrison.

But prosecutors began to question the story after some of the details Campbell provided didn’t add up. Although he told deputies that Newman grabbed his gun first, the weapon was found on the ground not far from his right hand, even though Newman had been left-handed.

An autopsy also suggested that the first shot was fired into Newman’s back — not his chest as Campbell claimed.

“From that autopsy we learned that there were two shots to Tim Newman. One shot was to the back, severed his spine and it would have paralyzed him instantly from mid-chest down,” then-Deputy Attorney General Mary Cochenour said. “The other shot hit his hand first and then skimmed his chest and whizzed past his head.”

A forensic crime scene analyst would also conclude that Newman had been shot in the back first after unsuccessfully trying to recreate Campbell’s account of what happened.

Prosecutors concluded that Newman’s death had been a murder and arrested Campbell in February 2016.

It was the same conclusion drawn by many of the neighbors.

“We always knew with the guns being pulled that something was going to happen. We just didn’t know who was going to be on the receiving end of it,” Sue Della Rosa said.

A parade of neighbors took the stand to testify about Campbell’s aggressive protection of his land. Contractor LaMonte Moultray also took the stand to recount how Campbell threatened that Newman would “leave the mountain in a body bag” just two days before the shooting.

But on the stand, Campbell and his wife continued to insist that they had been threatened by Newman.

“I was trying to stay alive,” a tearful Campbell said on the stand. “I was thinking about Tani, thinking about my kids, grandkids. It was him or me and I shot him. I did.”

There were two very different accounts of what happened that day and the jury was unable to unravel it. After hearing three weeks of testimony, they returned to court hopelessly deadlocked and a mistrial was called.

Prosecutors planned to try the case again, but before they could, Campbell agreed to enter a “no contest” plea to negligent homicide, which didn’t require him to admit guilt.

He received a 20-year sentence, but it was suspended by the court. While Campbell managed to avoid jail time, as part of the conditions he was prevented for the duration of the sentence from returning to the property he had once loved.