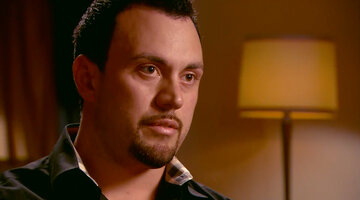 1:22
Preview
Lindsay Buziak’s Ex-Boyfriend Tells His Side of the Story 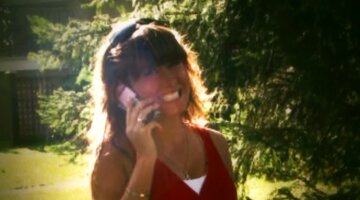 1:50
Preview
What Happened to Lindsay Buziak? 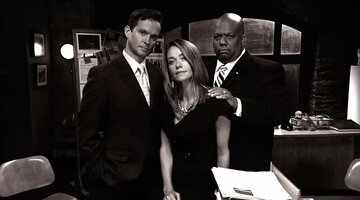 Burgeoning real estate agent Lindsay Buziak appeared to be on the verge of a lucrative sale when the Canadian woman agreed to meet a mysterious couple the evening of Feb. 2, 2008 to show them a home worth nearly $1 million in an upscale Victoria suburb known as Saanich.

The couple — who Lindsay had referred to in her Blackberry simply as “The Mexicans” — had phoned Lindsay just days earlier saying they were hoping to purchase a home near that city in move-in ready condition, according to “Dateline: Secrets Uncovered,” airing Wednesdays at 8/7c on Oxygen.

Notes scrawled in her day planner reveal the couple had wanted a home with at least three beds and three baths and a separate area for a housekeeper. There was something else too: They were hoping to purchase the property within just two days.

But there would be no $1 million sale. Instead, the bubbly 24-year-old was found stabbed dozens of times in the upstairs bedroom of a vacant $964,000 home, where she had agreed to meet the couple to begin their home search.

In the nearly 15 years that have followed, the brutal crime remains unsolved, despite the unrelenting efforts of Lindsay's grief-stricken father, Jeff Buziak.

“I’m not going to let her down,” Jeff told "Dateline" correspondent Josh Mankiewicz. “The only way I’m going to stop right now finding out who killed her, is die myself and I’ll be dying trying, I’ll guarantee you that.”

Just this year, Jeff Buziak hired a private research and investigation firm to try to piece together the shocking murder, according to the Terrance Standard.

Jeff described Lindsay to “Dateline: Secrets Uncovered” as a “spectacular young woman” who could “make friends with everybody.”

Many of the few clues about the final day of her life have come from Lindsay’s live-in boyfriend at the time, Jason Zailo.

Zailo, a mortgage broker with a real estate license of his own, told police that on Saturday Feb. 2, 2008 he and Lindsay had gone to lunch at a local restaurant before they each went their own way.

While she went to the Saanich home to meet the interested buyers, he went to drop off some paperwork at a local auto detailing shop before meeting her at the house.

Zailo is captured in surveillance footage getting into his SUV with a friend around 5:30 p.m. to make his way to the property. At that same time, witnesses reported seeing Lindsay outside the home seemingly meeting with the couple who had reached out to her.

“The witnesses were quite firm in that it appeared to be a meeting, a shaking of the hands, so we’re quite satisfied that the people who showed up were not known to Lindsay” Saanich Police Detective-Sgt. Chris Horsley said.

At 5:38 p.m., Zailo texted his girlfriend to tell her he was “just a couple of minutes away," but she would never open the message. Three minutes later Horsley said her Blackberry made an outgoing call. Authorities believe it was a “pocket dial” made as Lindsay was being killed since her Blackberry was later discovered in her pocket.

Zailo drove up to the property around 5:45 p.m. but chose to wait in the car after seeing what looked like a “few people in the front entranceway” of the home. Believing his girlfriend may have been talking with her new clients, he waited nearby but became concerned when she never answered his text messages.

“When I texted her, ‘Are you OK?’ and I didn’t get a text back, that’s what really worried me,” he said.

His concerns only grew when he walked up to the front door and realized it was locked. Zailo called 911 at 6:05 p.m. to report he couldn’t get ahold of his girlfriend and then hoisted his friend over the fence in the backyard of the home. The friend gained entry through another door and let Zailo upstairs.

He discovered Lindsay’s bloody body upstairs in the home.

“She was just lying on her back, you know, not moving,” Jason recalled. “Nothing. So, I went straight to her. Try to give her CPR. I felt her skin. It was — she was already passed away.”

Then-inspector Rob McColl, who led the investigation, said the murder had “shocked” the quiet community, which typically averages just one homicide each year.

RELATED: Was The Right Man Convicted In The 1994 Disappearance Of A Teen Gas Station Clerk?

Investigators believe that the mysterious couple who had arranged to meet with Lindsay at the home may be responsible for her death and could have even been hired killers, but tracking them down hasn’t been easy.

Witnesses in the neighborhood described the female prospective buyer as a Caucasian woman between 35 and 40 years old with short blond hair and a distinctive black and white dress with either red or pink on it. The male has been described as a well-dressed Caucasian man, approximately 6’0” with dark, possibly brown hair.

Lindsay told her father, Jeff, that the couple had spoken English with an accent, but there was something unusual about it, describing it as “kind of Spanish but not really.” That’s likely the reason that Lindsay had taken to referring to the couple as “The Mexicans.”

Police were able to determine that the couple had called Lindsay using a burner phone that had been purchased at a Vancouver convenience store between three to six weeks before the murder. But the phone, which had been registered to a fake name, had only been activated less than 48 hours before the stabbing.

Investigators also found no signs of a robbery or sexual assault, leaving them to believe that the 24-year-old had been targeted by someone.

There were also few forensic clues left behind since the vacant home had been cleaned just before the showing.

With not much to go on, investigators turned to the men in Lindsay’s life.

Jeff told “Dateline: Secrets Uncovered” that Lindsay had been thinking about breaking up with Zailo and had confessed in a tearful visit to his home about six weeks before her death that she had made “a mistake.”

But Zailo insisted they had been happy and maintained that he had nothing to do with his girlfriend’s death.

“I love Lindsay. I think about her every day. I want this case solved as fast as possible,” he said. “I had nothing to do with it.”

Police publicly cleared Zailo about a year after her death after finding nothing that could connect him to the crime.

Investigators also looked into her ex-boyfriend Matt MacDuff, who she had dated from 2001 to 2006. Friends described him  as her “Mr. Big” in a shoutout to Carrie Bradshaw’s fictional on-again, off-again relationship in the series “Sex in the City.”

MacDuff told “Dateline: Secrets Uncovered” that he had nothing to do with the murder and authorities said the pair hadn’t talked in months at the time she died. Police also found was no evidence to tie him to the crime.

With that avenue exhausted, police considered other theories as well, including the idea that Lindsay may have accidentally seen or heard something that put her life in danger. While investigators don’t believe that Lindsay was involved in anything illegal, they said there “was an element of people she associated with that were involved in crime.”

However, to date, the police investigation has not found any concrete evidence to support that theory.

More than a decade later, her killer has never been identified and the case remains unsolved.

Earlier this year, Jeff told the Victoria Buzz that he had exhausted thousands of dollars in “the pursuit of justice" for his daughter including a $500,000 reward he had once pledged for information in the case.

“Solving this case means justice for Lindsay, everyone who loved her, and women who are victims of violence everywhere,” he said.