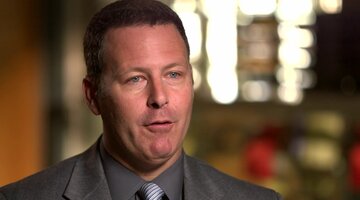 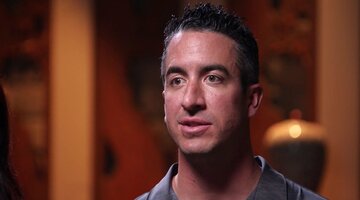 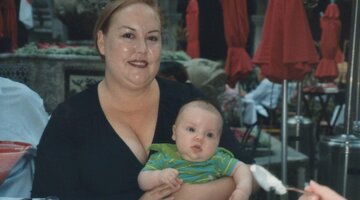 1:34
Preview
What Happened to Jason Harper?

When Jason Harper’s fellow teachers learned that their colleague, a devoted father of three, was found dead in the bedroom of his seaside neighborhood home, they didn’t know what to think.

But their concern only grew when they learned that Jason’s wife, Julie Harper, and the couple’s three children were missing.

Jason, a popular math teacher and volleyball coach at Carlsbad High School in California, had been a regular fixture in the quiet gated community where he lived.

“He was part of the permanent landscape of our neighborhood. He was there every day, I mean, literally every day,” one neighbor recalled. “A very hands-on father.”

Investigators discovered the 39-year-old’s body in August 2012 hidden under a blanket and other debris in the master bedroom of his home, with one bullet lodged deep into his chest.

His killer wouldn’t remain a secret for long.

Less than 24 hours after discovering the body, Jason’s wife, Julie Harper, surrendered to police from her father’s home with the help of her attorney. Julie refused to say anything about what led to the fatal shooting.

Her version of events wouldn’t be revealed until her murder trial got underway in the fall of 2014 and Julie took the stand to claim self-defense, telling the jury she shot the father of her three children during a heated argument after enduring years of physical, sexual, and emotional abuse.

But did the jury believe her claims or side with prosecutors, who saw the allegations as nothing more than another ploy by a manipulative woman trying to avoid justice?

Although Julie initially wasn’t talking, there were a few details Carlsbad Police were able to piece together right away about Jason’s final moments.

The couple’s oldest children, who were 6 and 8 at the time, told investigators that the morning of Aug. 7, 2012 had started like any other summer morning, but they remembered hearing a loud clunk some time between 8 a.m. and 9 a.m. while watching cartoons downstairs.

“We talked to neighbors who had possibly seen things,” Det. Jeff Smith told "Dateline" correspondent Keith Morrison. “One neighbor said that they saw Ms. Harper leaving right around 9:05 a.m. in the morning and exiting their gated community.”

Rather than call 911 after the shooting, investigators learned that Julie took her children to a coffee shop and then to a kid’s play place filled with bouncy houses.

She later reached out to attorney Paul Pfingst, a former district attorney turned defense lawyer, who called police to request a welfare check at the family’s home, but by then Jason was dead.

The couple, who married after a whirlwind romance, had once been so in love, but it appeared those feelings had cooled as time went on.

A year before the shooting, Julie had sent a friend a package with journals, writings, bank statements, and a personal history for safe-keeping. The handwritten personal history depicted a deteriorating marriage, with passages that said “Jason yelled and me” and “maybe divorce is the answer.”

“It appeared that they were not happy with each other and that their marriage was going toward an end or a divorce,” Smith said.

Just five days before her husband was killed, Julie filed for divorce and pulled $20,000 in cash from their accounts.

Investigators also found a blue backpack hidden at her father’s home, filled with her passport, credit cards, a gun, Jason’s last will and testament, and Jason’s cell phone, with its batteries and text history cleared.

“She was preparing for a change in her life,” Deputy District Attorney Keith Watanabe said, calling the banking activity “suspicious.”

In the fall of 2014, Julie went on trial for first-degree murder and Watanbe laid out the prosecution’s case, describing how Julie’s life had been slowly deteriorating over the years.

“Her life had become a disaster both in terms of her marriage, her children, her health, her financial state, and we believe she was seriously abusing her prescription medication,” he said.

He pointed to evidence suggesting that Jason had been shot from a side, rear angle and told the jurors just 40 minutes after the shooting, she had appeared calm and composed at that local coffee shop.

“It showed that this woman had a calloused heart. She was capable of murdering her husband and really had the wherewithal to go out in public and appear to be perfectly normal,” he told “Dateline: Secrets Uncovered.”

Pfingst called just one witness to the stand, Julie herself, who testified that she had killed Paul in an act of self-defense.

To support her story, she showed the jury secret recordings she’d taken of Jason, a towering man of 6’6,” during arguments. In one, he can be seen holding his youngest child in one arm as he screamed to her that he didn’t “want to enable your horrible money waste.”

In another, he tells her to get a carpool.

She testified on the stand that the abuse had also turned physical.

“He grabbed my wrist and my hand so forcefully and twisted it so hard that um, I mean, it was hurting into the next day," she said.

Julie told the jury that Jason, who by now was living in a separate bedroom, had also raped her about 30 times and said she had been so frightened she hid a gun under her pillow.

The day of the shooting, she testified he had been screaming at her because he thought she had hidden his computer.

“He grabbed me and began yanking my top off. I started pushing back and somehow managed to sort of wiggle my way free, pulling away as quickly as a I could,” she said, adding that she ran to the bed and grabbed the gun from under her pillow.

Julie insisted that she had never meant to kill her husband, but that the gun had accidentally gone off.

“He was coming toward me with his arms raised and he said, ‘I’m going to kill you, you [expletive] b---’ and I was shaking and I was holding onto my gun, tightly,” she said. “The next thing I knew I felt — felt my hand jerk and heard a loud noise and he was still like coming forward at me.”

Her portrayal of a violent man was a stark contrast from the picture painted by prosecutors and Jason’s friends and neighbors, who described a quiet, kind, and devoted family man.

The conflicting accounts of the last day of Jason’s life were enough to confuse the jury. They decided she was not guilty of first-degree murder, which required pre-meditation, but were unable to reach an agreement about whether Julie had committed the lesser charge of second-degree murder.

As prosecutors prepared for a second trial, Julie went back to the home she and Jason had shared.

In a surprising twist, she made the decision to get pregnant through in-vitro fertilization, a move that delayed the second trial against her.

But even a surprise pregnancy couldn’t delay justice. After her baby was born, a new jury convicted Julie of second-degree murder. She was sentenced to 40 years to life behind bars.

From behind bars, Julie continued to proclaim her innocence and told Morrison she planned to start an organization for abused women.

For more on this case and others like it, watch "Dateline: Secrets Uncovered" airing Wednesdays at 8/7c on Oxygen or stream episodes here.