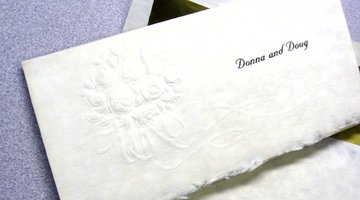 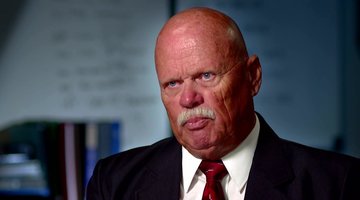 1:13
Preview
How Was Lynne Knight Murdered?

It the end, it may have been the very weapon crafted to take neonatal nurse Lynne Knight’s life that led to her killer.

But it would be nearly three decades after Knight—a vibrant, active and funny 28-year-old—was found lying on her bed in a pool of blood before an arrest would ever be made.

“Out of all the ones I worked, it was the toughest,” Gary Hilton, the Torrance Police lead detective initially assigned to the case told “Dateline: Secrets Uncovered,” airing Thursdays at 8/7c on Oxygen, while holding back tears.

Knight had been stabbed more than a dozen times and had deep cuts on her neck made by a homemade garrote. The weapon, found near the body, had been used to strangle Knight and appeared to be made from wire and two pieces of wood.

The wood looked like it had been sawed off from a broom handle and sanded down to create the deadly weapon.

Along with the homemade weapon discovered at the scene, a witness who lived nearby told investigators that he had heard a horrific squeal before seeing a tall, thin man with curly hair leaving Knight’s apartment carrying a small satchel.

From the beginning, police believed the killing was personal, after noting that the only things taken from Knight’s apartment were her wallet, keys and one particular piece of jewelry. Investigators found a broken clasp and pendant from the necklace, but it looked like the killer had taken the chain that once held the necklace securely together.

Despite those clues, it would take police more than three decades to gather the evidence needed to bring her killer to justice.

A "Outgoing" And "Gregarious" Personality

Knight devoted her career to helping others, working in the neonatal unit to care for small babies.

The 28-year-old had moved to California from her home in Canada shortly after finishing nursing school and quickly assimilated to the sunny lifestyle along the coast.

When she wasn’t at work, she was often outdoors, participating in one type of sport or another, whether it was scuba diving, marathon running or racquetball.

“Lynne was the most incredible tomboy ever,” her sister Donna Wigmore said, adding that she had been “extremely outgoing.”

By the summer of 1979, Knight had joined an area ski club, known for its frequent athletic events like snow skiing, water skiing or volleyball.

It was there she crossed paths with 32-year-old Richard Frank, the publisher of an independent community newspaper, who described Knight as “outgoing,” “gregarious” and “attractive.”

The two dated heavily for months before Frank put the brakes on the romance. But a few months later, as the summer of 1979 was coming to an end, the couple rekindled their feelings for one another just before her death.

Those who knew Knight said she was often most comfortable with men and made friendships with multiple men in the area.

On the night she was killed, she had her ex-boyfriend Joe over for dinner and the two shared a meal and had some wine before he left the apartment around 11:30 p.m. and Knight went to bed. She was killed just hours later.

An autopsy would later determine she died from the stab wounds. The medical examiner found two different semen samples inside her body, but authorities did not have the DNA technology available then to identify who the samples belonged to.

Wigmore, a nurse herself, learned of the tragic news after she finished her own shift at a hospital in Toronto.

“It was such a sad day,” she told “Dateline: Secrets Uncovered.” “It was like my whole world crashed in and that was it. It was completely life-altering. My life has never, ever been the same since.”

Knight was killed just days before she had been planning to return to Ontario to serve as the maid of honor in her sister’s wedding—but in a strange twist, investigators would find the wedding invitation crumbled up in the trash can at her apartment.

“We knew something wasn’t right,” Wigmore said. “And also, if it was crumpled up, who else would have the motive to crumple it up?”

Police began to investigate the men in Knight’s life, starting with that ex-boyfriend who she dined with the night she was killed.

“He was of course somebody we had to investigate immediately,” Paerels said.

They brought him in for questioning and he freely cooperated with investigators, even explaining that some small cuts he had on his fingers had come from dropping a test tube at work. He also provided police with an alibi and said that at the time Knight was killed, he had been at home asleep with his girlfriend.

Both agreed to take a polygraph and passed.

Investigators also talked with the other men in Knight’s life, but they all seemed cooperative and determined to help find her killer.

“They all had good things to say,” Hilton said. “I thought that was unusual to talk to 12 men who dated her or knew her and nobody had a bad word.”

But Frank did remember someone who had been upset with Knight just a few months before she died.

He told investigators about Knight’s former boyfriend Douglas Bradford, who had stopped by her apartment to drop off a light and became enraged, calling Knight a “whore” and throwing the lamp over their heads, before peeling away in his bright orange Datsun 280Z.

Wigman remembered Bradford too and recalled getting a note from her sister saying that he would no longer be coming to the wedding and she had broken things off with him.

Knight later told Frank that she had spoken to Bradford on the phone several times after the incident and calmed him down, but after her death, Frank wondered whether the violent incident with the 27-year-old engineering student could have been a precursor to something darker.

“It’s devastating,” he said. “It’s almost surreal knowing that the incident happened and maybe it related somehow to the crime.”

Investigators spoke with Bradford, who lived with his parents, and described him as “somewhat meek” and “soft-spoken” but there was one thing that stood out about their first conversation.

Hilton told Bradford that Knight was missing—never really revealing that she had been killed—yet Bradford referenced her death while talking with detectives.

He also offered an unusual alibi for the night Knight was killed, saying he had gone sailing in Long Beach in the middle of the night all alone and returned home just before 3 a.m.

Knight claimed to have taken out a 30-foot racing boat but told investigators that he ended up having to paddle the boat back to the dock on his own after the wind died off.

“It was quite a night,” Bradford said in the taped interview obtained by “Dateline.”

“It didn’t make sense to me then and it doesn’t make sense to be now,” Paerels said, adding that a witness had also reported seeing Bradford’s car outside Knight’s home in the days before the murder.

But police weren’t able to get the evidence they needed to make an arrest and for years—and then decades—the case would remain unsolved.

It wasn’t until cold case Det. Jim Wallace took a new look at the case, that investigators would finally get the evidence they needed.

“Of the cases I’ve worked, I am just going to tell you, this is the most horrific, powerful, terrifying crime scene I’ve ever seen,” Wallace told Morrison. “There was something about the horror that Lynne went through that was still evident in the crime scene. The ghost of this scene was still there.”

Wallace took another look at the handmade garrote and began to wonder why the wire connecting the two wooden rods had been doubled. He concluded the killer must have been using items he had available to him and had doubled the wire to make it stronger.

“That’s what gave us the idea that ‘Wow, maybe these available materials are just junk that’s still lying around, let’s just take a look and see,” he said.

Police served Bradford with two separate warrants—one for his current home and another for the home he had lived in with his parents all those years ago.

It was there that investigators learned from Bradford’s mother, Norma, that she had always loved to paint. Her home was adorned with her handmade pieces of artwork, carefully hung on the walls by Bradford and his father with thin wire that was the same type of wire used to make the garrote.

The particular type of wire was so rare, it only accounted for 1% to 6% of picture wire sales, Morrison said.

“It’s that rare, yet that’s what’s being used to build a garrote and that happens to also be what Doug had access to, because of his mom’s painting,” Wallace said.

Investigators also found a stock of dowels and old broom handles stashed in the garage—even one that had been sawed off and looked eerily similar to the wood used in the weapon.

Tests would later reveal this particular broom handle had not been the one used to make the garrote, but investigators had enough new evidence to make their arrest in May of 2009.

Bradford would enlist the powerful legal assistance of famed attorney Robert Shapiro—who once successfully defended O.J. Simpson—to defend him in court, but even Shapiro’s skills wouldn’t be enough to get Bradford off the hook.

He was finally convicted of Knight’s murder in August of 2014.

“It’s been a long journey. For 35 years of it always being there, to finally be able to—to let her go and dance with mom, then that’s real satisfaction,” Wigmore said of the closure.

To learn more about how investigators and prosecutors were able to link Bradford to the crime, tune in to “Dateline: Secrets Uncovered” Thursday at 8/7c on Oxygen.

Calling All True Crime Fans
Oxygen Insider is your all-access pass to never-before-seen content, free digital evidence kits, and much more!
Sign Up for Free
All Posts About
Breaking News
Related
Crime News