Sign Up for Free to View
What Happened to Orlando Mesa? 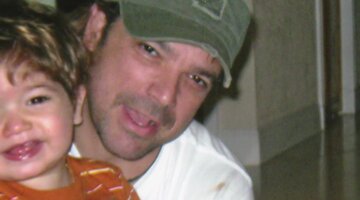 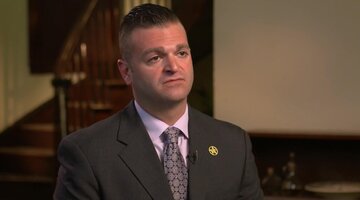 Janepsy “Cindy” Carballo’s life was shattered in an instant when a hail of gunfire erupted outside her North Miami home.

Her husband, Orlando Mesa, and 18-month-old son were shot just moments after the pair were captured on haunting surveillance camera enjoying the spring evening. The toddler peddled a small trike across the couple’s driveway and out of view of the camera as Mesa—a “hands-on dad” according to Carballo—followed closely behind.

Seconds later, a white car flew up and two men hopped out and opened fire on the pair.

“I heard shots, very loud shots and I went outside. That’s when I saw my husband full of blood, crying for help,” a distraught Carballo told “Dateline: Secrets Uncovered” in an episode airing Thursday on Oxygen at 8/7 p.m. “It’s an image that is never going to go away.”

Mesa would die from the gunshot wounds, leaving his young son only wounded, but the ambush would trigger a series of events that would forever alter Carballo’s life.

Carballo and Mesa, a mechanic, met in 2006. The young hairdresser found herself drawn to Mesa’s sense of humor and ambition.

Mesa, who had once been a part of the drug world, purchased a couple of lunch trucks and began to dabble in real estate development.

After falling in love, the couple married and had their son Noah a short time later.

By April of 2008, the couple was happily settled into domestic life together, until Mesa was killed.

Trevor Shinn, of the North Miami Police Department, told “Dateline: Secrets Uncovered” that surveillance footage from Mesa’s home captured images of a white car barreling onto the curb, as two armed men got out and ran around the corner where they opened fire on the father and son. The men jumped back into their car, but fired again a second time before speeding away.

“He was on the ground, they come back by, and now you have a second rally of shots,” Shinn said.

Mesa used his final moments to protect his young son.

“My son was shot in his arm and his leg, but you know, his father protected him,” Carballo said. “When there was shooting at him, he just lifted my son up.”

As her husband lay dying on the streets, she was forced to decide whether to stay with him or ride in the ambulance with her injured son.

“Of course I was torn in two, but my main concern was my baby, so I jumped immediately into the ambulance,” Carballo said.

Police would later deliver the devastating news that her husband had died. The young mother’s anguish was visible just days later when she spoke to the media, at the request of the police, and begged for anyone with information to come forward.

“Hug your family, kiss your children, you don’t know when you’re going to lose them,” she said through sobs. “If you have information that you know, please just come forward.”

As police tried to piece together who killed Mesa, they began to look closely at his friends and business associates.

Carballo also provided police with the name of a possible suspect, Illam Nissim.

“When the police questioned me and they said who are his friends and partners, does he had any incident that’s when I said ‘Well, you know there was an incident with this business venture,’” Carballo said.

According to Carballo, her husband had been upset after Nissim, a business associate working with Mesa on a real estate deal, had lost a large chunk of cash.

“My husband gave Illam Nissim money to purchase lots to get in the business,” she said, adding that the $180,000 her husband had given Nissim was later lost in a robbery.

She believed he may have been behind the execution, but was never able to provide specific details about why Nissim might have wanted Mesa dead.

“I don’t think she could say,” former North Miami Police Det. Felix Guadarrama told “Dateline: Secrets Uncovered.” “She just kept saying that he had to be involved and there was an issue over money. It was just like her gut feeling this guy was involved.”

Police asked her to wear a wire during conversations with Nissim—something she never did—and allegedly warned her that he could be dangerous.

Yet, before any arrests were ever made—and just a month after Mesa died—Carballo shot Nissim to death at her home.

She told police she fired the fatal bullets in self defense after Nissim had come to her home and forced his way inside.

“He started asking me about my husband’s warehouse and if I had my husband’s keys and I said ‘I don’t know where he keeps his keys,’ That’s when he started to become aggressive and said I knew more than I was telling him,” she told “Dateline.”

According to Carballo, Nissim began to look around the house after barging inside.

“He grabbed me, that’s when he attacked me, I was able to get away from him,” she said. “He reached out to grab me again, he scratched my neck, he ripped my shirt, he chased me through the house.”

Then, when she believed he was reaching for the gun, she said she shot him.

“Somebody just tried to—tried to kill me. And I fired. I ran to the street. Hurry up,” she can be heard saying in a 911 call.

In the local media, police described Nissim as a suspect in Mesa’s shooting and told Carballo they believed she had acted in self-defense—but the events of that day in May 2008 would come back to haunt her years later.

By then, Carballo had opened a health care clinic, specializing in pain management, with a business partner and was balancing the new business with her duties as a mom when the clinic caught the attention of the Drug Enforcement Agency.

Authorities believed the business might be operating as a pill mill and sent John Friskey—who had been helping the business with computer work—in as a DEA informant.

To try to gather the evidence he needed, Friskey always wore a wire to his visits to the clinic, but rather than uncover questionable prescribing practices, Friskey uncovered something much more sinister.

Carballo revealed a much darker story about the day Nissim died, telling Friskey that she had lured Nissim to her home to seek revenge for her husband’s death after she believed that investigators weren’t going to be able to make a case against him.

“I was like, I—I have to do something. … I can’t let this go. I won’t let it go,” she said, according to the recording. “An eye for an eye. I want his daughter to grow—to grow up without a father just like my son.”

According to her account in the recording, Carballo told Friskey that after Nissim arrived she asked him to take down some speakers in her bedroom, then went into the living room and got her gun.

Carballo said she began firing multiple times, killing Nissim, who had his phone clutched in his hand.

A stunned Friskey called the DEA agent he was working with from the bathroom of the clinic, who urged him to get safely out of the business and hand the tapes over. Police arrested Carballo just before Christmas in 2010 and charged her with first-degree murder.

“Revenge isn’t tolerated anywhere in the system even if it’s understandable and somebody might have sympathy,” Miami Dade State Attorney Katherine Fernandez Rundle told “Dateline: Secrets Uncovered.” “Sometimes revenge is just an excuse, but it’s a lousy excuse to kill somebody. You cannot do it. You will be held accountable.”

Carballo tried to use the state’s stand your ground law to once again claim she had carried out the act in self-defense, but a judge denied the motion and she was ordered to stand trial on the first-degree murder charge against her.

Prosecutors argued at trial that most of Nissim’s wounds were shots to the back and said the pair’s relationship may have gone deeper than others suspected. In the weeks after Mesa died, Nissim and Carballo were in contact 30 times. They also pointed to the incriminating tape of her talking to the DEA informant.

Carballo’s defense attorneys argued that she had shot Nissim in self defense after believing he was a dangerous man and suspect in her husband’s death, but a jury disagreed. They found her guilty and she was sentenced to life without parole.

Mesa’s shooting remains unsolved. Police told “Dateline” that Nissim had never been their primary suspect in the shooting.

To learn more about the deadly case of revenge, tune into “Dateline: Secrets Uncovered” Thursday on Oxygen at 8/7 p.m.

Calling All True Crime Fans
Oxygen Insider is your all-access pass to never-before-seen content, free digital evidence kits, and much more!
Sign Up for Free
All Posts About
Crime TV
Movies & TV
Related