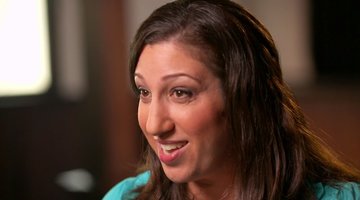 1:06
Preview
Jen Ramsaran’s Disappearance Was Like ‘A Made For TV Movie’ 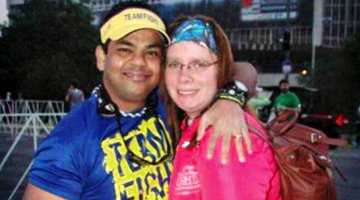 Jennifer Ramsaran and Eileen Sayles had an almost instant friendship.

The two moms met through Girl Scouts and quickly bonded, raising their children together in the small town of New Berlin, New York. Sayles became the kind of friend who would do Jen’s laundry when mother of three got too overwhelmed, or accompany her on a trip to the mall.

“She was so friendly and you felt instantly comfortable with her,” Sayles said in the latest episode of “Dateline: Secrets Uncovered” airing Thursdays on Oxygen at 8/7c. “She was very welcoming. She had that personality.”

But Sayles was also carrying a dark secret—she had begun an affair with Jen’s husband, Ganesh “Remy” Ramsaran after the two began running races together. Then, about a year after the affair began, Jen disappeared.

More than two months later, Jen’s naked body was found along the embankment of an uninhabited stretch of road about 20 miles from her home. Her death was ruled a homicide.

“It was awful, the grief, and I knew at this point, there’s no telling her I am sorry,” Sayles said of what she described as “the worst kind of betrayal.”

But Jen’s death would spark more than just feelings of guilt—it would also draw new questions about who killed her and uncover secrets that Jen herself had been carrying herself in the months before she was killed.

Jen and Remy Ramsaran were once college sweethearts. While he was loud and boisterous, she was his opposite, and was described by those who knew the couple as sweet and quiet.

The couple got married and bought a home next to Chenango Lake where they raised their three young children. While Remy worked as an IBM project manager, Jen stayed home to care for the children.

But as the years went on, Jen and Remy began to seek out their own passions, and ultimately grew apart.

Jen became enamored with the world of online gaming, immersing herself in the role-playing game Kingdoms of Camelot.

Sales and Remy told "Dateline’s” Andrea Canning that Jen spent hours playing the game from her phone, leaving her with less time to do the other things she loved, like cooking.

“It started turning into an addiction and she was on it quite a lot, close to eight hours a day, maybe more, even in the evenings,” Remy said.

Jen confided in her best friend that she had even started talking more intimately with another player, named Rob, from Britain. The pair exchanged messages together and Jen once convinced Sayles to stop by the mall so they could smell the cologne he wore.

“Rob knew where she lived and was thinking about relocating, coming up here,” Sayles said. “I said, ‘What if he does come up here?’ and she kind of giggled.”

While Jen slipped deeper into the fantasy world, Remy was diving into his own passion and began long-distance running, signing up for more than two dozen marathons in his quest for fitness.

It was this passion that led him closer to Sayles, who often ran the races with him, while their spouses and children cheered from the sidelines.

The relationship between the running partners soon turned sexual.

“I asked if I could kiss her, and I did, and we both felt extremely guilty,” Remy said of the start of their relationship.

Sayles admitted she felt guilty about the covert romance too.

“My gut was telling me 'No you can’t do this. It’s wrong. It’s so wrong,'” she said, but the pair continued their rendezvous, even having sex in Remy and Jen’s home.

Remy told Dateline that while he knew he should feel guilty about sleeping with his wife’s best friend, he didn’t because he and Jen “had already grown apart.”

He began talking about divorcing his wife and beginning a new life with Sayles, who had separated from her husband, but Sayles said the secrets became “too much” for her and she broke off the relationship in November 2012 and moved back into her home.

Sayles and Remy slept together one more time the night before Jen vanished.

The mother of three vanished on Dec. 11, 2012 after Remy said she had left the house sometime before 11 a.m. to go to Syracuse to buy a dress for her daughter’s upcoming holiday concert.

When she didn’t return, Remy called 911.

“I told them that my wife’s a few hours late but the reason I’m worried is I haven’t heard from her since about 11 a.m. when she left, which is highly unusual,” he said.

Using the find my phone app on her iPhone, Remy tracked her phone to an area outside town. Police searched the area initially but after they didn’t find anything, Remy returned and told police he had found the phone, undamaged, in an overgrown area near a bridge.

Jen’s father later found her van abandoned in a parking lot about eight miles from her home, but it wouldn’t be until Feb. 26, 2013 that Jen’s body would be found in a remote area.

A Suspect Close To Home

Remy told police he suspected his wife had been having an affair and had possibly gone to rendezvous with someone she'd met through her online activities.

But police couldn't find any sign of an extramarital romance—beyond the online fantasy with Rob who had been half a world away at the time of her disappearance—that would suggest she had met anyone that day and began to look at a suspect much closer to home.

Police soon focused on Remy himself, noting the unusual way he had found Jen’s phone without any noticeable damage, his affair with Sayles and what appeared to be Remy’s attempts to control the public narrative of the case, by frequently talking to the local media.

Remy told police that he had gone out for a run shortly after Jen had left their home on the day she disappeared, but authorities said surveillance footage from businesses along the route did not capture any images of Remy until he reached his final destination at the YMCA.

“His alibi of running this certain route appears to be false, so we have all these things now taking the focus off, this could be anyone, and putting it on Mr. Ramsaran,” Chenango County Sherrif's Sgt. Det. Richard Cobb told “Dateline.”

Investigators also found a spot of blood on the couple’s mattress and blood on the sweatshirt Remy had been wearing the day his wife disappeared.

Remy was arrested and charged with second-degree murder in the case, despite his insistence that he didn’t commit the crime.

“I am scared to my death that they are going to send me to jail or prison, but here’s the thing. I have truth on my side. I did nothing wrong. I did nothing. I would never harm my wife,” Remy insisted to “Dateline” after his arrest.

He pointed to the lack of a murder weapon, any eye witnesses and past violence in their relationship as proof of his innocence.

Sayles initially couldn’t believe that Remy had killed his wife, and found herself drawn to him once again after news of their affair became well known in the community.

“I felt awful,” she said of her betrayal becoming public knowledge. “So, it pushed me towards him.”

“You know I look at my ring finger, every (expletive) day, And I just imagine your name right there,” he said in one call.

Despite his claims of innocence, however, a jury decided the evidence in the case pointed to his guilt, and he was convicted of second-degree murder in Jen's death and sentenced to 25 years to life in prison. During the trial, hearing Remy's own words, even Sayles came to believe he carried out the brutal act.

Sayles said she is still haunted by the affair and regrets the day she ever met Remy.

“I feel like honestly things would be OK if I hadn’t walked into their lives,” she said.

As it is now, Sayles said she’s still wracked with guilt over the betrayal of her closest friend.

What You Need To Know About The Jen Ramsaran Case

How To Watch 'Dateline: Secrets Uncovered' On Oxygen