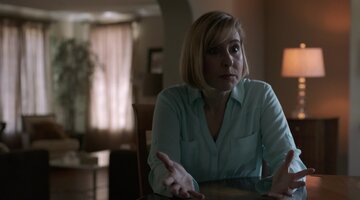 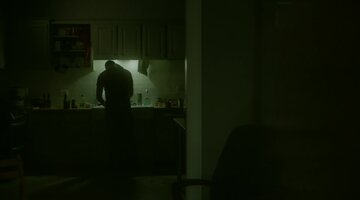 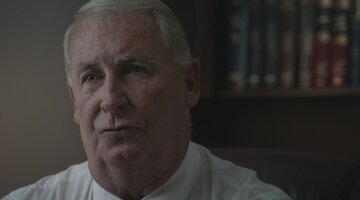 1:13
Preview
Quadruple Murder In Salida California Was 'Truly A Nightmare On Elm Street'

In 1990, in the small farming community of Salida in central California, an informal encampment of trailers inhabited largely by poor or down-on-their-luck transients was turning into something frightening.

Gerald Cruz was a master manipulator, raised by his mother to believe he had special powers, cult expert Rachel Bernstein told “Deadly Cults” on Oxygen. And he ran “the Camp” as a quasi-military compound where he was the absolute authority — and the punishments for transgressions grew more and more brutal over time.

Cruz preached a strange brew of ideas that took from voodoo and white supremacist ideology, according to court documents. Neighbors in Salida knew that people at the Camp kept to themselves. They weren't sure exactly went on there, but they believed the men may have been some kind of militia. People in town were intimidated by them, according to “Deadly Cults.” Law enforcement didn't take much notice of them — until May 21, 1990.

At the corner of Mason Avenue and Elm Street, sheriff's officers came upon four bodies. All had suffered blunt force trauma and multiple stab wounds. One woman, later identified as Darlene Paris, had been nearly decapitated. Franklin Raper, one of Cruz’s followers, was also among the dead. He had been beaten so badly some of his teeth were loosened from his mouth, and his head had been “deformed,” according to court documents.

The home apparently belonged to Raper, who had recently left the Camp. A woman named Donna Alvarez who escaped the attack said it was committed by multiple people in camouflage and masks who came in through the doors and windows. She was only able to describe one suspect — someone authorities were quickly able to identify as a member of the Camp, Jason LaMarsh.

People who knew LaMarsh told investigators that he lived at the Camp, which was found to be eerily empty. They did, however, see pieces of camouflage clothing hanging on a clothesline. Investigators paid a visit to Cruz’s trailer. He denied any knowledge of the quadruple murder, but he gave the names of a few members of his commune.

Investigators got a search warrant for Cruz's home and found a lot of disturbing evidence, including bombmaking materials, masks, a receipt for a knife, and Satanic literature. One key piece they recovered was a so-called “wheel of punishment.”

As the investigation deepened, they found that Cruz was a surrogate parent, as well as master, to his followers. The punishment wheel, for example, would be tossed in the air, and wherever a follower caught it would determine his specific punishment. These included eating off the floor — and escalated to more horrific acts, investigators would find.

Cruz was arrested for possession of explosives, although he claimed to have been out of town with followers Richard Vieira and James Beck, who were also soon taken in. Investigators identified the young Vieira as a possible weak link and got him to talk about what went on at the Camp.

Vieira described a regime of violent abuse at the hands of Cruz and his followers. His “punishments” began as beatings, but eventually he was being sodomized in front of the rest of the group, Vieira told Deckard.

Six days after the murder, authorities tracked down and arrested LaMarsh, who spoke with “Deadly Cults” about how he got caught up in Cruz's twisted world.

“At the time, you know, I was searching,” LaMarsh said. “I didn't really have any firm beliefs or identity.”

LaMarsh told authorities that Raper had become a pariah in the Camp because he allegedly used and sold drugs on the property, and once even stole a pistol from him. Cruz was heard telling other members of the Camp that he would “like to get his hands on Raper,” according to court documents.

And on May 20, 1990, he did. Late at night, Cruz gathered Beck, Vieira, and LaMarsh in a trailer, decked them out in camouflage, and gave them assignments.

“Go and do them all and leave no witnesses,” Cruz told them, according to court documents.

Around midnight, they stormed Raper's home and crowded the inhabitants into the living room. LaMarsh recalled several horrific details of the quadruple murder. He pulled a pistol and told everyone to stop moving, then broke Raper's arm — “I had to do my part,” LaMarsh told producers.

“Then I started hitting him in the head, and I did it until I got him dead,” he said.

Paris was screaming, so Cruz told Vieira to “shut her up,” LaMarsh said. He grabbed the woman by her hair and sawed through her throat with a combat knife until he hit bone, according to investigators.

In addition to Raper and Paris, Richard Ritchey and Dennis Colwell were killed.

“They were really victims of being in the wrong place,” Deckard told producers.

Paris' mother, Janice Keson, who needed to cover all of her daughter's extensive defensive wounds before her funeral, attended every day of the court proceedings.

Cruz, Beck, and Vieira were all convicted and are on death row, while LaMarsh was sentenced to 64 years to life. Vieira is appealing his conviction, alleging that he was brainwashed into participating. Deckard doesn't buy it.

“Ricky says he was not a willing participant and he was under duress,” he told producers. “But what he did to that girl is unforgivable; therefore I do not consider Ricky Vieira a victim.”