Sign Up for Free to View
Deadly Cults: Michael Ryan "Could Make You Believe in Anything," According to Former Cult Members (Season 1, Episode 3) 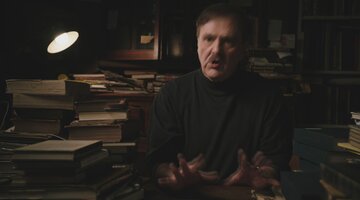 Now Playing
1:50
Preview
Deadly Cults: Michael Ryan "Could Make You Believe in Anything," According to Former Cult Members (Season 1, Episode 3) 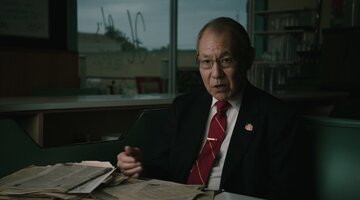 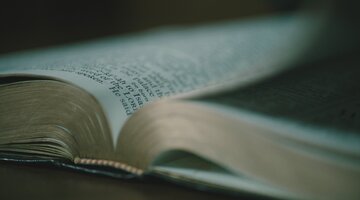 In “Deadly Cults,” airing on Oxygen on Sundays 8/7c, former cult members remember shocking details of the murder of James Thimm, a young boy who got caught up with the religiosity of the cult that purported a direct connection between Yahweh and its self-appointed leader, the violent, large Michael Ryan.

Dennis Ryan, speaking to the makers of “Deadly Cults,” said his father Michael told him that Yahweh was going to test James Thimm, who was 26 at the time of his death.

Luke Stice, 5, died on March 25, 1985, after Michael Ryan repeatedly shoved him and caused his head to strike a cabinet.

“That’s when all the real evil, twisted stuff began,” says Dennis, looking troubled. Michael Ryan started the interrogation by telling Thimm, who was strung up in chains in the shed, that he was captured by “Satan’s people,” said Dennis. “We all took turns kicking him, hitting him with a bullwhip.”

The details of the torture-murder are grisly.

According to court documents, Thimm was accused of poisoning a communal turkey on the night of April 27, 1985. The next day, the men went over and Michael Ryan forced Thimm to disrobe and bend over a crate, after which he was assaulted him with a shovel handle. He told Thimm that he “ought to shove this thing up to your heart,” and a pathologist in court confirmed that the shovel handle had been inserted at least two feet into Thimm’s body.

Thimm was forced to sign over his car deed to another cult member, Timothy Haverkamp, who was allegedly told it was a birthday present.

The sexual assault continued: each man, court documents say, “probed” Thimm, ultimately rupturing his rectal wall. They decided to find a larger object, landing on a pick handle. Deciding this wasn’t enough punishment, Michael Ryan bid each man to give Thimm 15 lashes of a whip. After the whipping, Thimm was untied and allowed to sleep.  The next day — April 29 — each man gave Thimm 15 lashes of the whip on both sides of his body before Michael Ryan and others shot the tips of Thimm’s left hand fingers off.

“Each of us took a turn shooting a tip of his finger with a pistol,” said Dennis Ryan. “He constantly asked Yahweh for forgiveness. He never once turned against him, no matter what was done.”

The men adjourned to have lunch, during which Michael Ryan told them that Yahweh wanted Thimm dead by the afternoon.

Dennis Ryan recounted how his father took a regular razor blade and took a piece of Thimm’s skin off.

“I felt powerless for James,” said David, who says he was emotionally strung out and crying during the event. “Ryan sent me out.”

Dennis Ryan remembered how even though this was a test of faith for Thimm, he never once denounced Yahweh.

Court documents reflect that Michael Ryan ended up stomping on Thimm’s chest until he died, saying “I’ll cave his chest in… That’s sure to kill him.”

“They came out and said, ‘James is dead,’” said David, tearing up at the memory of his friend dying.

"I’m a coward, what can I say?” said Ruth, Michael Ryan’s ex-wife. Knowing what he was capable of, she says she was too scared to do anything after the women of the cult found out what the men had done. “It was just a horrible time.”

Dennis Ryan said how his father told him he wasn’t responsible for his friend’s death: “God did it. Yahweh did that. Yahweh took his anger and directed it through me to punish Jim Thimm.” Dennis Ryan said that had made him proud at the time.

Thimm joined 5-year-old Luke on the property, both victims of the cult with unmarked graves.

Two former cult members testified during the trial that Thimm was chained, whipped, shot in the fingers and forced to have sex with a goat, while the Ryan sat impassively during the opening statement, the Associated Press reported.

Michael Ryan, who was sentenced to death for the murder of Luke Stice and James Thimm, died in a Nebraska prison in 2015, the New York Daily News reported, while Dennis Ryan, who was first sentenced to life in prison for second-degree murder of James Thimm, was released after a new trial convicted him of the lesser charge of manslaughter. Timothy Haverkamp was released in 2009 after serving 23 years for second-degree murder.