When Mormon Church prophet and founder Joseph Smith was driven out of Kirtland, Ohio in 1937, it is said that he cursed the town in his wake. The small rural town east of Cleveland had seen the building of the first Mormon Temple and membership had flourished, but Smith also came under physical attack, and left for good after a warrant was issued for his arrest. In the ensuing years, Kirtland would be besieged by ghosts, murders and the alleged presence of melon-headed mutants. But one of the worst things to ever happen in Kirtland, Ohio, was the 1989 murders of Dennis and Cheryl Avery and their three daughters by cult leader Jeffrey Lundgren and his followers.

Who Was Jeffrey Lundgren?

Lundgren claimed to be a prophet, and asked his followers to financially support him before forcing them to help him murder the Avery family. He was born on March 3, 1950, in Independence, Mississippi, and was raised as a member of the Reorganized Church of Jesus Christ of Latter Day Saints (RLDS). Now known as the Community of Christ, the group is an offshoot of the larger LDS church. In 1984, the RLDS church began allowing women into the priesthood, a practice still forbidden in Mormonism. While this practice, and its inclusive attitude towards the LGBT community, drew liberal dissidents of the Latter Day Saints movement, it estranged more socially conservative members of the church.

People like Jeffrey Lundgren and his followers, who are subjects of "Deadly Cults," airing on Oxygen Sundays at 8/7c.

According to the book "The Kirtland Massacre," Lundgren enrolled at Central Missouri State University, where he met Alice Keeler, a fellow member of the RLDS church. The two were married in 1970, after which Lundgren enrolled in the U.S. Navy, serving during the Vietnam War. He was honorably discharged in 1974, by which time he and Alice had two children. Lundgren struggled to support his family, and often stole from his employers, according to court documents.

In the early 1980s, Lundgren and his family, which now included four children, moved to Kirtland, Ohio, where he became a guide at the Kirtland Temple. Also known as “The House Of The Lord,” it was dedicated in 1936, according to its official website, and fell into the possession of the RLDS church after Joseph Smith's death in 1844, when the group rallied around his son, Joseph Smith III, according to the Church of Christ website. Lundgren eventually became senior temple guide, a non-paying position which provided housing for him and his family. In this capacity, he also taught classes on the Bible and the Book of Mormon.

As temple guide, Lundgren solicited and allegedly kept contributions from visitors, and the temple bookstore noted a shortage of funds, according to court documents. Officials believe he ultimately embezzled between $25,000 to $40,000 from the Temple, according to Cleveland's News-Herald. He was fired and the family evicted from their lodgings in October 1987, but by then Lundgren had started building a church of his own. 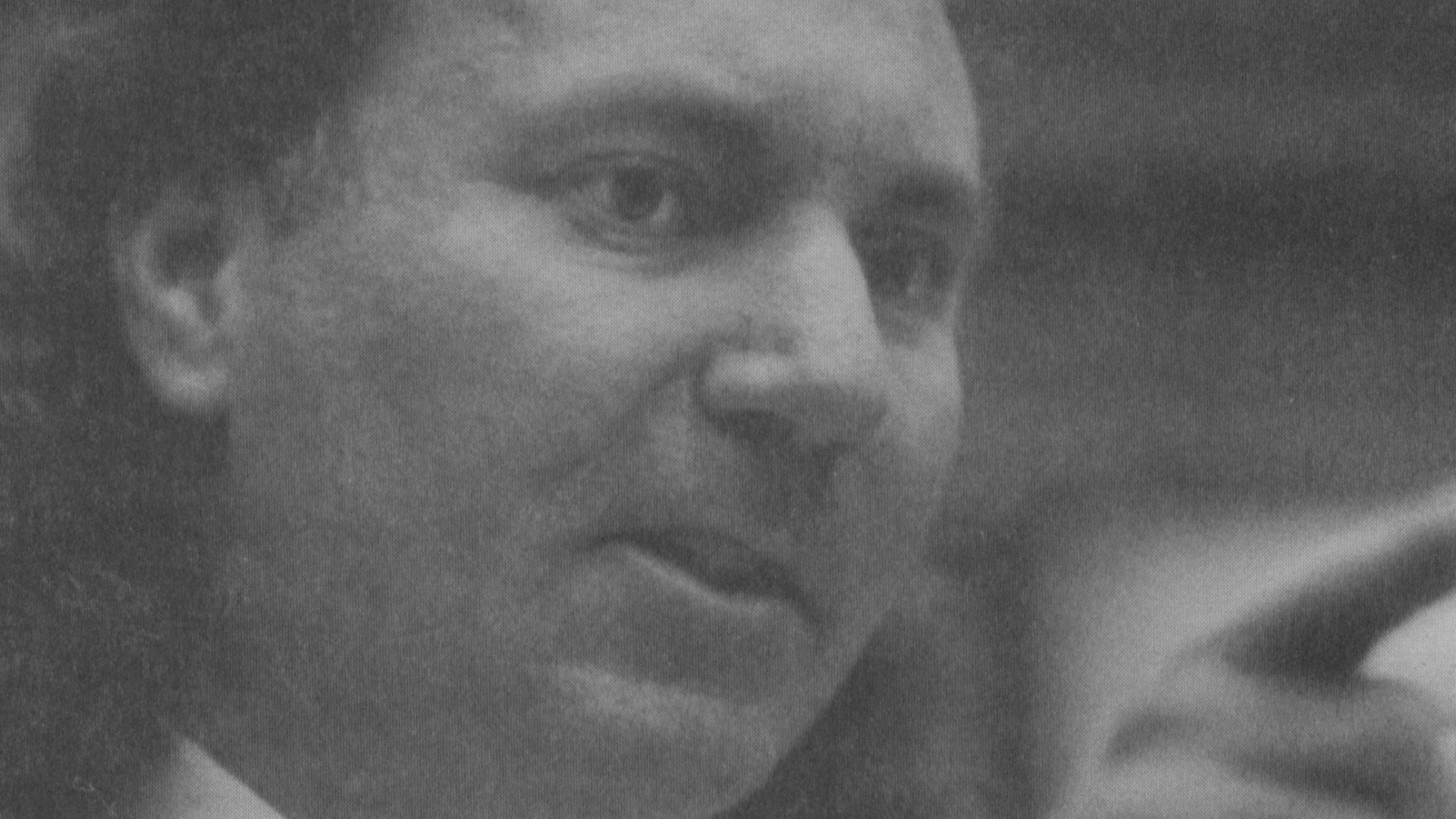 Who Were Lundgren's Followers?

Through his classes, Lundgren began attracting followers, including disaffected members of the RLDS church who were uncomfortable with its increasingly liberal social policies. In 1987, Lundgren and his adherents rented a large farmhouse where they lived communally. According to court documents, members of the group called Lundgren “Dad,” and signed over their paychecks to him in order to pay for the group’s expenses.

Among Lundgren’s group was a small Midwestern family, the Averys: 49-year-old Dennis Avery, his wife Cheryl, 46, and their three daughters; Trina, 15, Rebecca, 13 and 7-year-old Karen. They had moved from Missouri to Kirtland to join the group in 1987. Unlike other members, however, the Averys lived on their own and kept some of the proceeds from selling their home in Missouri, which Lundgren considered sinful, according to the Cleveland Plain Dealer. Despite their devotion to him, Lundgren disliked Dennis, thought Cheryl was too independent for a woman, and that the Avery children were disobedient as a whole.

In 1988, Lundgren was excommunicated from the RLDS church. By then, the sermons he delivered to his flock of about 20 turned increasingly paranoid and apocalyptic. He spoke of “the end of days,” and insisted the men in his group begin firearms training, while he took to wearing military fatigues. According to the Cleveland Plain Dealer, Lundgren said he would bring his followers to Zion, a holy state of being, where they would witness the return of Jesus Christ. In order to set these events in motion, he said they must take over the Kirtland Temple by force on his 38th birthday. But after a disaffected member of the group informed police of his plans, Lundgren called off the attack, according to The News Herald.

What Happened To The Averys?

By early 1989, Lundgren started saying that the only way the group would reach Zion was by selling off their worldly possessions and retreating into the wilderness, according to court documents. Like others in the group, the Averys began making plans to follow Lundgren wherever the journey took them. What they didn’t know is that Lundgren had told his followers the Averys must be killed as a “blood sacrifice" to help them reach the promised land.

On the night of April 17, 1989, the Averys were invited over to the farmhouse where Lundgren and his followers lived. According to court documents, they were then led out one by one to a barn behind the house, bound and gagged, and thrown into a six-by-seven-foot pit dug out of the dirt floor and shot two or three times with a .45 caliber semiautomatic weapon. Aiding Lundgren were his 19-year-old son Damon and group members Ronald Luff, Daniel Kraft, Richard Brand and Greg Winship.

Purely by coincidence, Kirtland police officers and members of the FBI converged on Lundgren’s farm the day after the Avery murders, according to the News-Herald. They were responding to complaints from neighbors about cult activities and improper use of firearms. They searched the barn, unaware they are walking over the graves of the Avery family, and left after speaking to members of the group.

Afterward, Lundgren insisted the group leave the area immediately, first moving to a campsite in West Virginia, and later making their way to Missouri.

How Was The Cult Busted, Then?

In December 1989, disgruntled cult member Larry Keith Johnson went to authorities in Kansas City, Missouri and told them about the Avery murders. According to court documents, Johnson was angry his wife Kathryn had been selected by Lundgren to become his second wife, in the polygamist tradition.

Johnson drew a map of the barn, showing where they were buried, according to the News-Herald. The Associated Pressreported the Averys' bodies were discovered the first week of January 1990, setting off a nationwide manhunt for Lundgren and his remaining followers.

Agents with the Bureau of Alcohol, Tobacco and Firearms and local police caught up with Lundgren on January 7, 1990 at a motel in between San Diego and the Mexican border. According to the Los Angeles Times, Lundgren and his wife Alice had been arranging for her parents to pick up their three youngest children, while they planned to flee the area with son Damon and group members Kathryn Johnson and Daniel Kraft.  Police seized an AR-15 rifle, three handguns, an assortment of hunting knives and camping and survival gear in the group’s possession at the time of their arrest, reported The New York Times.

Besides Lundgren’s wife and son, 10 other members of the cult were indicted on charges related to the murder of the five members of the Avery family, according to the News-Herald. Most would eventually plead guilty and cooperate with the prosecution in exchange for lighter sentences.

In August 1990, Jeffrey Lundgren went on trial, with prosecutor Steve LaTourette telling the News-Herald, “We kept waiting for the insanity defense, but it never came.”

NBC Newsreported that at the trial Lundgren was unrepentant and resolute in his convictions, telling the jury, “It’s not a figment of my imagination that I can in fact talk to God,” and, “I am a prophet of God. I am even more than a prophet.” On August 29, after deliberating for two hours, the jury found Lundgren guilty on five counts each of aggravated murder and kidnapping. A few weeks later, he was sentenced to death.

In addition to Jeffrey Lundgren, his wife Alice and son Damon would also be sentencedto life in prison on aggravated murder and kidnapping charges, as would Ronald Luff and Daniel Kraft, who were in the barn when the Averys were shot dead. Richard Brand and Greg Winship pleaded guilty and were paroledin 2010 after spending nearly 20 years behind bars, as were cult members Sharon Bluntschly, Susan Luff and Deborah Olivarez. Kathryn Johnson was sentenced to a year in prison after pleading guilty to obstruction of justice, and was released in 1991 after serving seven months.

After exhausting all legal appeals, Jeffrey Lundgren was executed by lethal injection on October 24, 2006. Fox Newsreported at the time that in his final statement he said, “I profess my love for God, my family, for my children, for [second wife] Kathy. I am because you are."