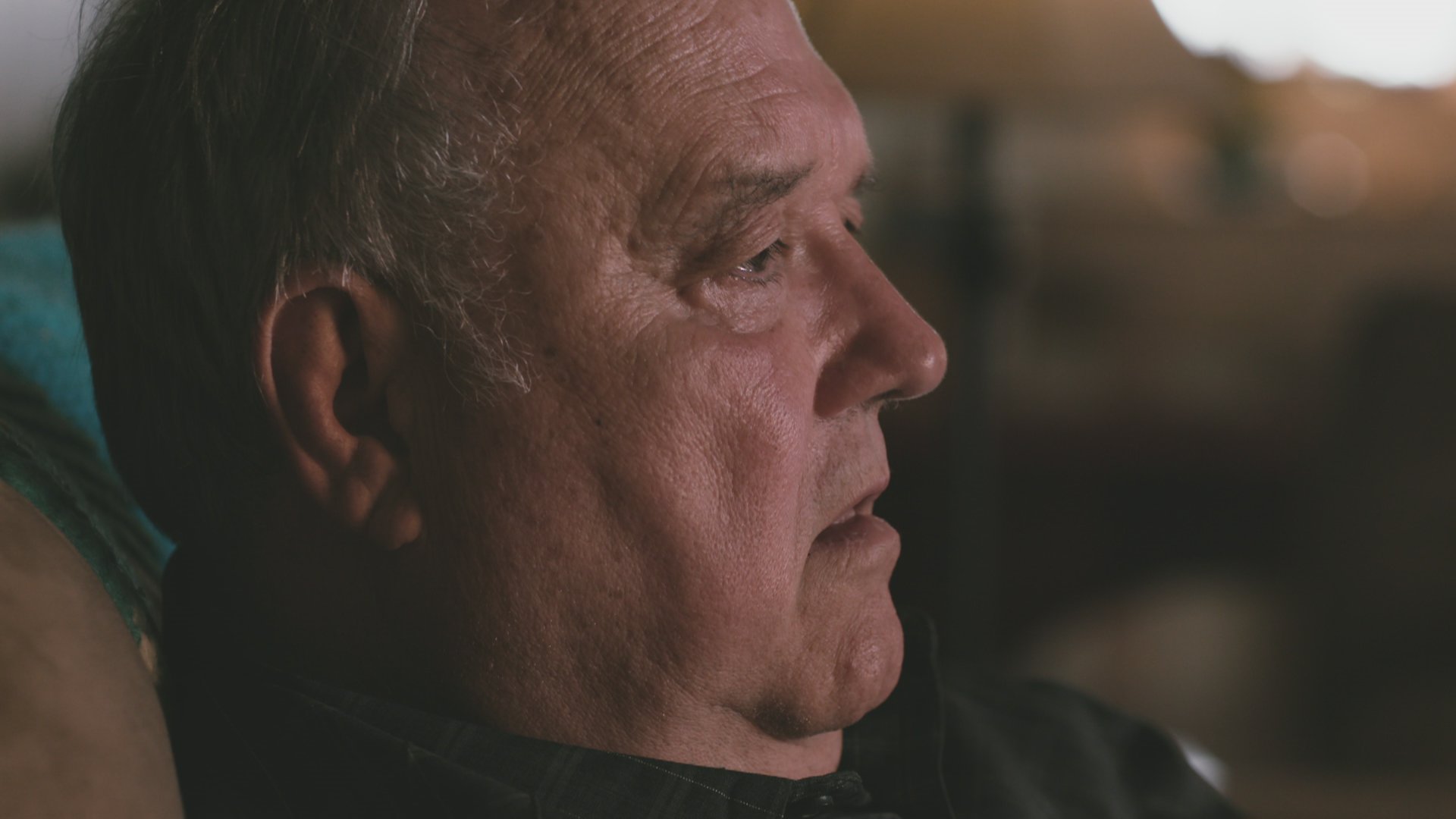 Jeffrey Lundgren, the man who started the infamous Kirtland Cult, was a personality feared more than loved, say ex-members in “Deadly Cults” on Oxygen.

Lundgren, who broke off from the Reorganized Church of Jesus Christ of Latter Day Saints in 1988 after accusations of embezzlement, brought his following to a farm outside of the small town where he preached and eventually executed the entire Avery family: Dennis, Cheryl, and their daughters Trina, Becky and Karen.

Boasting a vast knowledge of the Bible, Lundgren told his followers that they couldn’t talk to God unless they talked “chiastically,” says former cult member Keith Johnson to “Deadly Cults,” airing Sundays at 8/7c.

Lundgren’s method of interpreting the Bible was called “chiasm” — one unoriginal to him — where you read the first line of the passage and the last line of the same passage together.

Audio footage aired in the latest episode of “Deadly Cults” depicts an informant named Shar telling authorities that they walked into a dining room and saw “seven handguns all laid out on the table.”

The informant also told police about Lundgren’s plan to “purge” — what he called “redeeming the vineyard,” where people had to die “because they had taken the Lord’s temple and defiled it.”

The FBI, now catching wind of the plans to harm people who lived in the church-owned homes adjacent to the Kirtland Temple, split up the cult members and interviewed them, but nobody gave up any information.

Dennis Patrick told “Deadly Cults” that he said he didn’t have any knowledge of Lundgren’s plan to take over the temple. Susan Luff, another former cult member, told the documentarians that they “were told what to say and what not to say” by Lundgren, so she said they all said he was “a very peaceable man,” until they were let go.

After the FBI figured there wasn’t enough cause for arrests or search warrants, Lundgren decided that he wanted to pack up his cult and leave for the wilderness. “Based on the scriptures from Enoch, people were to go into the wilderness and the church was supposed to come out of the wilderness,” explained former cult member Richard Brand.

Lundgren told his following that he had been “reading chiastically, and the scriptures had called for a sacrifice… a blood sacrifice,” said Keith Johnson.

What had Lundgren been preaching at that time?

Lundgren’s hostility towards his following was obvious. Keith Johnson remembered how Lundgren would keep a loaded gun on the table pointing at his audience. Debbie Kroesen said she knew “if any of the men had ever questioned him, he would shoot you in a heartbeat.” His favorite saying was that “if we left the group we would die, because I will come after you,” said Kroesen.

Lundgren’s followers weren’t allowed to talk to one another, noted Cynthia Sasse, author of “The Kirtland Massacre.” “Talking to each other was murmuring and rebellious and therefore sinful.”

“You had to completely give yourself over to Jeff and basically, become a puppet.”

Lundgren had made a list, Keith Johnson said, of people he wanted to “sacrifice,” and the shroud of secrecy he so expertly utilized against outsiders was also used on his following. “No one knew if their name was on the list or not.”

Lundgren’s dislike of the Averys was palpable; Keith Johnson remembered how Lundgren used to call Dennis a “miserable excuse for a man” and found him too meek.

The murders of the Avery family, as illuminated by police interrogation footage, comprise a grim story.

“We knew very well it could be either one of us, or someone of our family. No one really knew how was going to end up in that hole for sure,” said Ron Luff. The hole in question was one Lundgren had instructed his followers to dig up.

“While we were digging it, I was scared…I thought I might be digging my own grave, you know,” said Keith Johnson, who added that Lundgren had arranged for everyone to meet for dinner that night.

“[Lundgren] said the fog at the farm was blood red, which, you know, what does that mean? Were we being summoned to be part of a sacrifice?”

But the Averys were summoned.

“And Dennis and Cheryl Avery stood there for a few minutes debating on whether he should wear his glasses or not because it was very, very foggy, I mean fog you couldn't see through, it was just unreal,” said Debbie Kroesen.

Dennis Avery was then “more or less wrestled to the ground,” said Richard Brand. “His hands and feet were taped, and then his mouth…he was kicking and struggling.” But Dennis Avery was “not a real strong man, so five of us didn’t have too much of a problem.” Lundgren stood by the hole, wielding a .45 automatic, said Ron Luff. Dennis was delivered to the pit, while another member Greg Winship, ran a chainsaw to cover up the noise. Cheryl Avery was dispatched next, and then it was the kids’ turn.

Ron Luff said he drew the oldest daughter, Trina Avery, 15, out into the barn saying “we’re gonna play a game.” Lundgren shot twice. Then Becky, 13, was brought in. Then Luff carried in Karen, the youngest, who was about seven.

“After the murder of the Averys, I was devastated. We ended up in West Virginia on some gold mining land,” said Keith Johnson, who had told Lundgren he had no interest in “killing anyone…unless they were trying to kill us.” Johnson’s guilt was so much he ended up going to the authorities. The bodies were found in January 1990.

Hours after the bodies were removed on January 5, 1990, Lundgren was indicted by the county grand jury for multi-count aggravated murder, reports the News Herald. Multi-count felony indictments for charges including conspiracy to commit aggravated murder, complicity to aggravated murder and kidnapping were obtained against the remaining Lundgren family members wife Alice and son Damon, and 10 cult members. All suspects were in police custody within the week, notes the News-Herald.

Lundgren, who was found guilty by a jury of five counts each of aggravated murder and kidnapping, received the death penalty and was executed on October 24, 2006 in Lucasville, Ohio. Daniel Kraft, Ronald Luff, Alice Lundgren and Damon Lundgren are still imprisoned, according to the News-Herald.

The News-Herald reported in 2010 that four cult members were being paroled: Gregory Winshop, Susan Luff, Deborah Olivarez and Sharon Bluntschly, and Richard Brand was released.

Johnson, who was never arrested and granted immunity for informing on the cult, said he never thought he’d “end up in a cult.”

“Once I was there, I didn't know how to extract myself and my family.”

Added Debbie Kroesen: “I realized that I thought I turned my life over to God…and God just turned out to be a man that was really mentally ill.”

How The Kirtland Cult Killed A Family Of 5