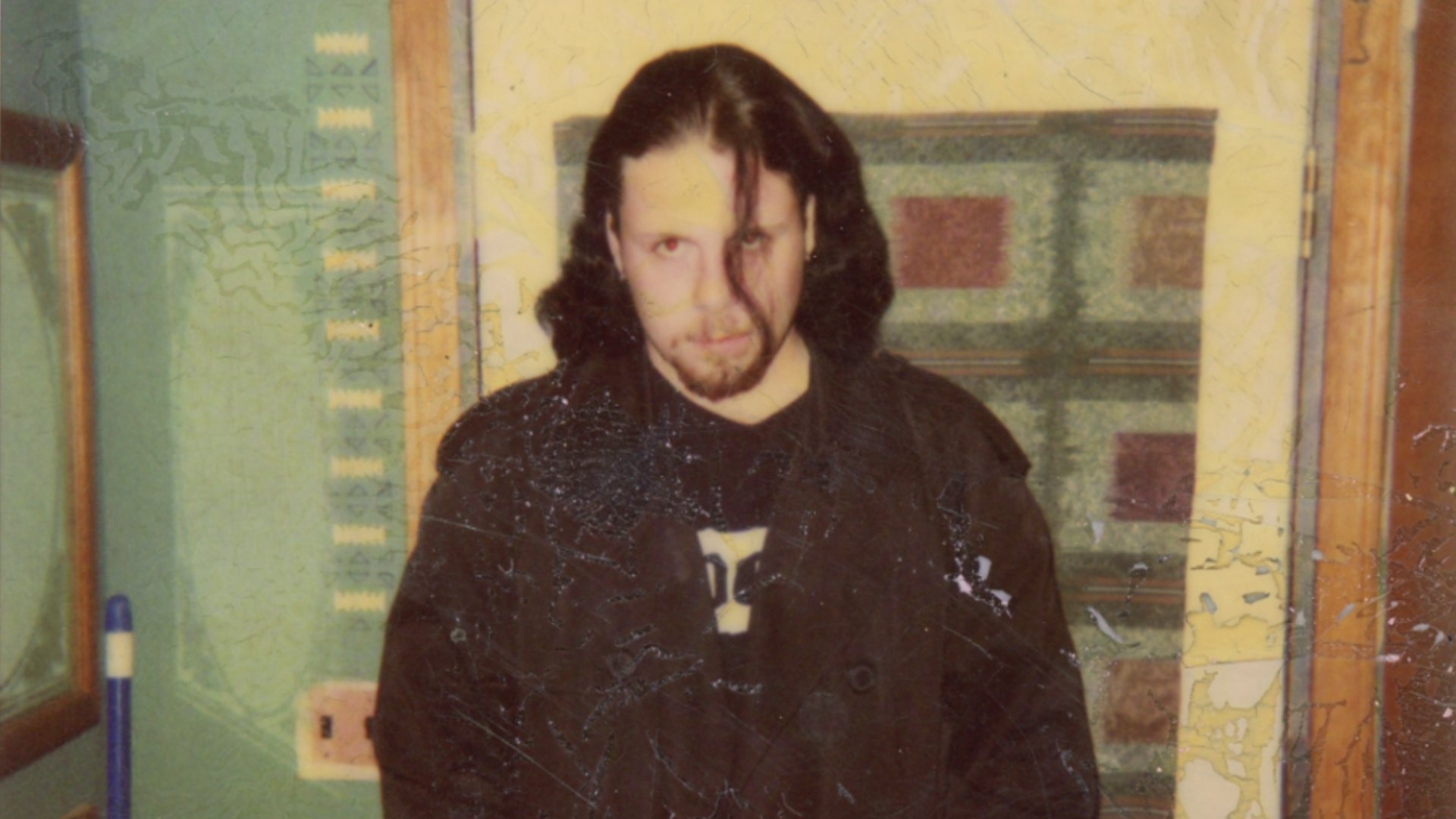 Vampires have captured the popular imagination ever since Bram Stoker published “Dracula” in 1897, especially with its resurgence in late ‘00s entertainment franchises including “True Blood” and “Twilight.”

But the mythos of vampirism, scarily, wasn’t left just to the writers and filmmakers.

For 16-year-old Rod Ferrell and his followers of what would be called the “Vampire Clan,” that blood-fueled fantasy would be realized, brutally. Believing he was a 500-year-old vampire, Ferrell indulged in ritualized cutting and drinking blood alongside more normal teenage pursuits—and in 1996 he brutally murdered Richard Wendorf and Naoma Ruth Queen, the parents of Clan member Heather Wendorf, who was 15 at the time.

When Ferrell was finally brought to justice, he would drag three group members with him into prison and escape the death sentence by the skin of his fanged teeth.

The story of how the Vampire Clan cross-bred two dangerous elements of fringe society — vampirism and cultish behavior — forms the meat of the premiere episode of “Deadly Cults,” premiering on Oxygen this Sunday at 8/7c.

Roderrick Justin Ferrell’s parents were just teenagers themselves when he was born in Murray, Kentucky in March 1980. He barely knew his father, who joined the military soon after his birth, and was raised by his mother, Sondra Gibson. They lived on and off with her parents over the years, and, according to court documents, Ferrell has claimed he was raped by his maternal grandfather at the age of 5, including in federal court records. However, no criminal charges have ever been filed against his grandfather in relation to these allegations. When not living with the Gibsons, the mother and son stayed in public housing and Sondra supported them working as an exotic dancer and occasionally a sex worker, according to Florida’s Sun-Sentinel newspaper.

In an interview with the Orlando Sentinel, Sondra Gibson admitted to dabbling in vampirism. As a teenager, her son followed suit. Already a fan of fantasy role playing games, such as “Dungeons & Dragons” and “Vampire: The Masquerade,” Ferrell fell in with other disaffected teenagers who professed to be living the vampire lifestyle. They drank each other’s blood, wore all black, and listened to gothic and industrial music.

An older boy, Stephen “Jaden” Murphy, told the Orlando Sentinel he “sired” Ferrell and “crossed him over” as a vampire in a ritual which involved the drinking of blood. Sondra Gibson, meanwhile, sent “lurid” letters to Murphy’s 14-year-old brother, according to the Sentinel, saying she would be his “bride for eternity” as part of vampire family.

Gibson and Ferrell moved back and forth between Murray and Eustis, Florida, after Sondra’s parents acquired a home in the area around 1990. While living there, Ferrell became friends with Heather Wendorf, whom the Sentinel described as “a troubled Eustis High sophomore who rebelled against her parents over cleaning her room and other trivial matters.” After moving back to Kentucky for 10th grade, Ferrell would call Heather collect, running up expensive phone bills until her parents put a stop to it, making her “very angry,” according to her sister.

Back in Murray, Ferrell told people he was a 500-year-old vampire named Vesago and began recruiting followers. Among them was bespectacled 16-year-old Howard Scott Anderson, who came from “grinding poverty with an alcoholic father who abused his mother,” according to Florida’s Daily Commercial newspaper. Ferrell’s behavior became increasingly unhinged. In October of 1996, he allegedly broke into the Murray-Calloway County Animal Shelter, gruesomely killing two puppies. According to the book “The Vampire Killers,” Ferrell was later arrested on charges of burglary, trespassing and cruelty to animals.

In November 1996, Ferrell, his 16-year-old girlfriend Charity Keesee, Anderson, and another girl, Dana Cooper, 19, drove to Eustis in Anderson’s car to pick up Heather Wendorf. Ferrell imagined they would move to New Orleans and live together as a vampire family. He also thought he was saving Wendorf from a troubled home. According to court documents, Heather told Ferrell her parents abused her and she had expressed a desire to run away from home.

In a Eustis cemetery on Monday, November 25, 1996, Heather said she “crossed over” to become a vampire after drinking Ferrell's blood, according to the Orlando Sentinel. In an interview with Crime Watch Daily, Ferrell says he then took LSD and went to the Wendorf home to steal their car for the trip to New Orleans. “I don't want you messing with my parents,” Heather told police she instructed Ferrell. “Just leave them alone.”

Ferrell and Anderson entered the Wendorf’s home through their garage, where Ferrell armed himself with a crowbar. According to court documents, upon encountering 49-year-old Richard Wendorf asleep on a couch, Ferrell struck him repeatedly on the head, bludgeoning him to death. He was then confronted by Naoma Queen, who had been showering in another part of the house. She threw a cup of scalding coffee on him, and Ferrell attacked her, striking her so hard with the crowbar it severed her brain stem, killing her instantly. The Orlando Sentinel reports after both victims were given ritualistic burns, Ferrell and Anderson searched the house for valuables and left after stealing a credit card, some jewelry and the family’s blue Ford Explorer.

Jennifer Wendorf, Heather's 17-year-old sister, discovered their parent’s dead bodies when she returned home from work that night. Heather wouldn’t realize her parents had been killed until after she left town, according to the Orlando Sentinel.  On November 27, murder warrants were issued for all five teens, including Heather Wendorf.

After four days on the run, police caught up with the group on November 28. The Associated Press reported they were tracked to Baton Rouge, Louisiana after Charity Keesee called her mother. The press soon went wild with stories of “The Vampire Clan,” as they were called in British newspaper The Independent.

In the aftermath of the arrests, Ferrell played the role of vampire super villain to the hilt. In an interview with the Orlando Sentinel, he claimed he was being framed by a rival group of vampires, that he had multiple personalities and that he was “trying to ditch being a vampire.” When photographed he would stick his tongue out or sarcastically say, “God bless America,” reported the Sentinel.

Despite his shows of defiance, Ferrell upended expectations when he pleaded guilty to two counts of murder in the first degree at the start of his trial on February 5, 1998. “He accepts responsibility and he wants to live,” his attorney said, as his mother broke into tears, according to the Chicago Tribune. Weeks later he was sentenced to death, with CBS News reporting Circuit Judge Jerry Lockett saying, “I think you are a disturbed young man. I think your family failed you. I think society failed you.”

For his role in the Wendorf murders, Howard Scott Anderson pleaded guilty in April 1998 and received two life sentences, reported the Chicago Tribune. Soon afterwards, Dana Cooper and Charity Keesee made plea deals in exchange for reduced charges and sentences. Charity Keesee was given 10 year sentence, while Dana Cooper received 17 years, reported the Orlando Sentinel. Both women have since been released from prison. In December 2018, the Daily Commercial reported Anderson’s sentence had been reduced to 40 years, including time already served. He will be 51 when he is released from prison.

Only 17 when he was sentenced to death, Rod Ferrell held the record for the youngest prisoner in America on death row. In November 2000, the Orlando Sentinel reported Ferrell's death sentence was commuted to life in prison after the Florida Supreme Court ruled defendants must be 17 or older when they commit a crime, for execution.

Twice, grand juries declined to press charges against Heather Wendorf for having any part in the murder of her parents. An Orlando Sentinel profile from 2006 found her married and studying art in North Carolina, though alienated from her family.