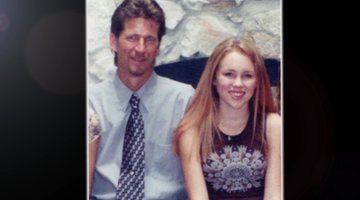 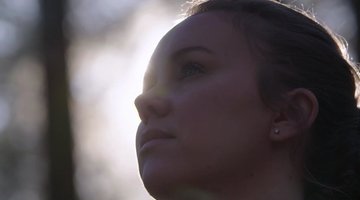 Kara Robinson Chamberlain, a kidnapping survivor, now reaches thousands of viewers on TikTok with her advice about overcoming trauma. But what happened to the man who abducted her?

On June 24, 2002, 15-year-old Kara Robinson was at a friend’s house in Lexington County, South Carolina preparing for a day at the lake. While her friend got ready, Robinson was watering the front lawn.

In broad daylight, Robinson was abducted by a stranger who had pulled up in his car and approached her, ostensibly to hand her some magazines, she told “Escaping Captivity: The Kara Robinson Story,” a two-hour Oxygen special that premiered September 26 and is now streaming.

The man held a gun to her head and threatened to shoot her if she screamed. Her abductor, later identified as Richard Evonitz, told her to get into a big plastic container in the car’s backseat. “At that point, my brain shut off my emotions. I just went into survival mode,” she told Oxygen.

The kidnapper took Robinson to his apartment, where he repeatedly sexually assaulted her and held her captive for 18 hours. Throughout her ordeal, Robinson focused on her abductor and her surroundings to gather information she could use.

Dawn was breaking when Evonitz fell asleep and Robinson recognized her chance to flee.

“I just ran,” she said. “I didn’t look back for a second.” Robinson sprinted toward a car in the parking lot and pleaded with the people inside to bring her to the police station.

After her escape, Kara helped lead authorities to her abductor’s apartment. The information she’d stored in her head  proved invaluable in confirming his identity.

Inside Evonitz’s apartment, authorities made a chilling discovery. His belongings connected him to the abduction and murder of three girls who’d been taken from their homes in Virginia years earlier: Sofia Silva, 16, in 1996, and sisters Kristin, 15, and Kati Lisk, in 1997.

By the time authorities arrived, Evonitz had fled, eventually making his way to Sarasota, Florida.

On June 27, 2002, “police finally caught up with him in Florida, where he led them on a high-speed chase, and finally cornered him,” wrote the New York Daily News. “He pulled a gun. As they released a police dog, he put the gun in his mouth and pulled the trigger.”

Two days after Robinson’s bold escape, she found out that Evonitz had killed himself. “I was really, really angry,” she told producers.

"I just wanted him to sit across from me and look in my eyes,” she said, “and know that picking me was the greatest mistake he ever made.”

Investigators said they might never have stopped Evonitz had Robinson not saved her own life, reported WISTV.com.

The investigation into Evonitz as the killer of the three girls in Virginia didn’t end with his death. Authorities found the fingerprints of Krista Lisk inside one of his vehicles, further incriminating him in the heinous murders. They also found evidence he was stalking other girls in Virginia, according to The Associated Press.

“Following my escape, I was able to go to Virginia and meet with the families of the three girls,” Robinson said. “And that meant so much to me.” It also helped forge her future career decisions.

In 2010, Robinson graduated from the South Carolina Criminal Justice Academy, reported WISTV.com. She began working with the Richland County Sheriff's Department as a school resource officer.

Today, 19 years after her harrowing ordeal, Kara Robinson Chamberlain is married with two sons -- and 219,700 fans on TikTok, where she seeks to “spread hope and encouragement to other survivors,” she notes at kararobinsonchamberlain.com.

How Did Kara Robinson Escape Her Abductor?