Sign Up for Free to View
Did a Dog Help Solve the Case of Vicki Lee Ross? 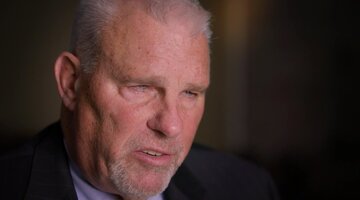 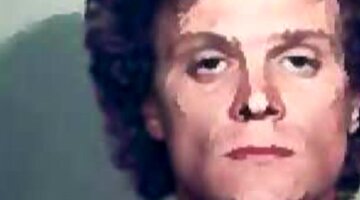 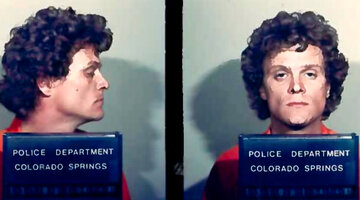 On the morning of April 7, 1987, Colorado Springs police responded to a report of a suspicious vehicle parked near a city cemetery.

Inside, officials observed a woman wrapped in an electric blanket who appeared to be deceased. She was identified as 20-year-old Vicki Lee Ross, a vibrant, fun-loving local resident.

It was later determined Ross had been dead for a number of days — on April 3, a missing persons report had been filed on her behalf. Officials had reason to believe they had a homicide on their hands.

“Police were able to observe there was blood around her mouth. There were some scratches on her face and some bruising,” Robert Brown, former Colorado Springs Chief Criminal District Attorney, told “Exhumed: Killer Revealed,” airing Sundays at 7/6c on Oxygen.

A search of the car revealed no signs of a struggle; police believed the crime had happened at another location and her body was dumped. Animal hairs found on the blanket, which police confirmed didn’t belong to the victim or her family members, were sent to the lab for analysis.

Police interviewed Ross’ family and determined that she was last seen alive by them shortly after 9 p.m. at the grocery store where she worked on the night of April 2. Her aunt saw Vicki get in her car and drive away after her shift. They also learned that she planned to go to visit her grandparents, but had never arrived. Her car was seen at the cemetery early in the morning on April 3, so the timeline indicated that her murder occurred between 10 p.m. and 6 a.m.

The El Paso County Coroner's Office conducted the autopsy and immediately found that several of her nails had been ripped off.

“The autopsy also revealed that there was a sexual component to this case as well,” said Det. Arthur “Skip” Arms, now retired from the Colorado Spring Police Department.

Ross had bruising around her genitalia. In addition, her pubic hair had been haphazardly and incompletely shaved.

The cause of death was determined to be asphyxia due to strangulation.

Investigators focused their efforts on determining who Ross was with in her final hours, learning Vicki had gone to the home of her friend, Marilyn, after she got off work. Marilyn had hosted a small party and she recalled seeing Ross speaking to a man named Norman Wiegand, later leaving with him.

Wiegand, then 30 years old, was brought in for questioning. He admitted that he left the party with Ross, but he claimed that they went to his house, watched videos until 2 a.m., and then she left.

When they explored Wiegand’s history, police found that he had a questionable past. He was the subject of a number of sexual assault investigations and had spent time in prison on one such charge, according to “Exhumed: Killer Request.”

Wiegand had mentioned he had a girlfriend in his initial interview. Detectives questioned the woman, who said that Wiegand told her he wasn’t feeling well on the night of April 2. The next day, she said, Wiegand looked exhausted and, atypically, wouldn’t remove his shirt when he went to bed. It was odd because he always slept in the nude, according to investigators.

“She was able to look under his shirt while he was asleep and she noticed there were scratch marks,” said Brown.

When she noticed blood on the sheets, Wiegand told her his dog was in heat, she said. The fact that he had a dog was a possible link to the blanket Ross had been wrapped in, investigators thought, but they soon learned from the Colorado Bureau of Investigation that the hairs on the spread were actually from a cat.

Wiegand consented to investigators searching his resilience, where they found no signs of struggle. They did, however, find an electric razor “which would have been consistent with the type of markings on Vicki,” Brown told producers.

Although Wiegand was a suspect, police lacked sufficient evidence to make an arrest. So, they surveilled him and canvassed his neighbors. One who lived above him stated that she shared a storage space with him. She also noted her electric blanket was missing, but she still had the cord. Using serial numbers, detectives matched the blanket wrapped around Ross and the cord.

The upstairs neighbor also had cats that had slept on that blanket.

The blanket gave police enough to arrest Wiegand, who was charged on April 14 with first-degree murder. Still, they needed more evidence to bolster their case. Crime lab technicians sprayed Luminol on Wiegand’s bed, revealing remnants of blood spatter and suggesting a struggle had occurred. A broken fingernail was also found underneath the bed — but to match the torn nail to Ross would require that her body be exhumed.

It was an extreme move but one met with the approval of Ross’ loved ones. The torn nail was found to be a match, a fact that wouldn’t have been known without the exhumation.

Before Wiegand’s trial, investigators learned of a possible motive.

“Norman appeared to be unusually upset at the fact that Vicki owed him $30,” according to investigators. Officials theorized that an argument  over the debt may have led to violence and murder.

In March 1988, Wiegand pleaded guilty to second-degree murder. The judge sentenced him to 46 years.

Wiegand died from a heart attack while serving time in 2014.

To find out more about the case and others like it, watch “Exhumed: Killer Revealed,” airing Sundays at 7/6c on Oxygen, or stream episodes here.

A Paystub And An Exhumation Solve Texas Mom's Murder