Sign Up for Free to View
Did Leslie Dickenson's Boyfriend Have Anything to Do With Her Death? 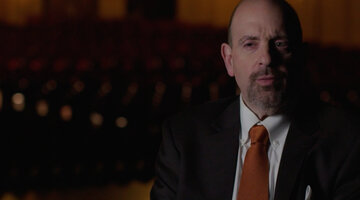 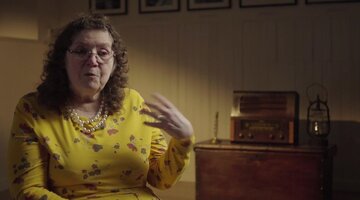 1:19
Exclusive
What Was Leslie Dickenson’s True Cause of Death? 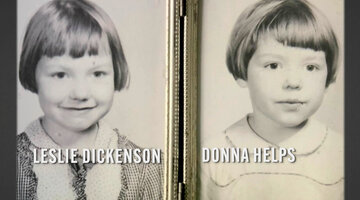 1:21
Exclusive
What Was the Relationship Like Between Donna Helps and Leslie Dickenson?

In 1987, Leslie Dickenson, 38, a horse groomer who lived and worked at Vernon Downs in New York, was found hanging in her dorm room at the race track.

The grim discovery was made after the Oneida County sheriff's department responded to a 911 report of smoke billowing out of her residence. Another groom had alerted a guard to the fire.

“It was a pretty horrific scene,” Det. Joseph Lisi, now retired from Oneida County Sheriff’s Office, told “Exhumed: Killer Revealed,” airing Sundays at 7/6c on Oxygen. “There was blood around her wrists. Her throat was cut. There was an extension cord around her neck. The cord was tied off to a shelf above her.”

A forensic team took photographs and collected evidence, including a vodka bottle and electric knife. The noose suggested Dickenson died by suicide. But could it have been murder?

Investigators learned more about Dickenson, who’d been dating a fellow groom. He’d left town two days before she died — it turned out that he’d gone to work at a different track. He had a solid alibi and was ruled out by sheriffs.

As detectives dug deeper, they discovered Dickenson had a history of depression. She had tried to kill herself when she was 15 and was hospitalized for several months as a result. The medical examiner determined that the cause of death was asphyxia, secondary to hanging, a probable suicide. The case was closed.

But three years later it was opened again, following a call to Lisi from Sgt. Gregory Flynn, now retired from the Pompano Beach Police Department.

Flynn informed Lisi of the death of a 32-year-old Pamela Albertson, a groom at a local race track with two children in Ohio. Her demise was strikingly similar to Dickenson’s.

Albertson was found in her room alone. It appeared that her death was a homicide because of bruising and other injuries to her body and the way she was dressed. Flynn suspected that she had been sexually assaulted and strangled. As the detective canvassed witnesses, the name of a groom at another stable, Robert Hayes, repeatedly came up.

“He would consistently tell her that he was going to have sex with her,” said Flynn. “This went on for a long period of time.”

When police ran Hayes’ fingerprints through their data system, they discovered that he was on probation.

Between circumstantial evidence and Hayes’ history, authorities had enough to hold him. But the clock was ticking to put together a strong enough case to present to the State’s Attorney’s Office.

“In Florida there is a case law that if you can show similarity of the defendant’s participation in other crimes prior to this crime you can use those cases when you prosecute this case,” Flynn told producers.

Horse racing is a small world. During this phase of his investigation is when Flynn spoke with a witness familiar with the Dickenson case in New York. That’s when he called Lisi and shared Hayes’ name.

Lisi reviewed notes from his investigation and came to the startling realization that he had interviewed Hayes. He was the person who reported the fire to the race track guard.

“We had to make this right for the family,” Lisi said.

Lisi and Flynn shared resources and notes as they worked together on the cases. They spoke with hundreds of witnesses and one of them made a game-changing statement: The individual revealed that Hayes admitted to killing Dickenson because she’d enraged him by spitting in his face.

“He slapped her, he hung her, and cut her throat,” said Lisi, adding that he made it look like she killed herself.

To move further with the Dickenson case, her body would have to be exhumed because her cause of death had been ruled suicide. An exhumation was needed to determine if, in fact, her death had been a homicide.

Dickenson’s body was relatively well preserved. The medical examiner observed a wound on her cheek and wounds on the back of her hands. Those cuts were more inconsistent with defensive wounds than a suicide.

The most conclusive finding was that Dickenson’s hyoid, a small bone in the neck, was fractured. The same was true of Albertson. Such a break is consistent with strangulation.

In the spring of 1991, Hayes went on trial for Pamela Albertson’s rape and murder. He was found guilty and sentenced to death. But four years later his conviction was overturned on an appeal.

The case was retried without DNA evidence deemed to be unreliable and Hayes was found not guilty.

His trial for Dickenson's death moved forward, though. It would be “an uphill battle,” said Michael Coluzza, Oneida County Assistant District Attorney. Evidence at the scene had been destroyed. Only photographs remained.

In 2002 investigators painstakingly interviewed witnesses. They learned from several groomers that when Hayes had a few too many drinks he tended to talk about the night he murdered Dickenson.

Another telling, and ultimately damning, detail emerged. Hayes wore fancy cowboy boots. Notes from original interviews noted that Hayes was barefoot when he spoke with officers after reporting the fire.

Crime scene photographs revealed Hayes’ boots that had been collected as evidence.

In 2003, Hayes was charged with the first-degree murder of Leslie Dickenson. At that point, Hayes’ lawyer said that he was ready to make a deal.

Hayes pled guilty to manslaughter in the first degree, burglary, and attempted arson. He admitted in court to killing her and staging the scene like a suicide. He was sentenced to 15 to 45 years in prison. He will be eligible for parole in June 2025.

“I hope he rots in jail,” said Donna Helps, Dickenson’s sister. “I hope he never gets out.”

To find out more about the case and others like it, watch “Exhumed: Killer Revealed,” airing Sundays at 7/6c on Oxygen.

'Illegal Exhumation' Leads To Capture Of Man Who Killed Wife