Sign Up for Free to View
Loretta Jones's Body Is Exhumed 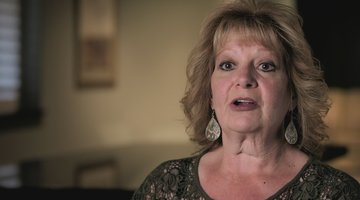 1:44
Preview
Was The Key To Loretta Jones's Case Buried With Her? 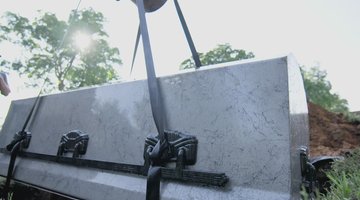 On July 30, 1970, a 4-year-old girl woke up in her Price, Utah home and saw something that would shatter her life forever.

"When I got up I looked through the keyhole into the front room and when I opened the door there was blood everywhere. It was my mom's lifeless body," Heidi Jones Asay recounted to "Exhumed," airing Sundays at 7/6c and 8/7c on Oxygen. "It was terrifying."

After Jones Asay found a neighbor who called police, authorities rushed to the scene. Her mother, Loretta Jones, 23, was indeed dead. There was blood all over the living room, but no signs of forced entry, indicating she likely knew her attacker. She had been sexually assaulted.

"Jones had 17 stab wounds. ... A lot of rage went in on this one," Sgt. David Brewer with the Carbon County Sheriff's Office told producers.

Curiously, Jones barely had any defensive wounds and Jones Asay, when questioned by police, said she hadn't heard her mother screaming or anything like that the night of the killing.

“I believe Loretta stayed quiet to protect her own child because she was afraid her daughter would run out and get hurt as well," Brewer concluded.

A medical examiner confirmed she was murdered with a small, narrow knife and also found semen on her, but DNA testing was still in its infancy in the 1970s. They weren't able to find a match. However, they did have an important lead — the same day Jones was killed, a man tried to abduct a 10-year-old girl who lived nearby.

Lori Kulow Fennel was outside playing when a strange man grabbed her and tried to take her, but she managed to scream loudly enough to scare him off. It seemed too bizarre of a coincidence for there to be two criminals attacking women in the same quiet neighborhood on the same day.

Another essential clue surfaced after Asay Jones started talking more about that night. Her grandmother went to police after Asay Jones told her she heard a man in their house telling Jones he was going to kill her, who she thought was Jones' friend "Tom."

Authorities scoured Jones' diaries and did find mention of a Tom — Tom Egley, a man she dated for just about two months. When they tracked Egley down, he denied any involvement in the killing and said he spent the day of the killing in town having drinks, eating a hamburger, and window shopping. A bar owner confirmed she did see him later that night, but mentioned he had red spots all over his shirt.

Luckily, investigators had a key witness: Kulow Fennel, who identified Egley out of a lineup as the man who tried to kidnap her. “They said, 'Is this the guy?' I felt like was about throw up," Kulow Fennel recalled to producers.

They were able to charge him for that crime, but even after searching his home and questioning Egley, they had nothing to connect him to Jones' murder. Egley served just 90 days in prison for the abduction attempt. Jones' murder case went cold.

Then, in 2009, Jones Asay was able to get in touch with Brewer, who was an old high school connection. After telling him about her mother's unsolved murder, Brewer was intrigued. However, he knew it would be an uphill battle — all of the crime files had been lost. All he really had to go off was Jones Asay's recollection, past media coverage, and a strange photograph of Jones Asay taken at the crime scene with the blood-soaked carpet.

"That picture kind of set me back a little because why are they taking a picture of her where her mom died? [...] But this picture is the only crime scene photo we have,” Brewer explained.

After tracking down witnesses mentioned in newspapers at the time, Brewer was directed to speak to Egley's then-girlfriend. She revealed some explosive information: The night of Jones' killing, Egley came home very late and immediately took a bath — with all his clothes on. The next day, he went to the laundromat and when he returned, it was obvious he was missing several items of clothing.

Brewer tracked down Egley to his current residence in Rocky Ford, Colorado, where Egley said one of his old girlfriends was murdered but claimed he couldn't remember her name. However, strangely enough, he could remember what he did that day decades ago, including eating a hamburger. Brewer was sure he had found the murderer, but much like authorities before him, he had no concrete physical evidence.

In July 2016, he decided their only option was to make a major move: Exhume Jones' body and see if there was any usable forensic evidence left behind.

"If there’s just a 1% chance that we find physical evidence, it would be worth the effort," Wally Hendricks, a detective with Carbon County Sheriff’s Office, told producers.

Unfortunately, the body and coffin suffered from extreme water damage. There was absolutely nothing detectives could recover from it. They hoped the exhumation would still rattle Egley, though. They had purposely publicized the exhumation and vaguely claimed they were excited about the results to shake him up.

The news of the exhumation did lead to some crucial tips. The most macabre and shocking came from a woman named Linda who had lived with Jones' parents as a college student. She told police Jones had written her killer's name in blood at the crime scene. At first they didn't believe her, but Brewer told producers after reexamining their only crime scene photo, he could clearly make out a "T" and an "O" in the bloodstain. It only reinforced their suspicions about Tom.

Most importantly, Egley's current neighbor Lisa Carter contacted them after hearing about the exhumation and made a pivotal offer: She said she would talk to Egley and wear a wire to get a confession.

investigators were skeptical, but Carter spent weeks visiting Egley and chatting with him, hinting that police had found crucial information about the killer from the exhumation. Despite all odds, it worked: Egley confessed to stabbing Jones to death, claiming they had consensual sex, got in a fight, and he snapped. Carter even convinced him to tell police what had happened.

In August 2016, 46 years after Jones was murdered, Egley was arrested. He took a plea deal and had the rape charge dropped in exchange for pleading guilty to Jones' murder. In October 2016, he was found guilty of criminal homicide and sentenced to 10 years to life in prison.

"If Tom is ever eligible for parole, I will be at the parole hearing to make sure he never walks as a free man again," Jones-Asay said at the hearing, Deseret News reported at the time.

For more on this case and others like it, watch  "Exhumed," airing Sundays at 7/6c and 8/7c on Oxygen.