Sign Up for Free to View
What Happened to the Harvey Family?

Now Playing
1:10
Exclusive
What Happened to the Harvey Family? 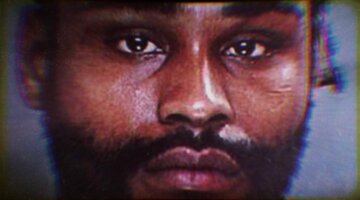 Five days after a mother, father and their two girls were brutally murdered in Richmond, Virginia, another family was killed in a similarly grisly way. Could the annihilations be related?

On New Year’s Day 2006, Richmond firefighters were called to a residential inferno around 4 p.m. When the blaze was extinguished, officials found the bodies of musician Brian Harvey, 49, his wife Kathryn, 39, and their daughters, Ruby, 3, and Stella, 9.

Investigators determined that the victims had been bound, stabbed, and beaten with a blunt instrument. “I saw evil,” Richmond homicide detective Lisa Beadles told “Family Massacre,” airing Fridays at 9/8c on Oxygen.

There were no clear signs of a break-in or a robbery at the home of the Harveys, who were beloved by friends. Except for two hammers found near the bodies in the basement, detectives had no forensic evidence after the house was hosed down to put out the blaze.

“The day after the family was discovered we began the autopsies,” said Darin Trelka, a medical examiner, adding that the four deaths had been prolonged. “Never in my career had I ever faced anything like this.”

After talking with witnesses, investigators realized that Kathryn’s unique wedding ring was missing.

They also spoke with a family friend, who told them that when she arrived with her daughter for an appointed playdate on the day of the murders, Kathryn appeared “jittery” and sent them away.

On January 6, 2006, a call to investigators about a possible homicide 15 miles away in Chesterfield, Virginia changed the course of the Harvey case.

LaToya Pauley reached out to report that she suspected that friend Ashley Baskerville, 21, who hadn’t returned calls, may be dead inside her home.

At the residence detectives found Ashley’s body and those of her mother, Mary Baskerville Tucker, 47, and her stepfather, Percyell Tucker, 55. Victims had been bound with duct tape and cords. Their faces were wrapped in plastic. It appeared that a sock had been shoved down the stepdad’s throat. “I had never seen anybody killed and tortured,” said John Bandy, Richmond homicide detective. “Nobody should die like that.”

The city was very much on edge, said Conrad Simms, Richmond homicide detective: “Do we have a serial killer on our hands?”

Detectives learned that Mary and Percyell were a hard-working couple. She worked for a church. He was a forklift operator who loved his job and his family. “Everybody knew them as nice, churchgoing people,” said reporter Jon Burkett.

They re-interviewed LaToya, who’d met Ashley after the two had gotten out of detention, said Randolf Horowitz, Captain, Chesterfield County PD. They wanted to know what sparked her suspicions about Ashley. She provided the names of Ricky Gray, with whom Ashley was friends, and his nephew Ray Dandridge.

On January 6, LaToya, Ashley, Ricky, and Ray were hanging out and in need of cash, according to Beadles. Ashley, who didn’t get along with her stepdad because of his rules, said he had money in his house. A plot was hatched to fake a kidnapping. They’d tie up Ashley and demand a ransom.

Watch More Episodes Of 'Family Massacre' In Our Free App

“LaToya told us that she didn't want anything to do with it,” said Beadles, but the other three headed to the Tucker home.

Gray and Dandridge returned hours later without Ashley, saying she went “bye bye” because she demanded too big a cut of the money, according to LaToya. That prompted her to reach out to the police.

LaToya agreed to call Dandridge on his cell phone while Chesterfield police taped the conversation. “She asked him about what happened to Ashley. And he basically was saying, ‘Well, we don't have to worry about Ashley anymore,’” said Bandy.

Detectives learned that Gray and Dandridge stole Tucker’s Chevy Blazer to return to Philadelphia. The vehicle was tracked down to the suspects’ relative’s residence in the city.

On January 7, a SWAT team entered the house. Dandridge surrendered and Gray was found hiding behind a water heater, reported the Virginian-Pilot. They were arrested and brought to the Philadelphia Police Department. After being read his rights, Dandridge confessed to the three homicides at the Tucker home.

Gray and Dandridge were charged with three counts of murder.

Autopsies revealed that all three family members died of suffocation and had been stabbed. The bombshell revelation was that Ashley was wearing Kathryn Harvey’s wedding ring. A connection between the two family massacres had been established.

After striking a deal with officials for a lesser sentence, Dandridge confessed to the Harvey family homicides. Upon hearing that his nephew had spilled the beans, Gray gave his account of the quadruple Harvey slayings in which Ashley was their getaway driver.

Gray told detectives that they needed money and were going to break into a house to get it. They observed that the Harvey front door was open and chose that for their home invasion. They took the Harveys captive. When the friends arrived for the playdate, they told Kathryn to cover for them or her family would be killed. She cooperated to protect her loved ones.

After coming to terms with the fact that the family had seen their faces, Gray and Dandridge savagely killed the parents and their girls by cutting their throats and bludgeoning them with hammers. The fire was set to cover their tracks.

Gray’s trial for the murders of the Harveys and the Tuckers began in August 2006. He was convicted and sentenced to death. He was executed on January 18, 2017 at the Greensville Correctional Center in Jarratt, Virginia.

Dandridge’s trial for the murders of Ashley Baskerville and Kathryn and Stella Harvey began in September 2006. Three days into the proceedings he pleaded guilty in return for three life sentences. He is serving his time at a state prison in Waverly, Virginia.

To learn more about this case and others like it, watch “Family Massacre,” airing Fridays at 9/8c on Oxygen, or stream episodes here.

Insects Help Lead Detectives To Man Who Massacred His Family